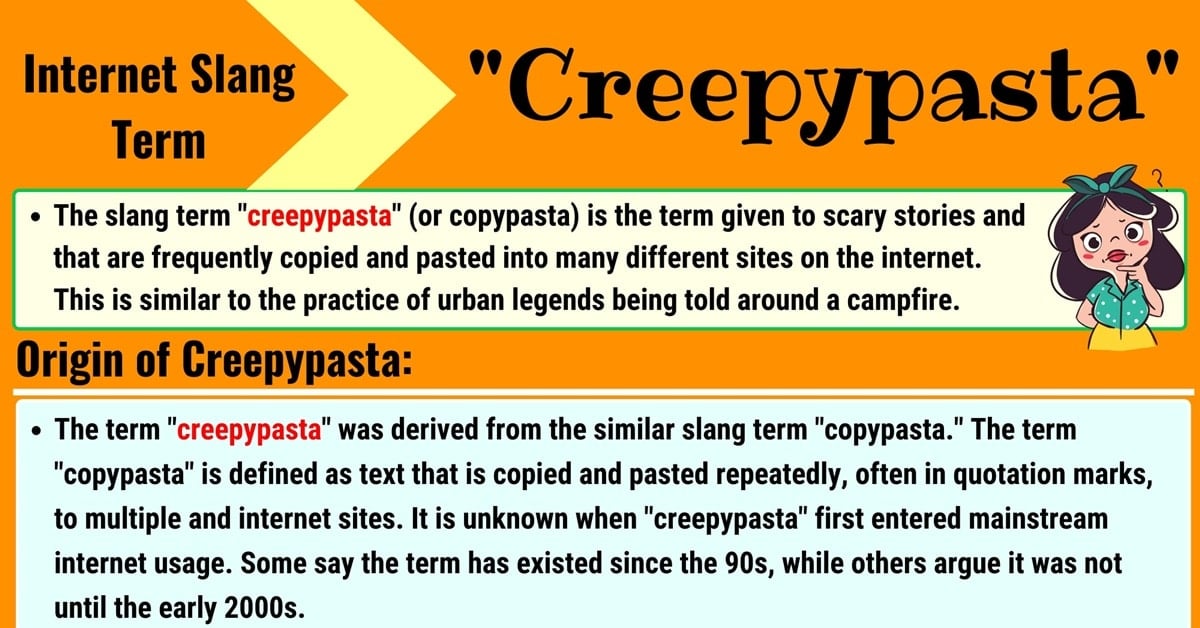 If you are a fan of anything scary and have been surfing the internet, then odds are you have had a previous encounter with “creepypasta.” If you are thinking this term means spaghetti with a Halloween twist than think again. Here you will find the true meaning of the slang term “copypasta” and the information of its origin.

You will also discover if the term has any additional meanings and see the term used in the correct context to help you gain a better understanding of its meaning. In conclusion, you see some alternative words and phrases you can use to replace this word in conversation or a piece of writing to relay the same message.

What Does Creepypasta Mean?

The slang term “creepypasta” (or copypasta) is the term given to scary stories and that are frequently copied and pasted into many different sites on the internet. This is similar to the practice of urban legends being told around a campfire.

The term “creepypasta” was derived from the similar slang term “copypasta.” The term “copypasta” is defined as text that is copied and pasted repeatedly, often in quotation marks, to multiple and internet sites. It is unknown when “creepypasta” first entered mainstream internet usage. Some say the term has existed since the 90s, while others argue it was not until the early 2000s.

Currently, there are no other definitions regarding this term. 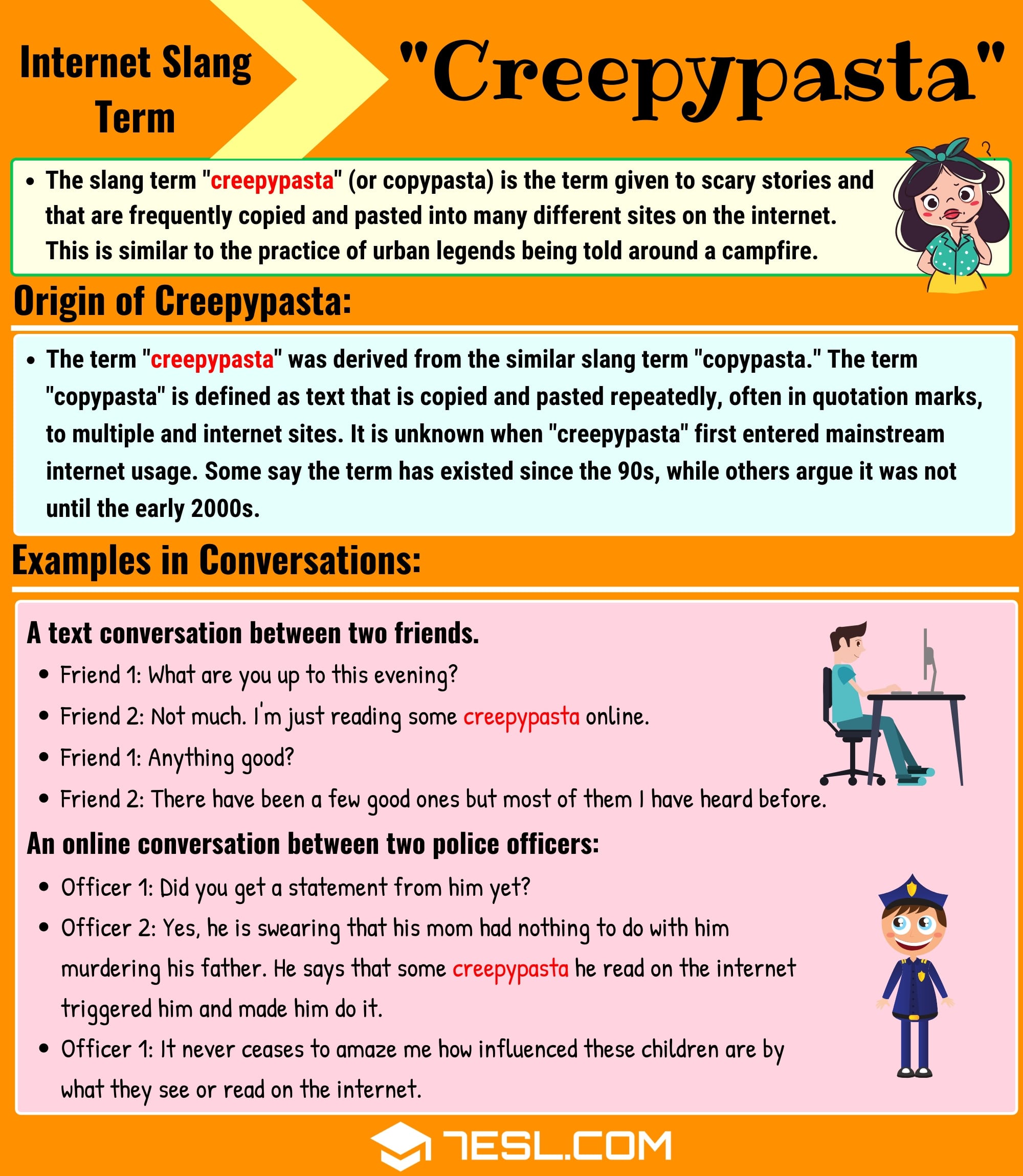