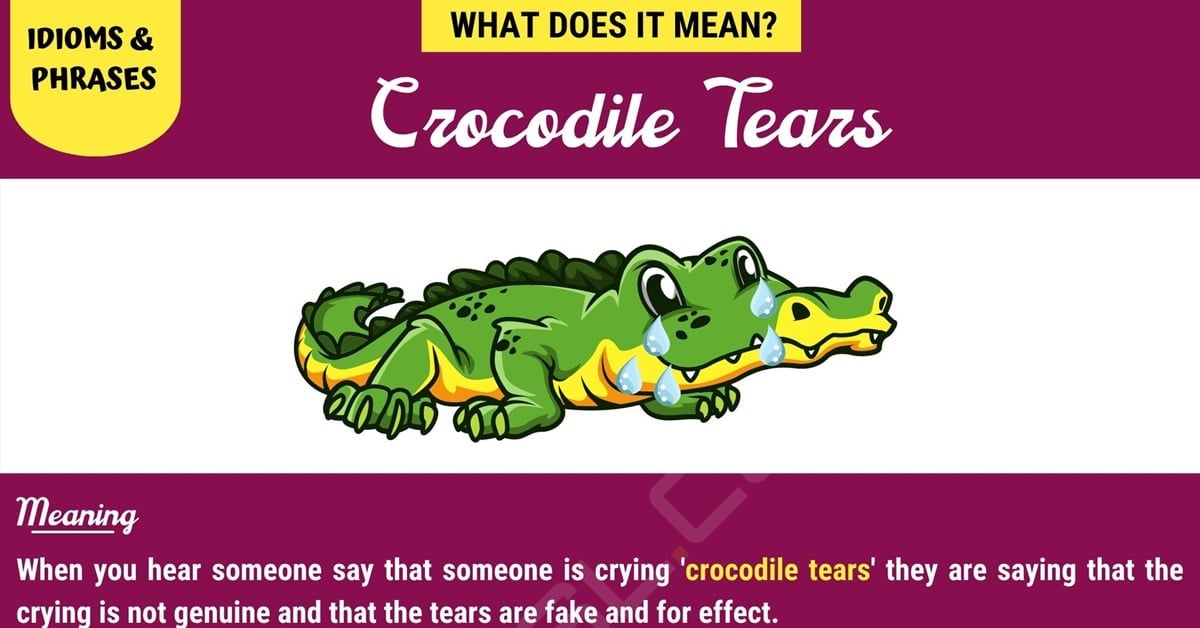 Have you ever heard the term ‘crocodile tears’ used in English conversation and wondered what the speaker was referring to? Here we will take a look at what this term means and how we can use it in our daily conversations. We will also look into where the saying came from.

When you hear someone say that someone is crying ‘crocodile tears’ they are saying that the crying is not genuine and that the tears are fake and for effect.

The phrase ‘crocodile tears’ is said to have derived from the notion that crocodiles cry when they eat their prey. Referring to the ingenuine nature of the tears cried by a person, as the tears of a crocodile are not shed because they are sad about eating their prey.

You would use the term ‘crocodile tears’ when talking about someone who is crying but who doesn’t mean it. For example, if someone is crying in order to get sympathy or attention from someone but is not actually feeling any emotion. You might say something along the lines of ‘Susan, stop crying those crocodile tears, we all know you’re not actually upset about hurting your sister.’

If you are interested to know how to use the term ‘crocodile tears’ in a conversation, here are some examples of how it would fit into conversation

There are other ways in which you are able to express the meaning behind the phrase ‘crocodile tears.’ Here are a few examples. 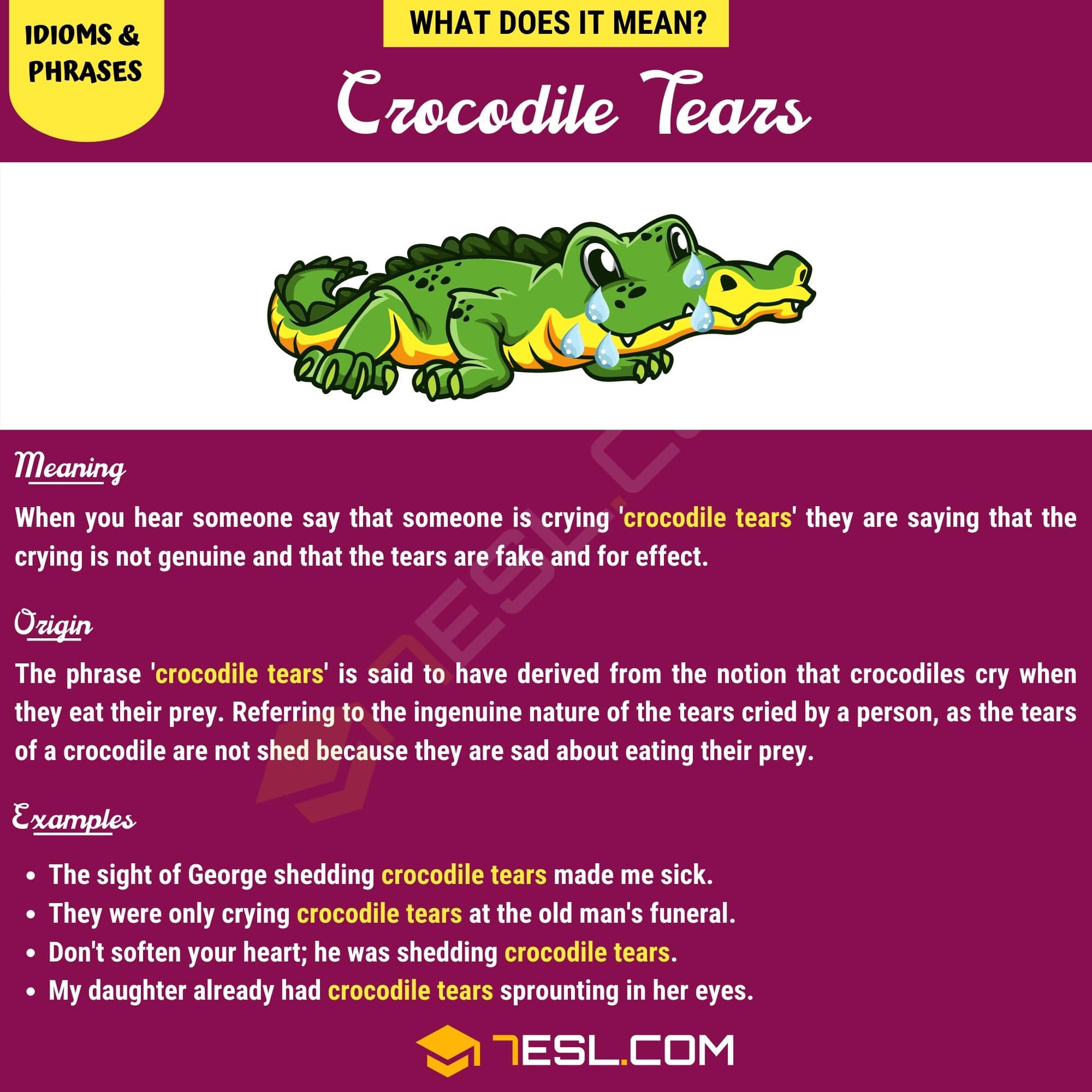