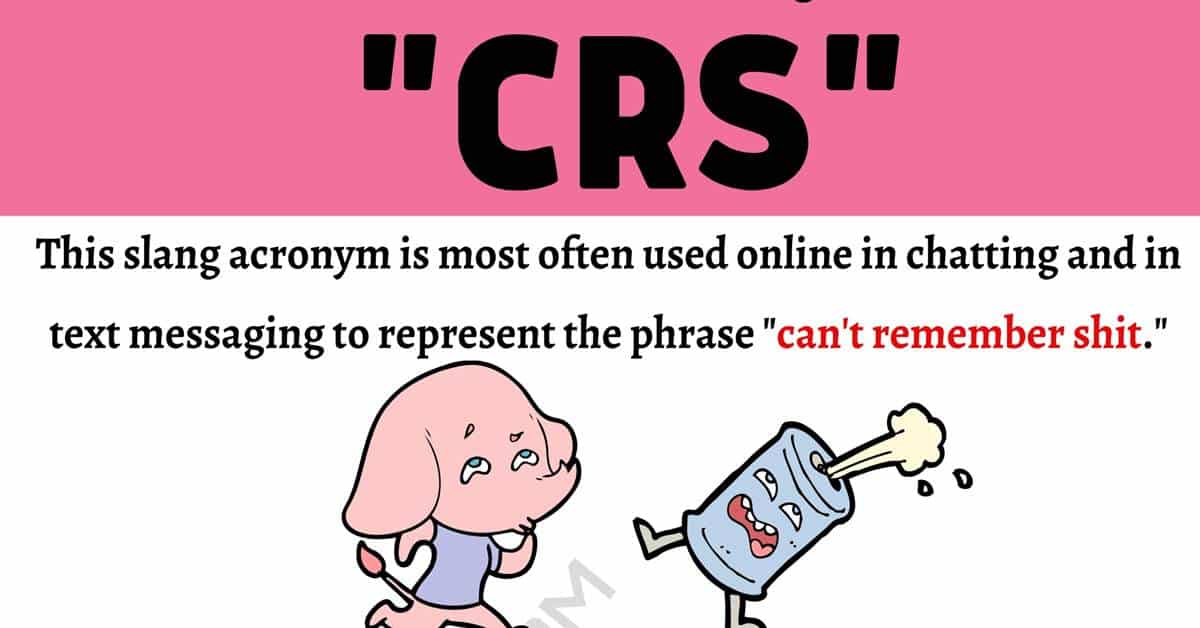 As you may have guessed, “CRS” is an acronym that represents another slang phrase in all forms of electronic communication. It is also sometimes used in regular conversation as well. If you have recently encountered this term being used for the first time and you arrived here wondering what it means, then you have come to the right place. Here you will find the meaning of this acronym and the phrase that it typically represents. You will also find some information concerning the first usage of this text acronym/phrase if such information is available and some other meanings. Conversation examples have been provided for you as well so that you can see how the term is used properly and to aid you in tightening your grip on the meaning of such a phrase. Finally, you will discover some other phrases that would be synonymous with the original so you can use them interchangeably in place of one another.

What Does CRS Mean?

This acronym and the phrase that it represents has been used since at least 2001. It is said that it became widely used terminology after the release of the American film Glory Daze in 1995.

Like most acronyms, this one can also be used to represent many other phrases, official titles, and many other things as well. Although there are too many to list all of the options here, some of the other things this acronym might stand for are “Can’t Remember Stuff,” “Cost Reduction Strategy,” “Computer Reservation System,” “Conditional Release System,” and “Carrier Routing System.”

A conversation between husband and wife via text message.

There are some other phrases that you could use in place of the phrase that this internet acronym represents. Some of the other things you could say instead include: 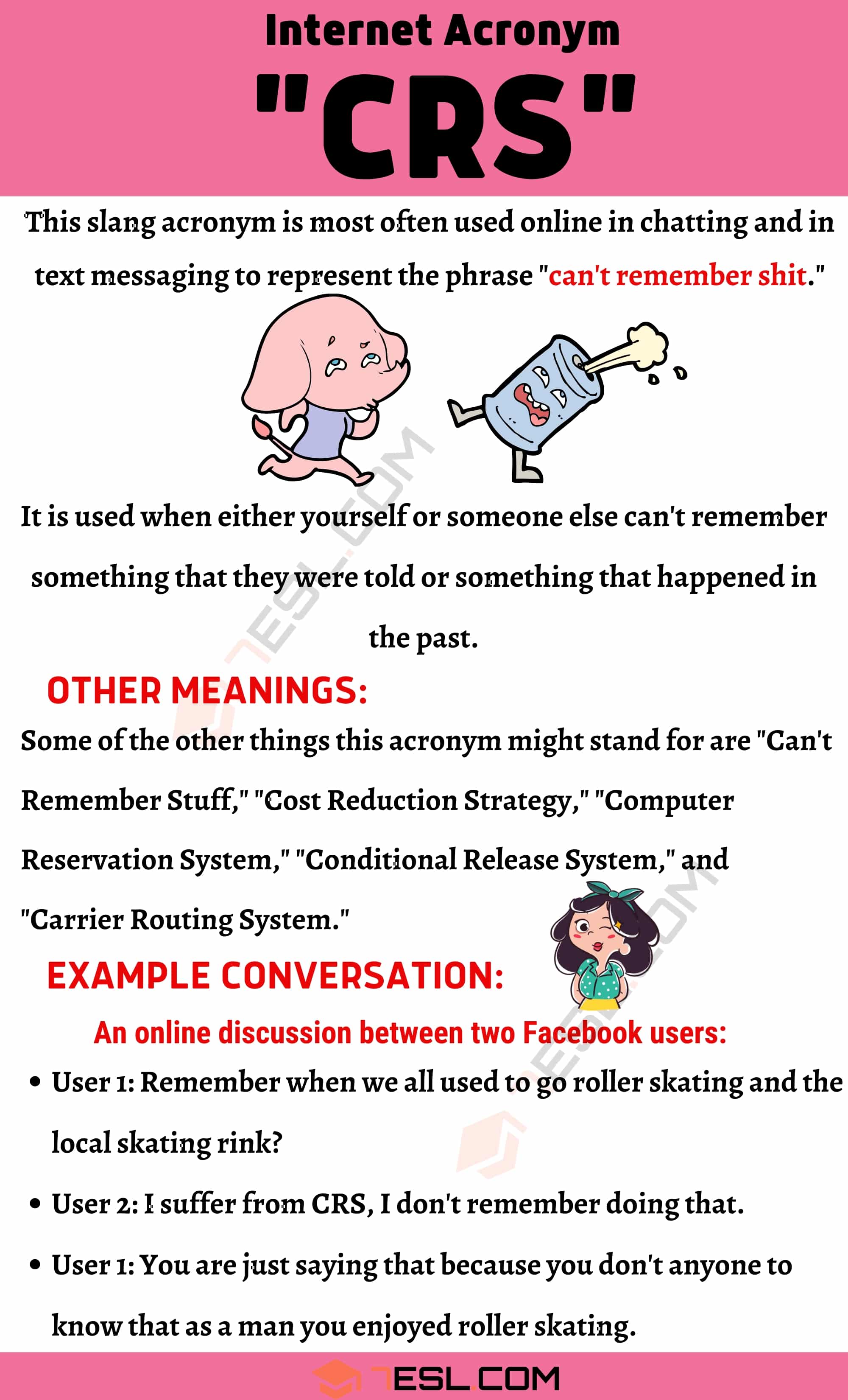