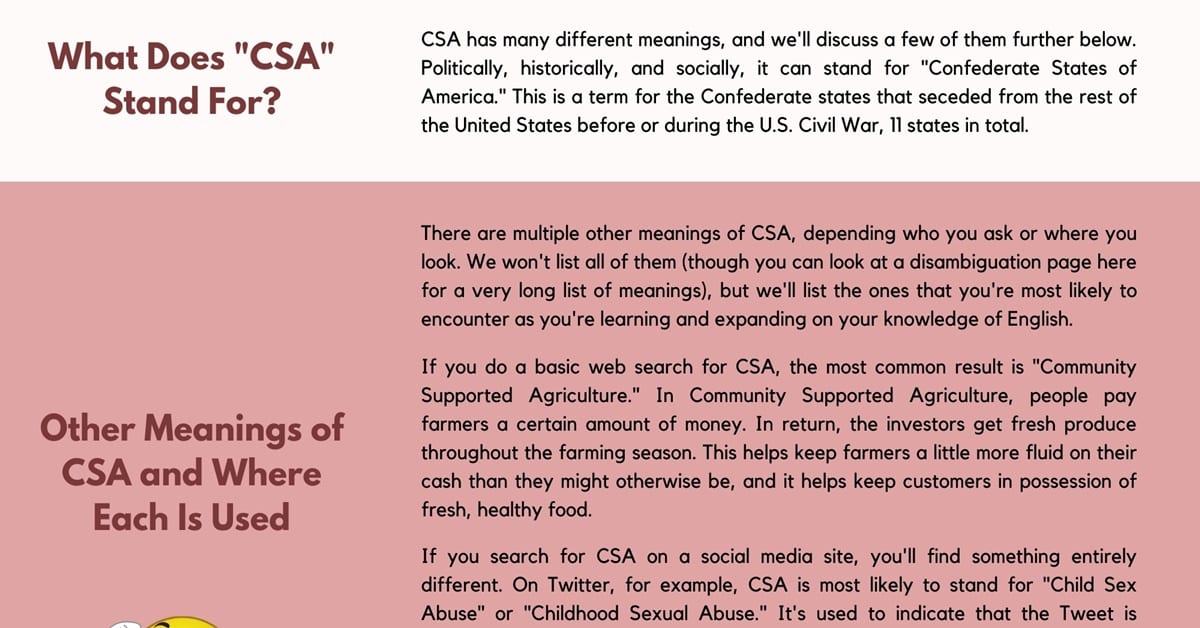 What does CSA stand for? English can be a pretty tricky language. It uses a lot of slang and acronyms, and even slang based on acronyms, and that can make it even more confusing. Luckily, we’re here to help, even with some of the harder to explain acronyms like CSA.

What Does CSA Mean?

CSA has many different meanings, and we’ll discuss a few of them further below. Politically, historically, and socially, it can stand for “Confederate States of America.” This is a term for the Confederate states that seceded from the rest of the United States before or during the U.S. Civil War, 11 states in total.

Other Meanings of CSA and Where Each Is Used

There are multiple other meanings of CSA, depending who you ask or where you look. We won’t list all of them (though you can look at a disambiguation page here for a very long list of meanings), but we’ll list the ones that you’re most likely to encounter as you’re learning and expanding on your knowledge of English.

If you do a basic web search for CSA, the most common result is “Community Supported Agriculture.” In Community Supported Agriculture, people pay farmers a certain amount of money. In return, the investors get fresh produce throughout the farming season. This helps keep farmers a little more fluid on their cash than they might otherwise be, and it helps keep customers in possession of fresh, healthy food.

If you search for CSA on a social media site, you’ll find something entirely different. On Twitter, for example, CSA is most likely to stand for “Child Sex Abuse” or “Childhood Sexual Abuse.” It’s used to indicate that the Tweet is talking about someone who experienced sexual abuse as a child. It can also be used to indicate that it’s talking about someone who perpetrated this type of offence.

Searching for CSA on a political or historical site is where you’re most likely to see it used for Confederate States of America. It has, however, seen a resurgence on social media as some people discuss seceding, some discuss why some other states should secede, and some discuss how different the states that seceded for the Civil War can seem in their values compared to the rest of the country. This use of CSA is especially pronounced during election seasons.

Examples of Use for CSA

The following are some examples of ways you might see or hear CSA. There’s one example in each section for each definition explored on this page.

Alternatives to Using the Acronym CSA

With so many different meanings, including multiple meanings that can be sensitive topics, it’s generally safer to spell out what you’re abbreviating in this case, at least the first time, even in casual situations. This can vary, of course, such as if you’re actively discussing purchase options with a farmer; the context sometimes makes it obvious for you.

What Does CSA Stand for? | Image 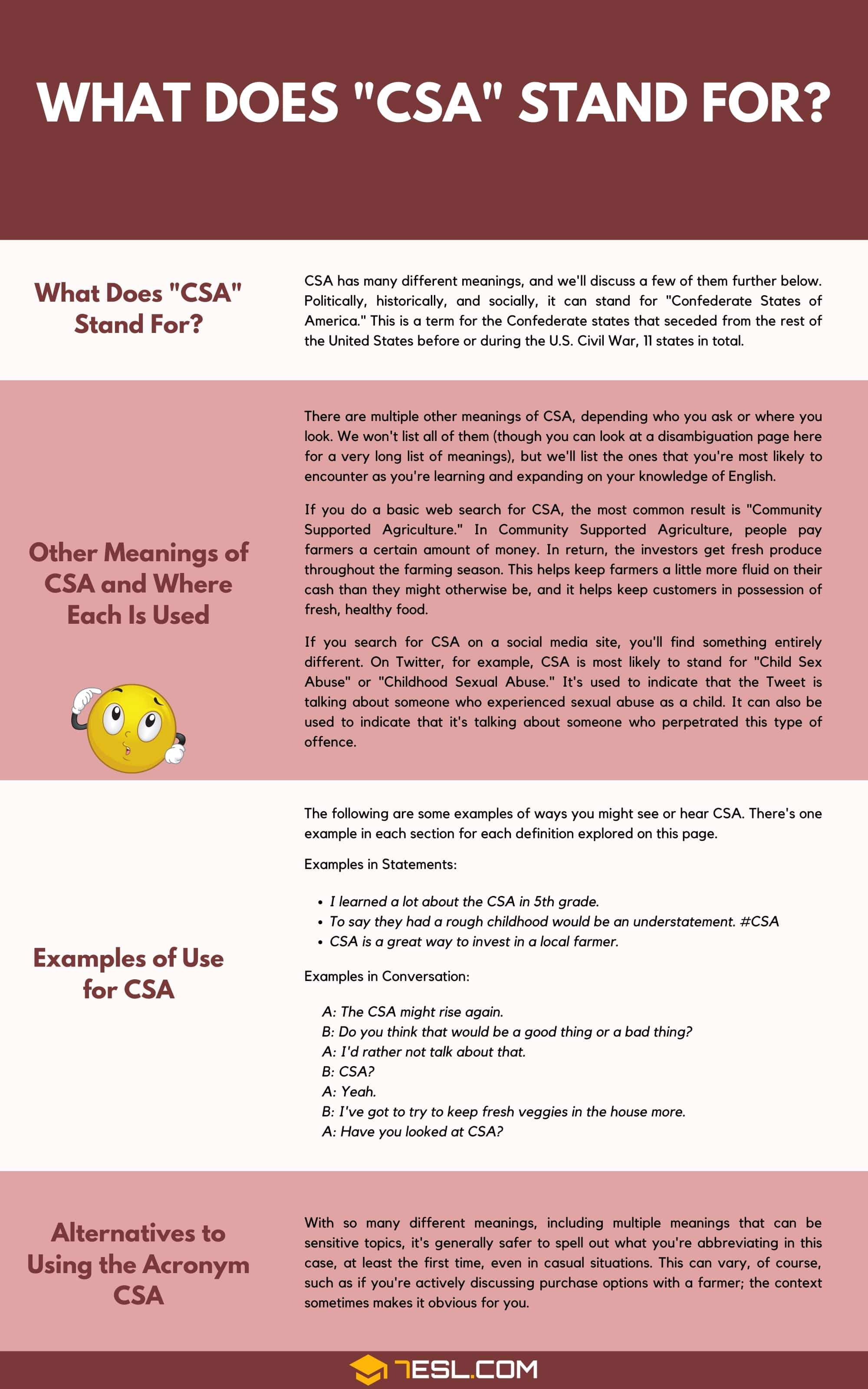