Home
Slang
Cuck Meaning: What It Stands for on Social Media (with Useful Conversations)

“Cuck” is a slang abbreviation that is used mostly online in very specific situations. You may have seen this abbreviation before or not, it highly depends on the people that you associate with online. Regardless of whether you have seen it before or are just curious about the term, you have arrived in the correct spot.

Here you will find the meaning of this phrase and the story about its origin if there is information available. You will also find other meaning if any exist and see the term used in proper context to help you understand its meaning further. Lastly, you will see some words or phrases that you can use as a substitution for this term to relay the same meaning.

What Does Cuck Mean?

The abbreviated term “cuck” is a shortened variation of the word “cuckolded.” The word “cuckolded” is defined as a man who is presumed weak because he allows his Caucasian wife to sleep with other men, especially African-American men.

However, the abbreviated variation “cuck” has a different meaning. The abbreviated version of the word implies that white males who are not completely on board with the ideas of White Supremacy are weak-minded and do not properly represent the views of the GOP.

The origin of the abbreviation “cuck” is recent. The term began being used in the 2016 U.S. presidential election and was used to describe Jeb Bush who was also making a run for presidency representing the Republican party. However, his views about certain subjects were said to not fit the views of White Supremacy and in turn, he was called a “cuck” or a “cuckservative.”

“Cuckservative” is a slang term used to represent someone who is “cuckolded” and a “conservative.” All in all, Jeb Bush was considered a weak candidate for the presidency and the term was used as a racial slur to further undermine his views.

There are no other meanings that can be found regarding the slang abbreviation “cuck.” 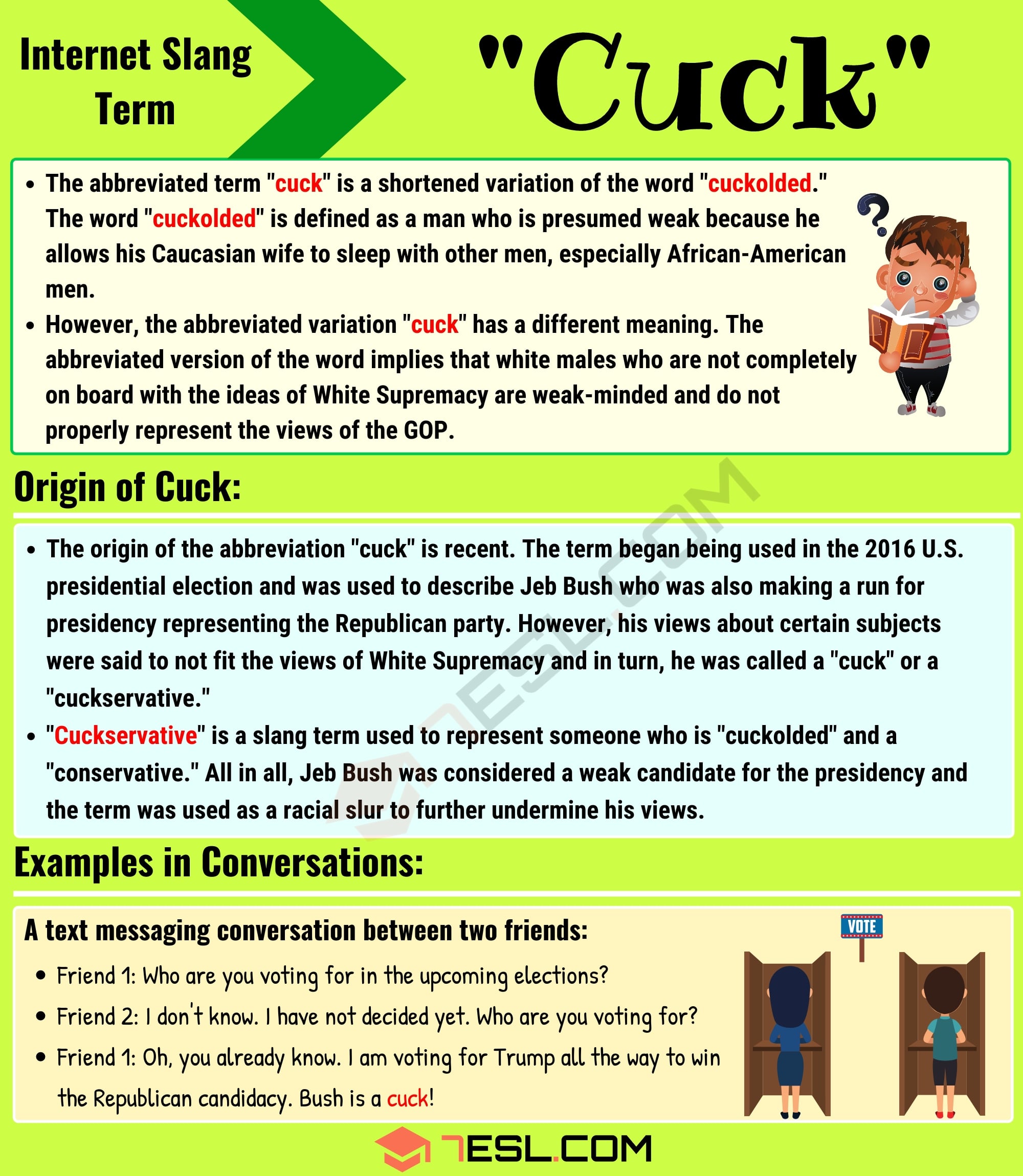