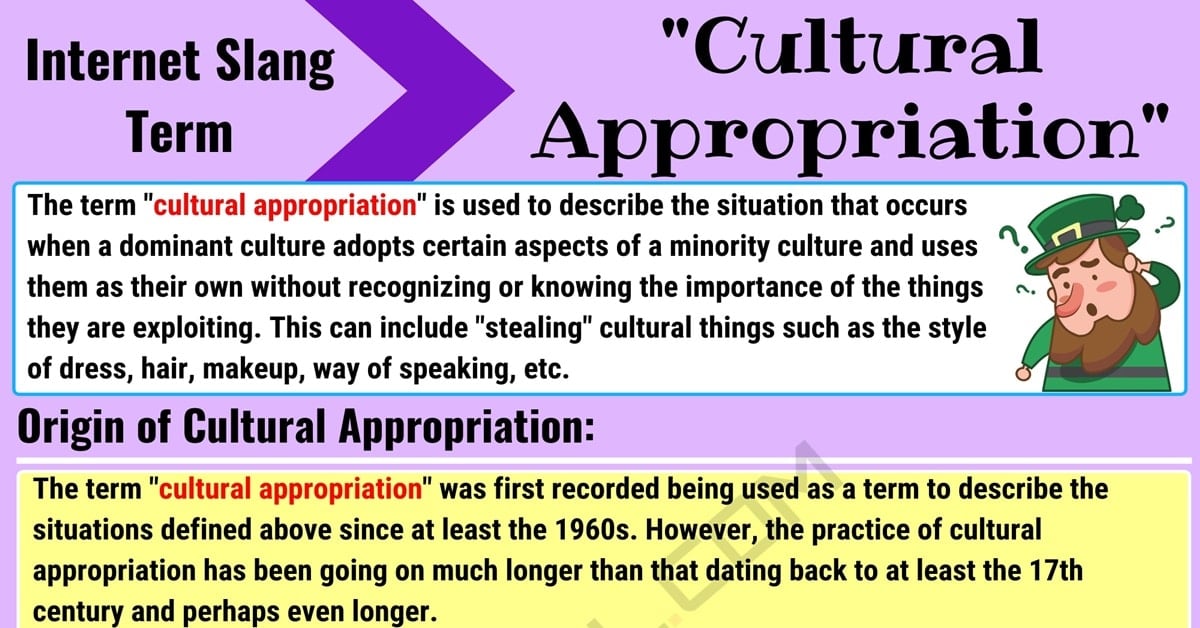 The term “cultural appropriation” is not a slang term. It is actually a well-known term used in particular situations. If you have seen or heard this phrase on the internet or otherwise, your curiosity has led you to the correct place. Here will find the meaning of this term.

Information regarding its origin if available, and other meanings if there are any that can be found. Lastly, you see some example conversations showcasing the term used in the correct context to provide additional understanding and some words or phrases that can be used in place of this term. ,

What Does Cultural Appropriation Mean?

The term “cultural appropriation” is used to describe the situation that occurs when a dominant culture adopts certain aspects of a minority culture and uses them as their own without recognizing or knowing the importance of the things they are exploiting. This can include “stealing” cultural things such as the style of dress, hair, makeup, way of speaking, etc.

There are currently no other known meanings of the term “cultural appropriation.”

There are some words or phrases that you could use instead of the term “cultural appropriation.” Some of the alternatives you could choose to use instead include: 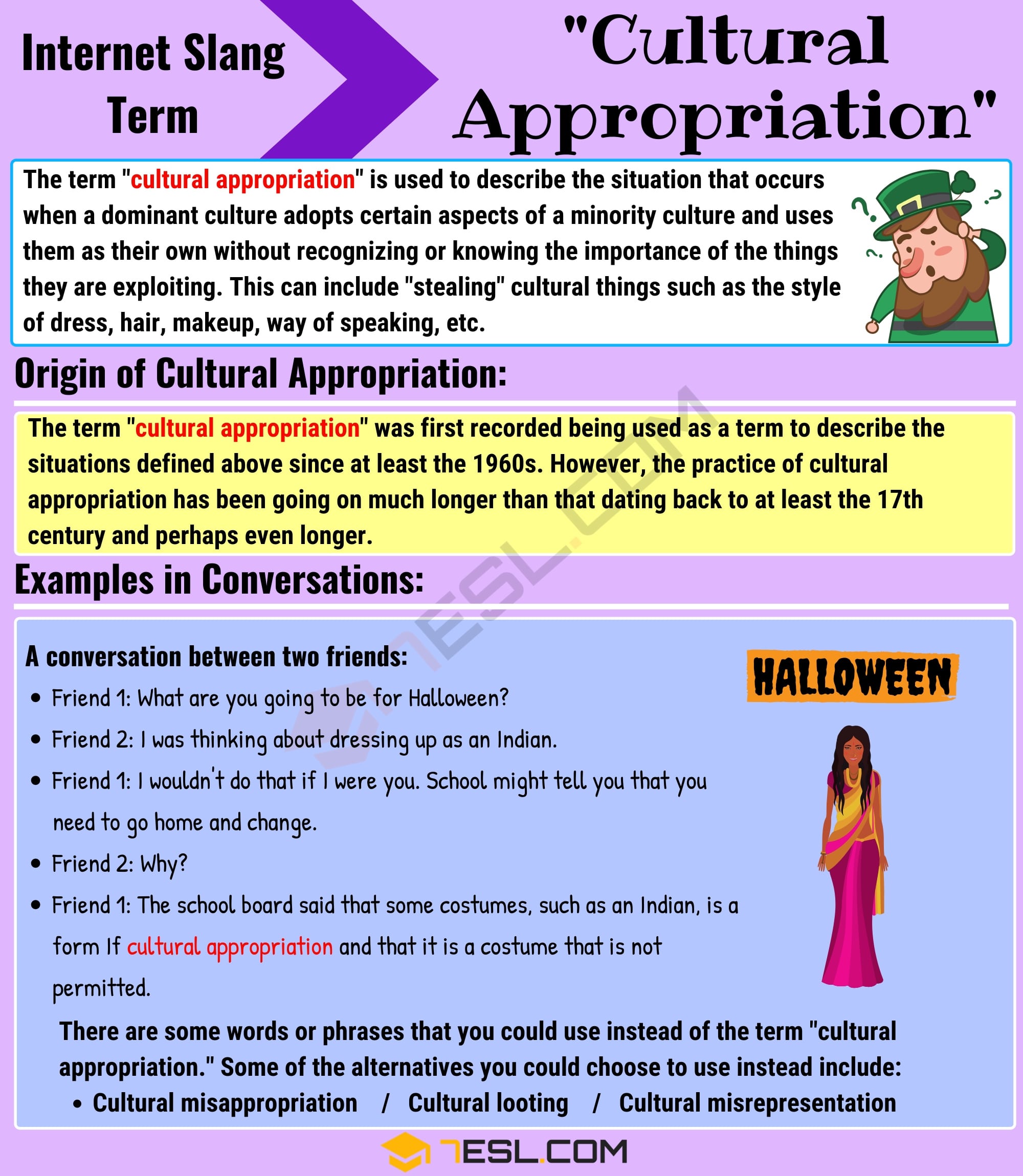