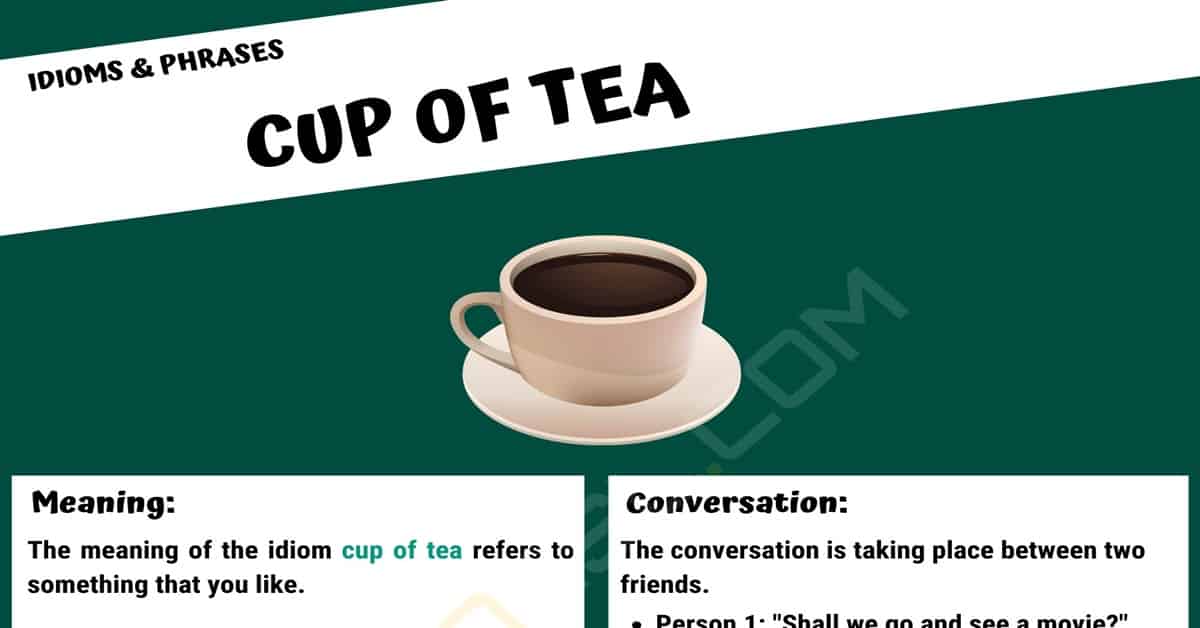 The meaning of the idiom cup of tea refers to something that you like.

Origin of this interesting term

The phrase cup of tea comes from the 1800’s and then over 100 years later in the 1920’s the word not was added onto the start of the phrase to create a negative version of it.

We are now going to take a look at some examples of how the term cup of tea might look in a sentence.

The first statement is being made by a student at school.

The second statement is being made by a husband to his wife.

The term cup of tea might appear in many different conversations so in order to further understand its use, here are some examples of what you might hear.

The next conversation is between two people in the workplace.

There are other ways in which you might refer to the meaning of the term cup of tea.

Here are some examples to demonstrate this.

What Is the Meaning of “Cup of Tea”? | Picture 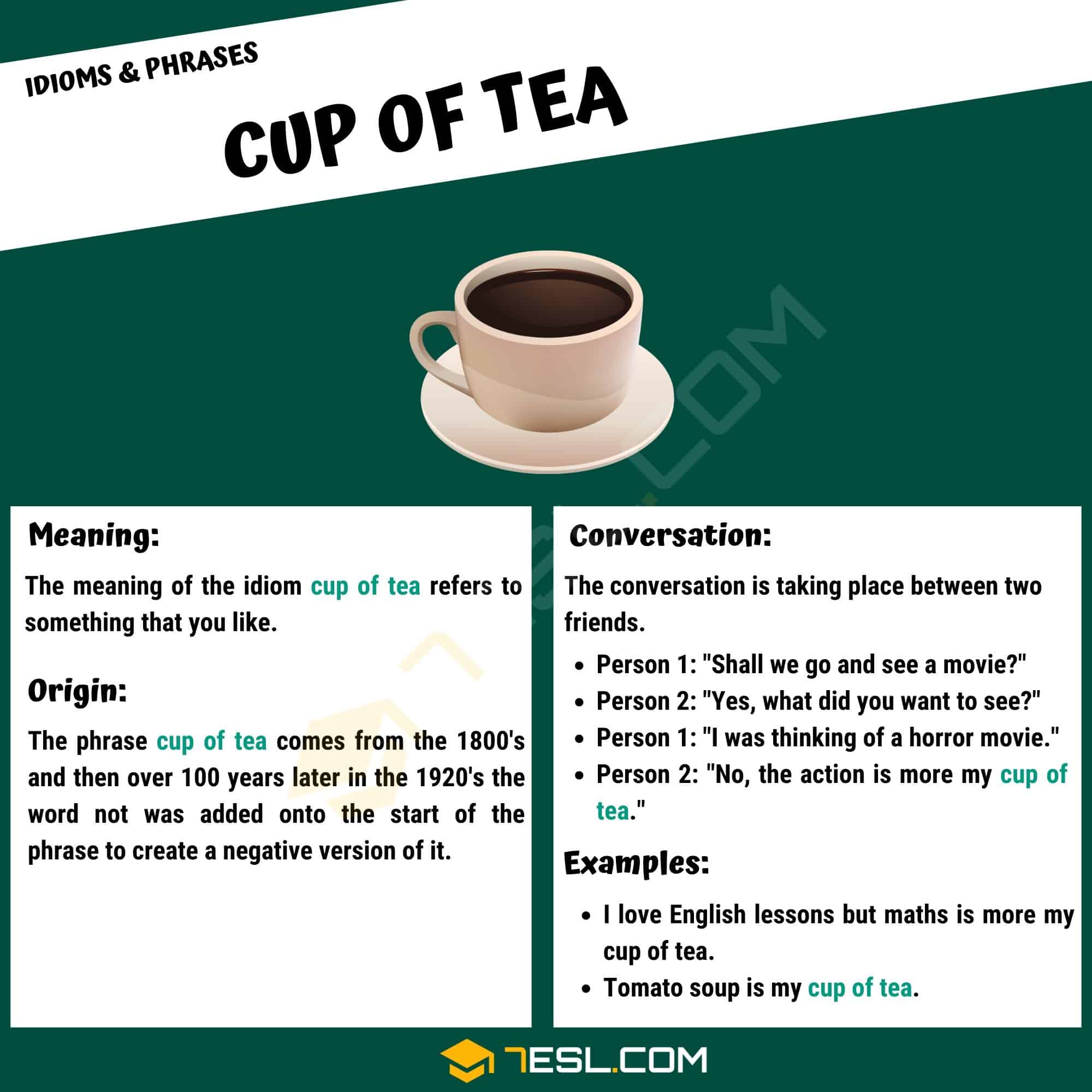