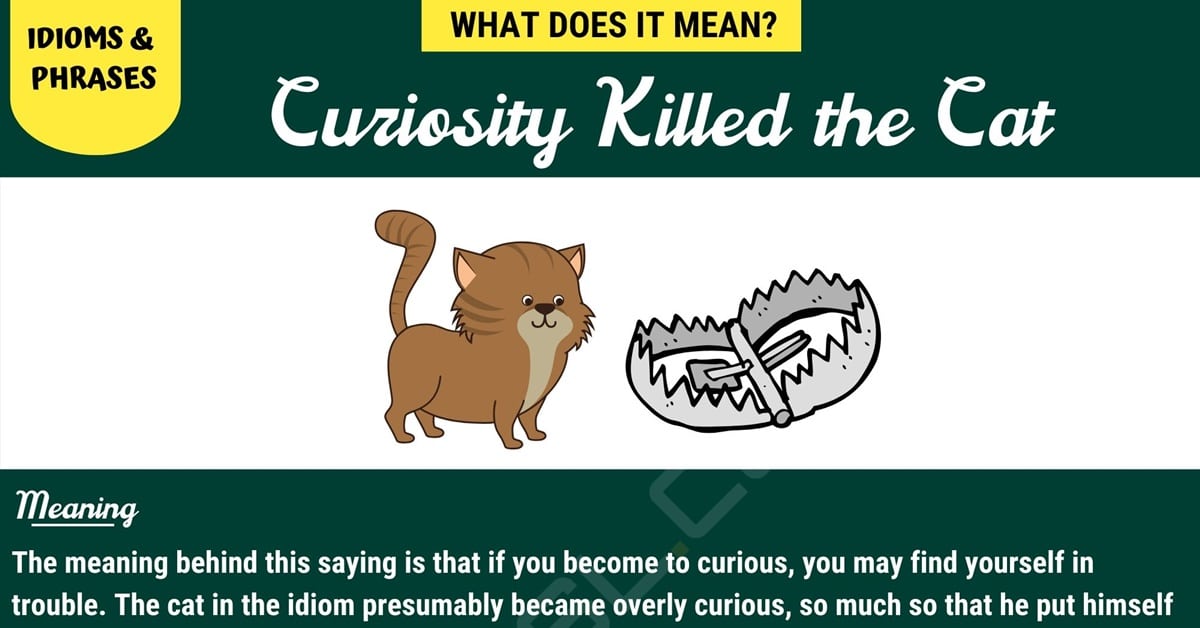 A saying that you may hear often in the English language is ‘curiosity killed the cat.’ But what does this term mean and how are we able to use it in our daily conversations? We are going to look at where this saying came from as well as how to use it and what its meaning is.

The meaning behind this saying is that if you become too curious, you may find yourself in trouble. The cat in the idiom presumably became overly curious, so much so that he put himself into a dangerous situation which led to his death.

The idiom ‘curiosity killed the cat’ was in fact, first used as a literal description of a cat who had let his curiosity get the better of him and he ended up dying as a result. The term was used in a newspaper report about the death of this particular cat, all the way back in 1916 in New York.

You might use this saying in warning to someone who is potentially going to do something dangerous, for example, you might say something along the lines of ‘I’d think carefully before entering that condemned building, you know that curiosity killed the cat.’

There are many instances in which the term ‘curiosity killed the cat’ could be used in everyday conversation. If you are unsure of how you might use it, here are some examples to help you see how it can fit into a conversation.

If you want to express the meaning of the idiomatic term ‘curiosity killed the cat’ in a different way, there are several things you could say in its place. here are some examples.

What Does “Curiosity Killed the Cat” Mean? | Picture 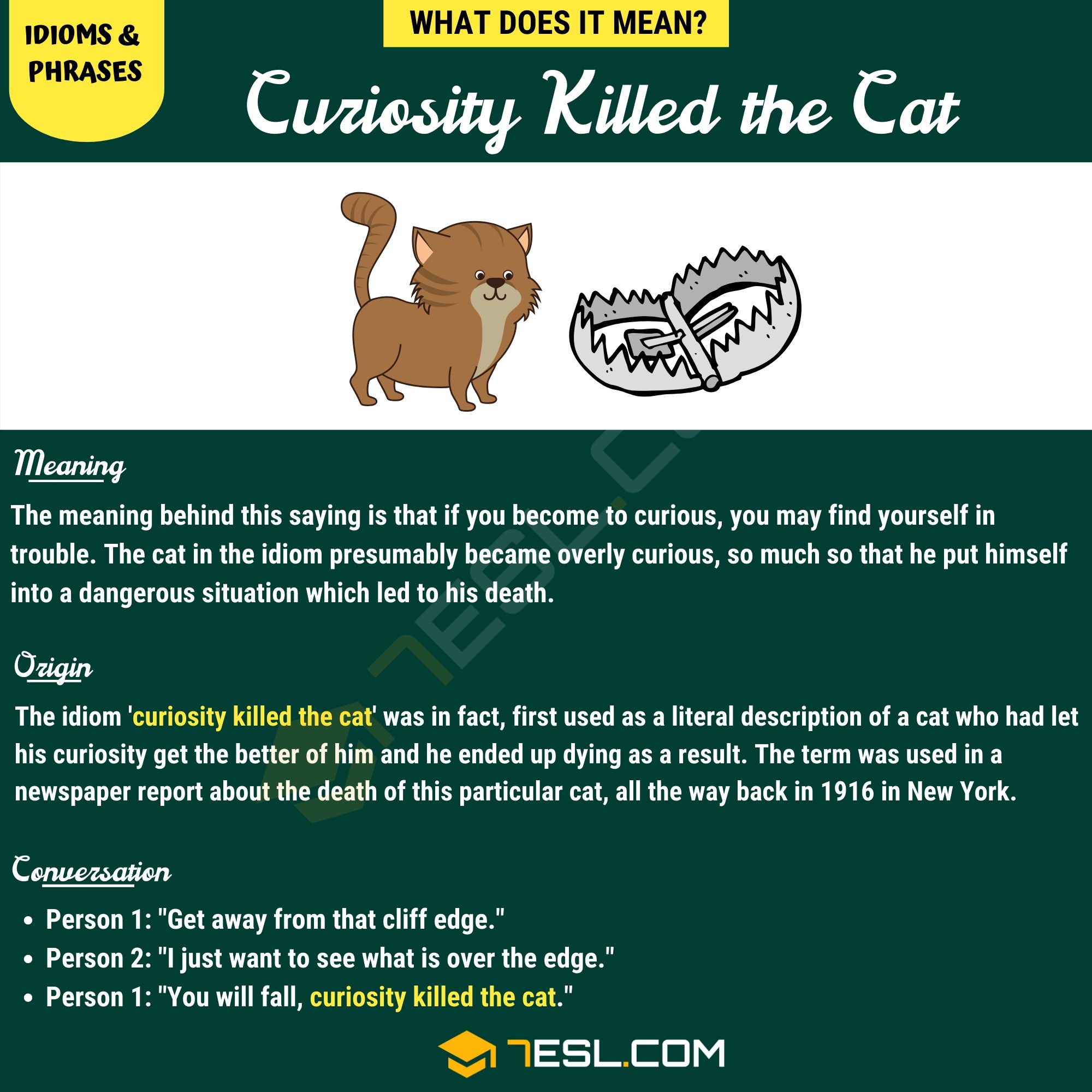