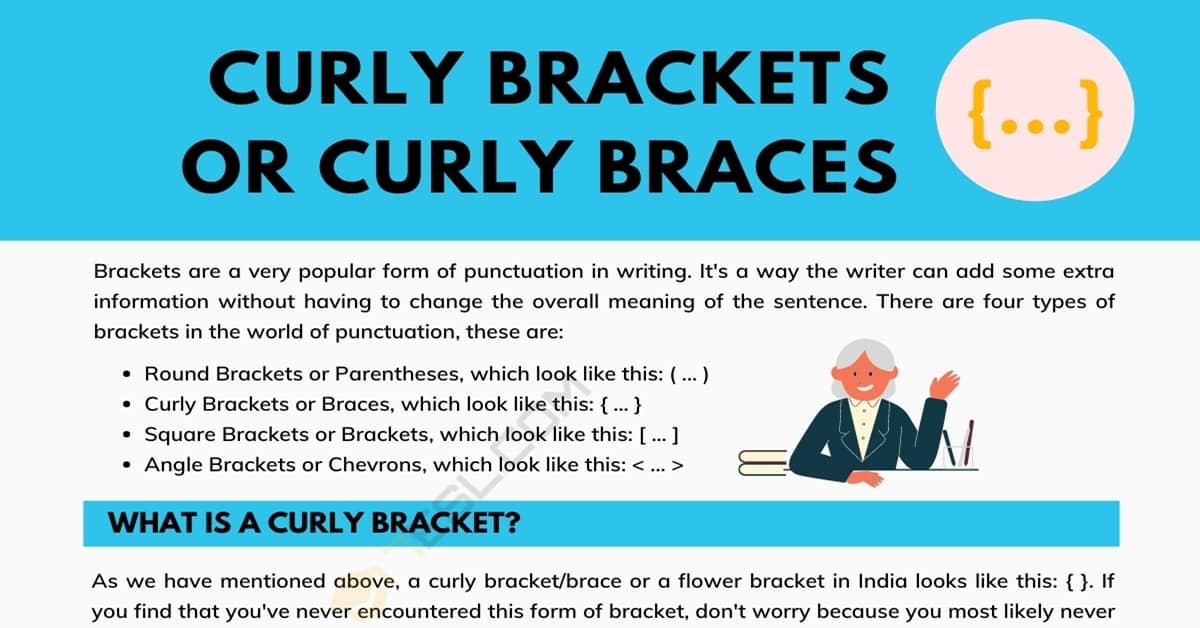 What are curly brackets or curly braces? When it comes to writing, using the correct punctuation throughout is very important. It’s a way you can indicate pauses, as well as, the importance in specific ideas and thoughts that you are presenting in your writing. By doing this, you are ensuring that your writing is clear and understandable to the reader. Using the correct punctuation in your writing is especially important when it comes to writing for academic and professional purposes, as you are conveying confidence through your writing to the reader.

Brackets are a very popular form of punctuation in writing. It’s a way the writer can add some extra information without having to change the overall meaning of the sentence. There are four types of brackets in the world of punctuation, these are:

Today, we will be specifically focusing on curly brackets or braces. Let’s learn more about them…

What Is A Curly Bracket?

As we have mentioned above, a curly bracket/brace or a flower bracket in India looks like this: { }. If you find that you’ve never encountered this form of bracket, don’t worry because you most likely never will as they are very rarely used. However, if you do happen to stumble upon this rare type of bracket, then count yourself lucky because you are about to find out what it means!

Although curly brackets are most commonly used in the field of physics and high-level mathematics, they are also used in writing and music. In writing, curly brackets or braces are used to indicate that certain words and/or sentences should be looked at as a group. Here is an example:

In music this type of bracket is referred to as ‘braces’ or ‘accolades’ and they are used to connect two or more lines of music together, to show that they should be played at the same time. In mathematics, curly brackets are used to delimit sets, as well as, indicate the Poisson bracket between two quantities.

When Should You Use Curly Brackets?

Curly brackets/braces were invented in 1967 by Martin Richards. Although this bracket hasn’t been around for as long as the others, it quickly lost its popularity and therefore should be avoided in formal writing, as it is no longer considered appropriate for modern writing.

However, if you plan on using it. Make sure it’s for the right occasion and used correctly, such as for the topics mentioned above. Remember that in writing, curly brackets are used to group statements or ideas together and create a loop. This type of bracket is all about control structure! 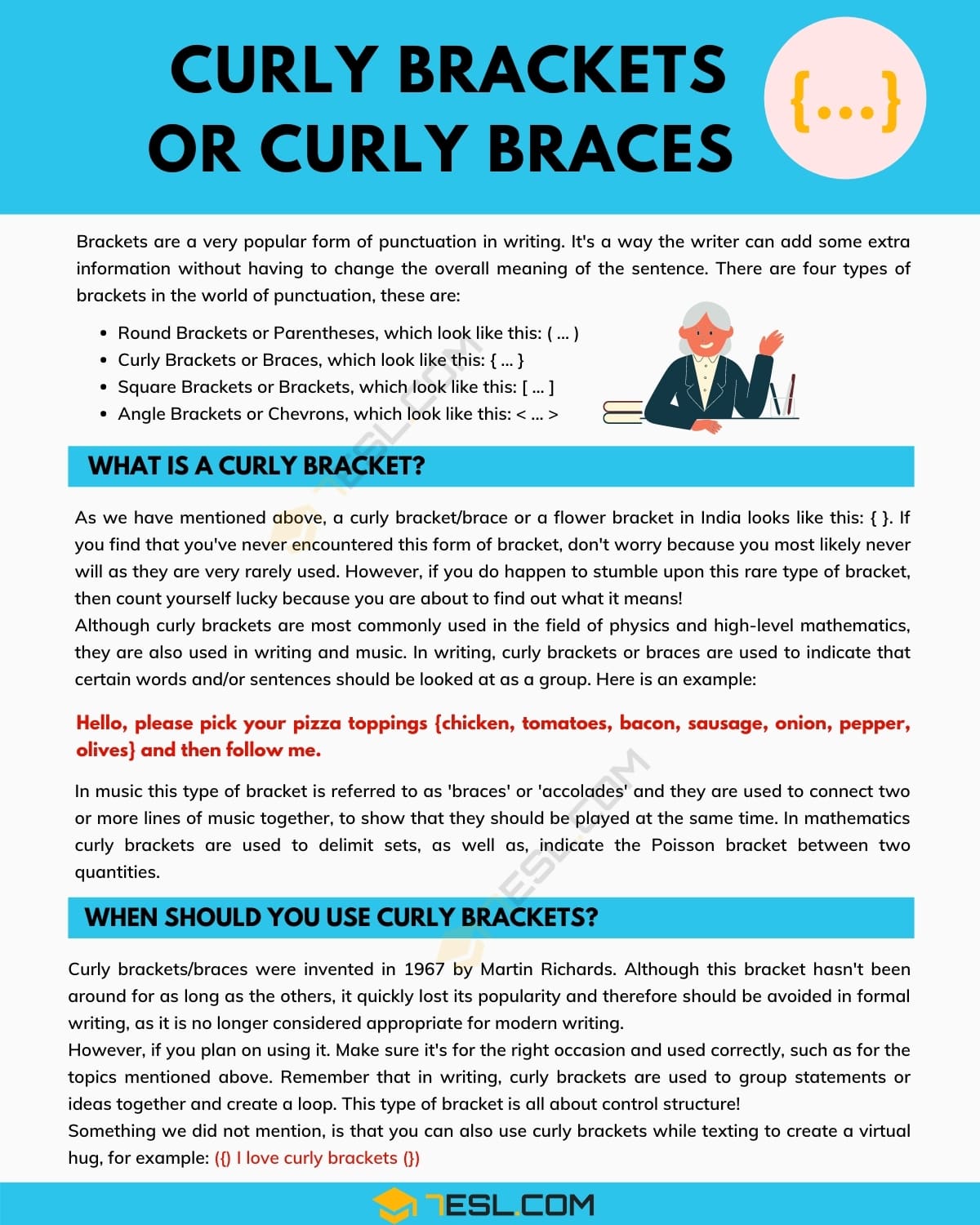