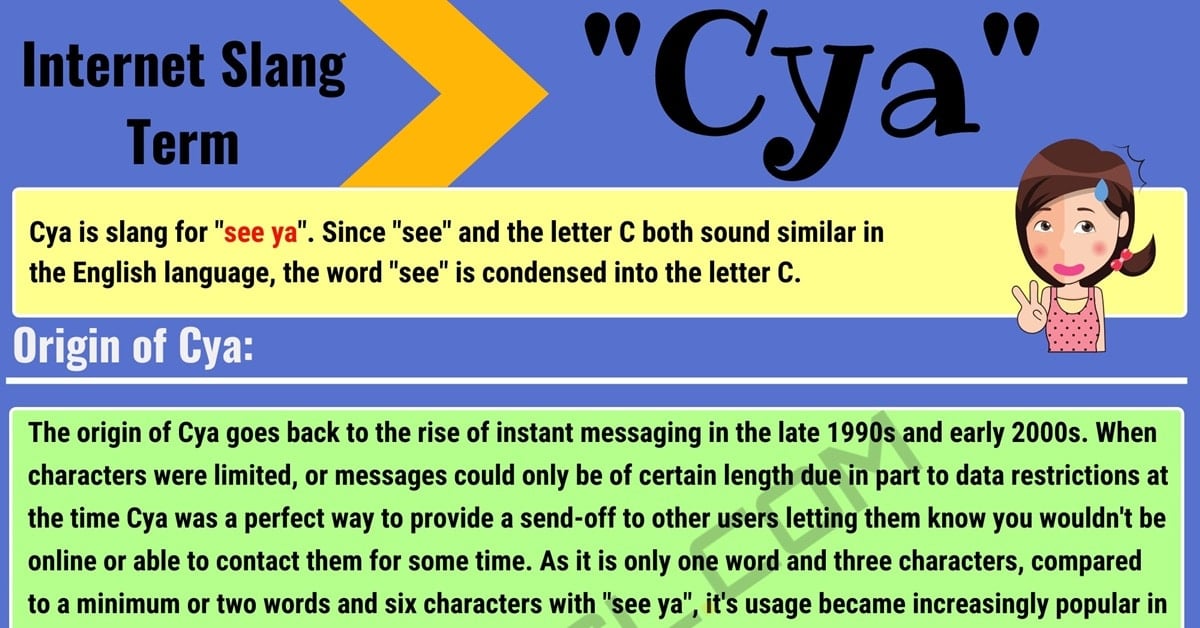 Cya is a common term seen both online and in text messages. In this lesson, you will learn what does Cya mean and how and when to use this internet slang word in English with useful conversation examples and ESL image.

What Does Cya Mean?

Cya is slang for “see ya”. Since “see” and the letter C both sound similar in the English language, the word “see” is condensed into the letter C.

The origin of Cya goes back to the rise of instant messaging in the late 1990s and early 2000s. When characters were limited, or messages could only be of certain length due in part to data restrictions at the time Cya was a perfect way to provide a send-off to other users letting them know you wouldn’t be online or able to contact them for some time. As it is only one word and three characters, compared to a minimum or two words and six characters with “see ya”, it’s usage became increasingly popular in SMS.

Cya can also be used as the acronym CYA, or “Cover You Ass/Arse“. Here it is used when someone is suggesting to someone else that they need to be careful. For example, getting into arguments with someone and a friend suggesting you “cover your ass” just in case that person might return for vengeance. It is normally used in a joking situation, however.

Text message between mother and son:

Friends in a group chat:

Other Ways To Say The Slang Word

Commonly Cya will be spelled “C’ya”, using an apostrophe. CU or CY are also sometimes used, with CU using the letter U as a stand-in for the word “you”; CU or CY would mean either See You or See Ya. 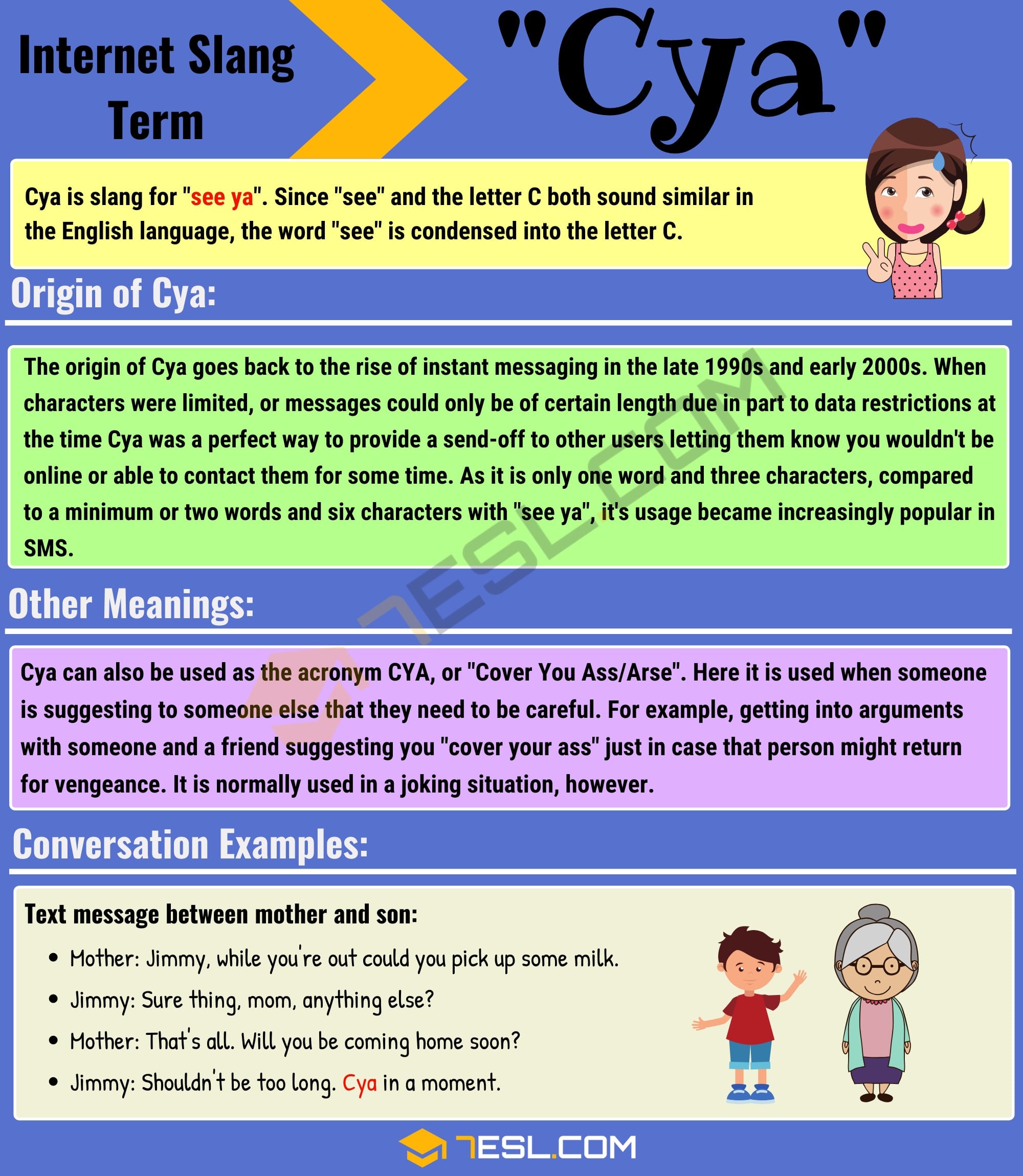