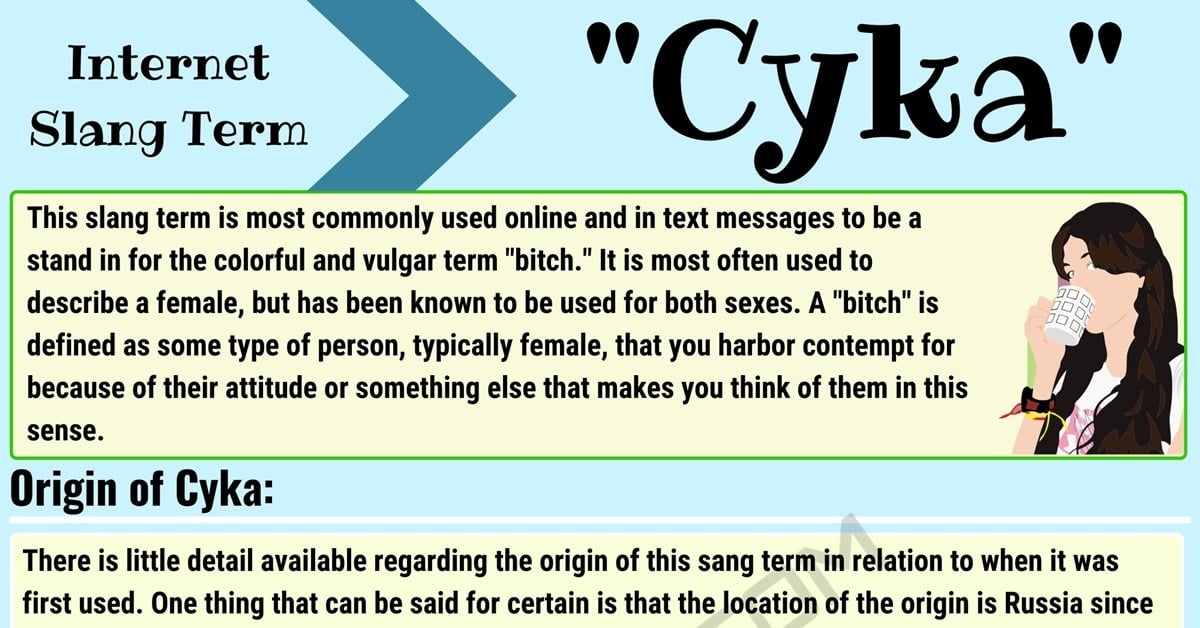 Cyka meaning! Unless you have lived in another country, then you would most likely not be familiar with the slang term “cyka.” Hopefully you did not come here looking for its meaning because someone called you one, but if that is the case then you have come to the right place. Below you will not only find the meaning of this slang term, but you will also see some details about its origin and some other meanings.

Conversation examples are also provided for you to read and see how this term is properly used in an exchange between two or more people. Finally, you will see some synonyms that can take the place of this term without changing its meaning.

What Does “Cyka” Mean?

This slang term is most commonly used online and in text messages to be a stand in for the colorful and vulgar term “bitch.” It is most often used to describe a female, but has been known to be used for both sexes. A “bitch” is defined as some type of person, typically female, that you harbor contempt for because of their attitude or something else that makes you think of them in this sense.

There is little detail available regarding the origin of this sang term in relation to when it was first used. One thing that can be said for certain is that the location of the origin is Russia since this is the Russian translation of the word mentioned above.

There seem to be no other meanings known for this slang expression.

A conversation between two friends via text messages. 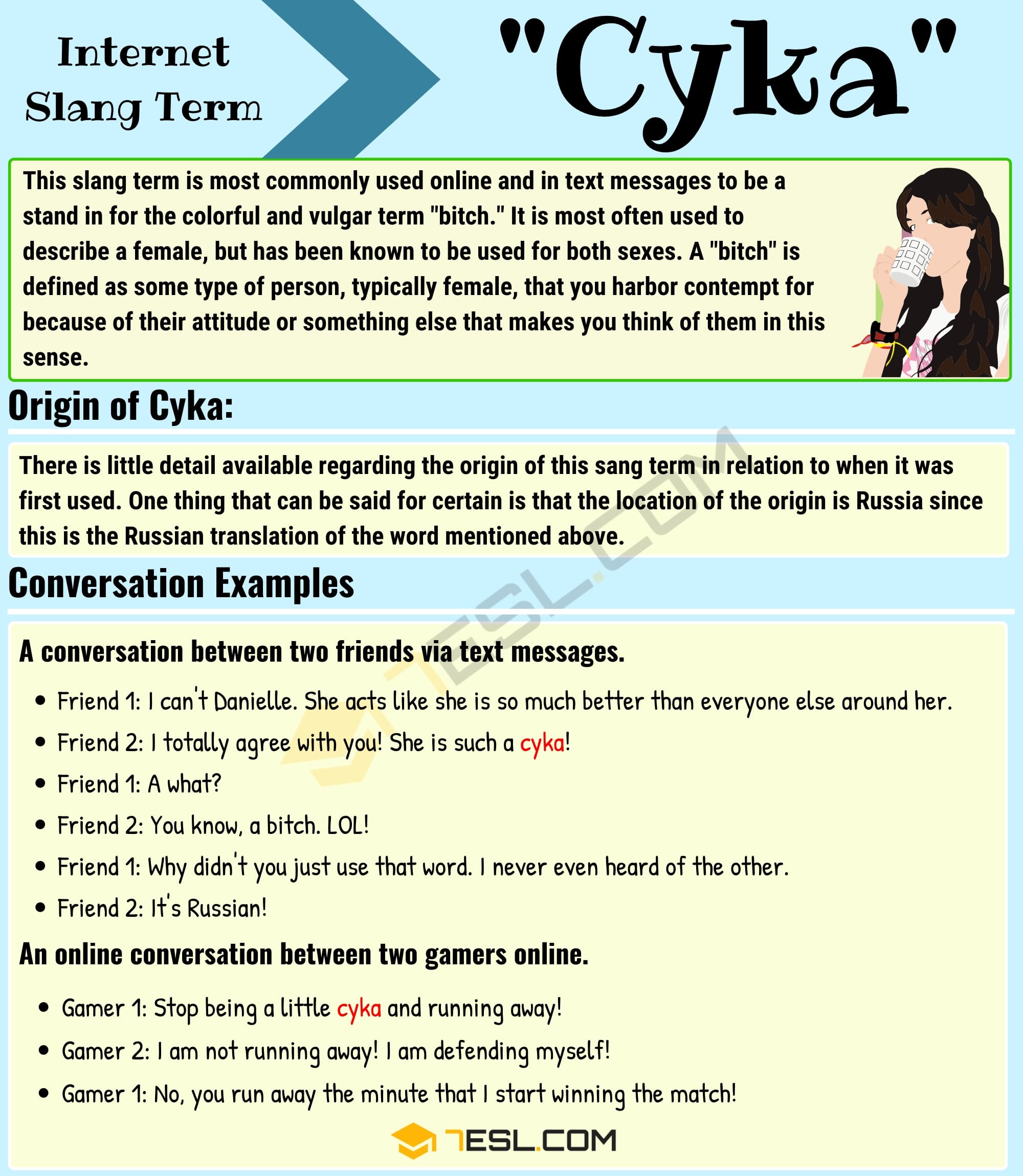