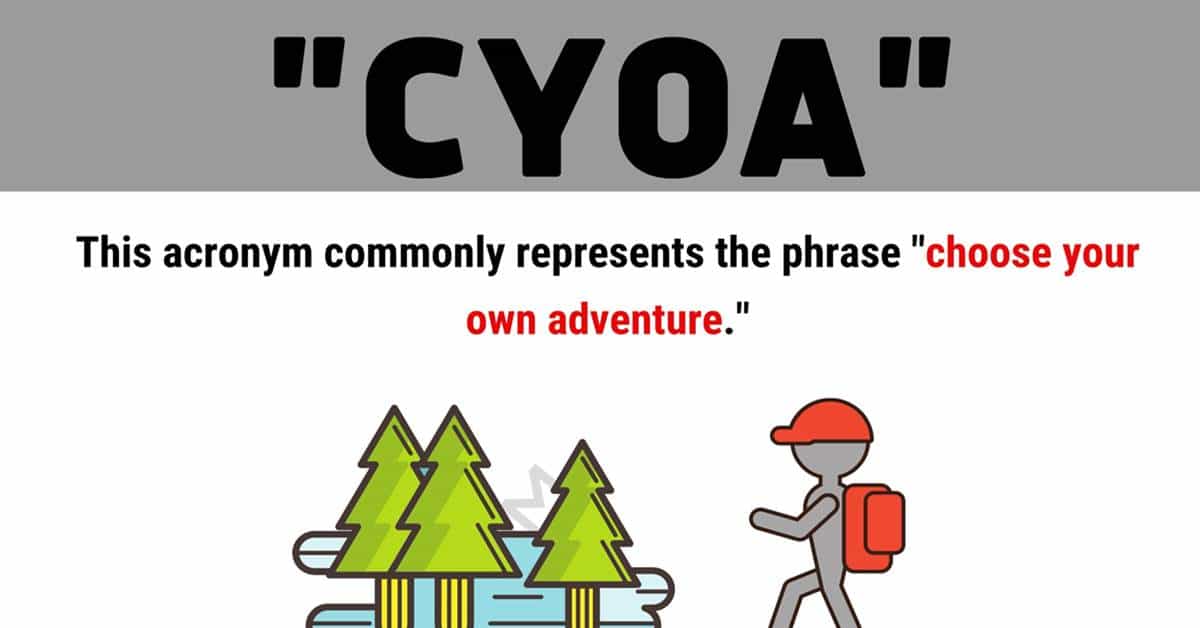 What does “CYOA” mean? If you were alive in the early 80s, then you would be most familiar with this acronym or at least be familiar with the origin of this acronym. If you have seen this acronym used and were wondering what it meant, then you have come to the right place. You will not only find the meaning here, but you will also find information about its origin and some alternative meanings. You will also see some example conversations illustrating the proper usage of this term in everyday context to help you better understand its meaning. Lastly, you will discover some other ways words or phrases that you could use in its place, if possible, to mean the same thing.

What Does “CYOA” Mean?

This acronym commonly represents the phrase “choose your own adventure.” This is a popular form of fan fiction where the reader of a book or the player of a game gets to decide the path that his or her character follows throughout the story.

The “choose your own adventure” genre began in 1979 with a series of books that were published by Bantam Books. The books were not popular with readers until they were given to libraries. When kids discovered them, their popularity grew. They are said to have influenced popular games such as Dungeons & Dragons and from there influenced the modern role-playing games that we see today.

Since this phrase represents an official title of a genre of fan fiction, there are not alternative ways to refer to it and still convey the same meaning. 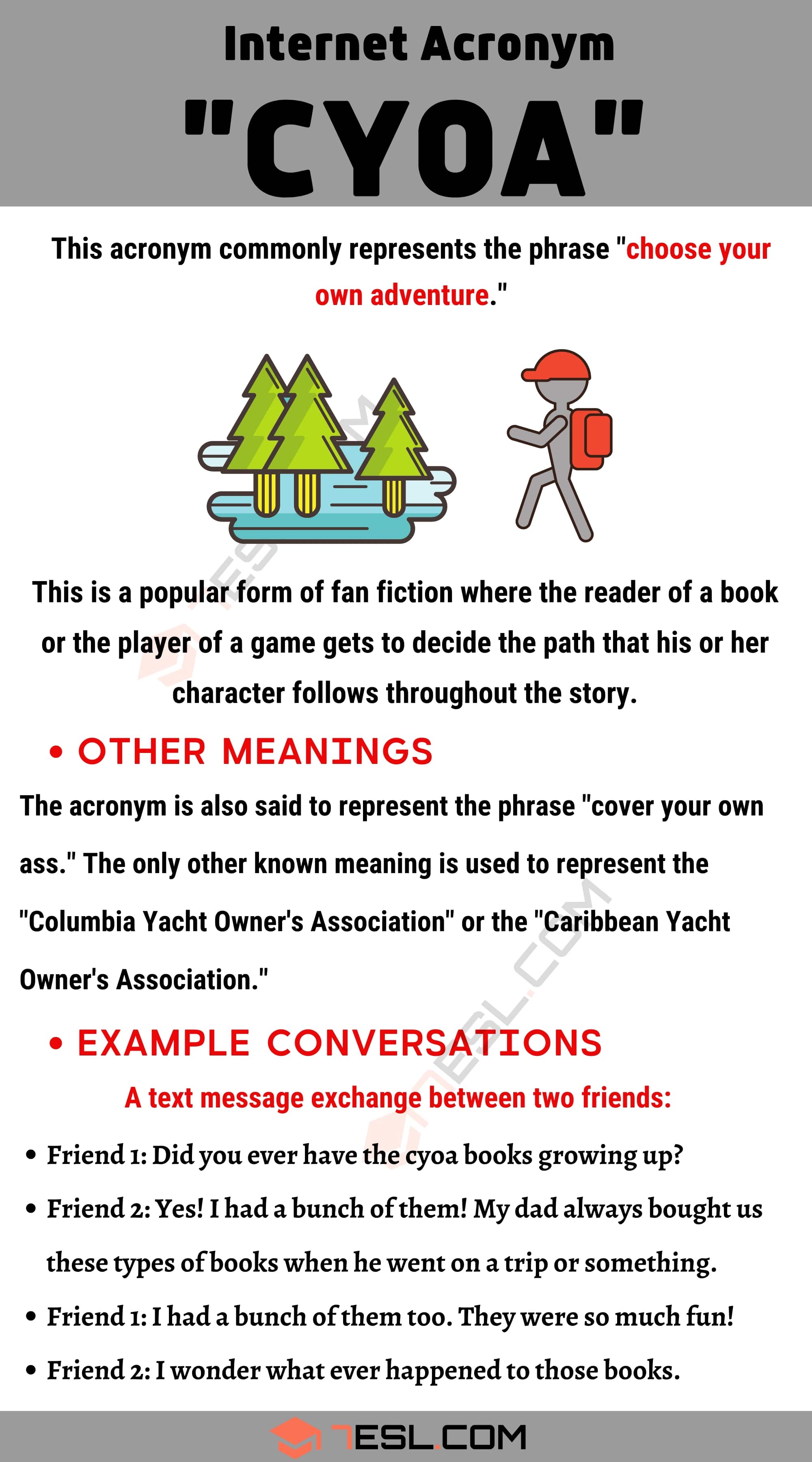