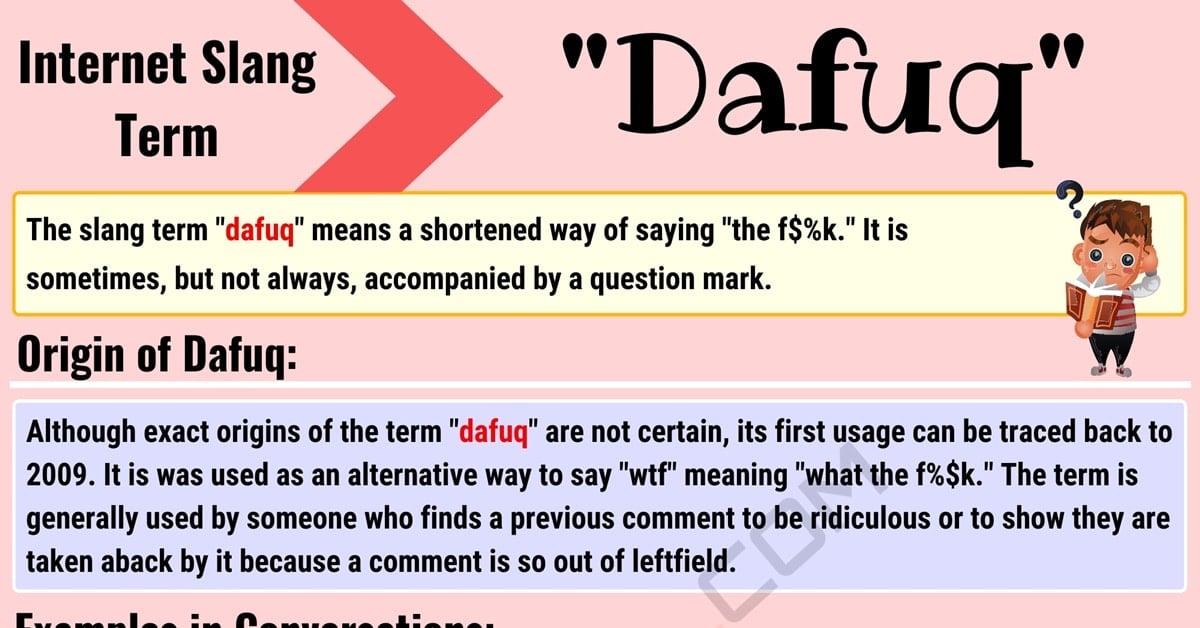 The slang term “dafuq” is used popularly in informal text conversation and conversations on the internet. In this all-inclusive article, you will be given information about the meaning of this slang, information on the origin of this term, and other meanings if there are any available.

You will also see some examples of how “dafuq” is used properly in conversation and see some suggestions of alternative ways this term can be said to convey the same meaning.

What Does Dafuq Mean?

The slang term “dafuq” means a shortened way of saying “the f$%k.” It is sometimes, but not always, accompanied by a question mark.

Although exact origins of the term “dafuq” are not certain, its first usage can be traced back to 2009. It is was used as an alternative way to say “wtf” meaning “what the f%$k.” The term is generally used by someone who finds a previous comment to be ridiculous or to show they are taken aback by it because a comment is so out of leftfield.

There are currently no other known meanings for the slang term “dafuq.”

A text exchange between two friends from school:

There are some other ways you can say “dafuq” using other terms to convey the same meaning. Some of these include: 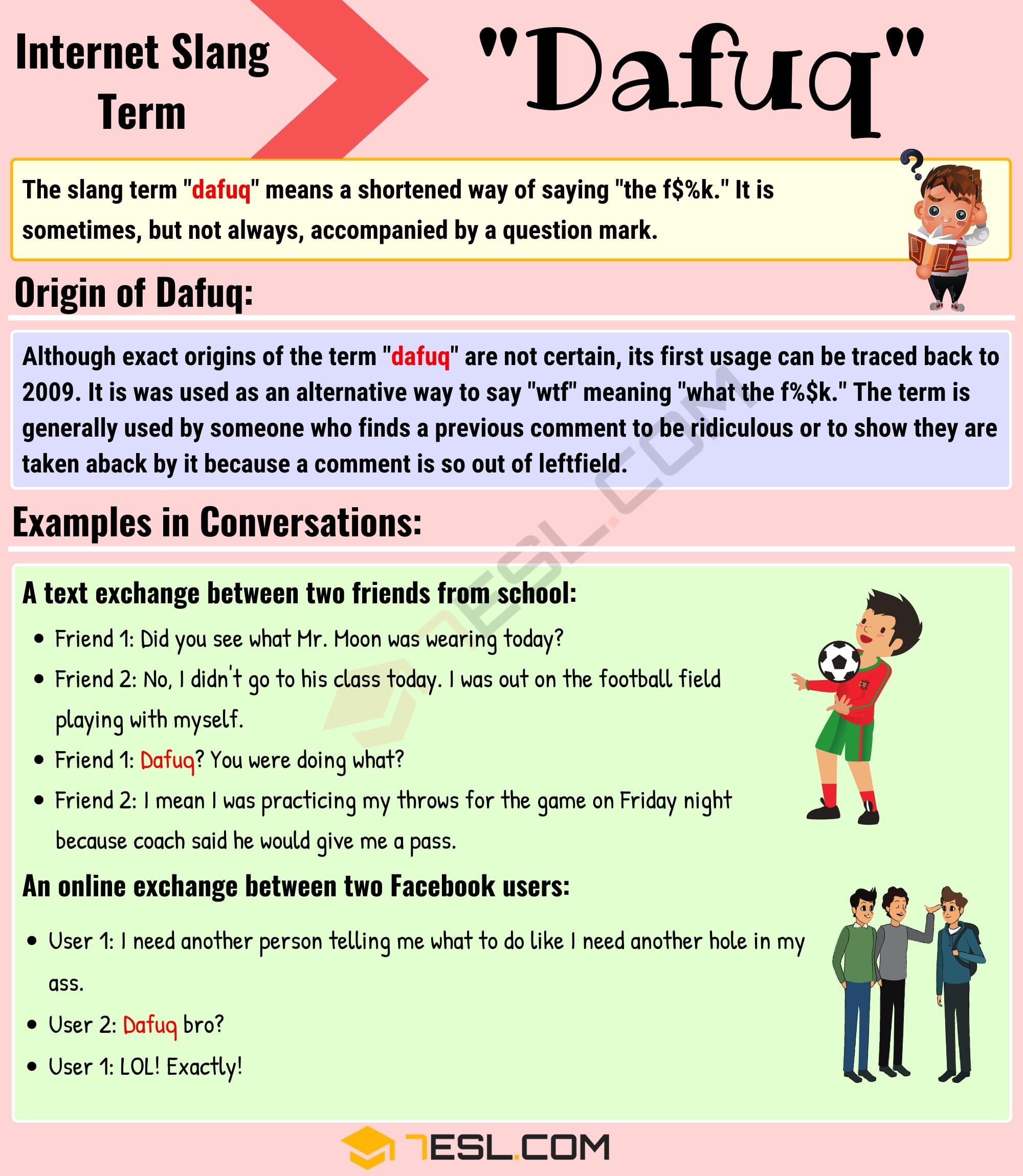 ‘Dafuq’ is not only for comments. Though it is the shortest to type.
It can be used in any situation in life that is harsh or unusual. (Slang)