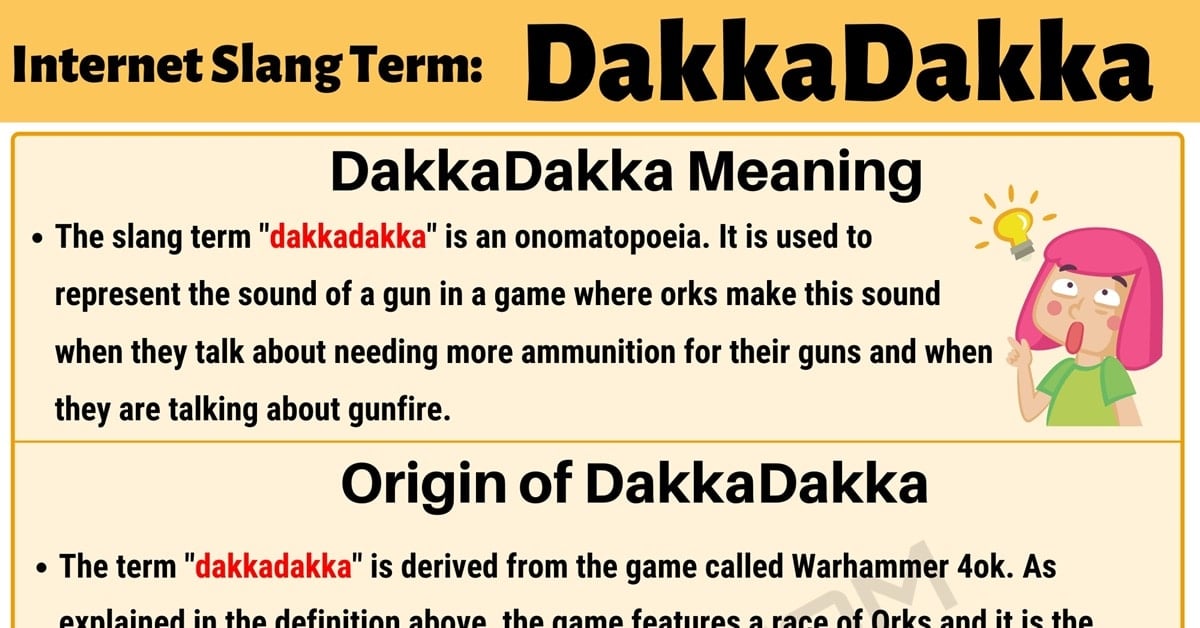 Not everyone will be familiar with the slang term “dakkadakka.” If you have encountered this phrase during your normal perusal of the internet and were left wondering what it means, then you have come to the right page. Here you will find the meaning of this slang term, the origin of the term, and other meanings if there are any that exist.

You will also discover here some conversation examples featuring the term used in the proper context to help you better understand its meaning. Finally, you will see some alternative words or phrases that can be used in place of the term “dakkadakka.”

What Does DakkaDakka Mean?

The slang term “dakkadakka” is an onomatopoeia. It is used to represent the sound of a gun in a game where orks make this sound when they talk about needing more ammunition for their guns and when they are talking about gunfire

The term “dakkadakka” is derived from the game called Warhammer 4ok. As explained in the definition above, the game features a race of Orks and it is the sound they make to represent gunfire or when they are talking about needing more ammunition. The game was first released in 1987 and it is a tabletop miniature game similar to that of Dungeons & Dragons.

There are currently no other known meanings of the slang term “dakkadakka.”

There are many other forms of onomatopoeia that you could use to represent gunfire. However, this form is unique to the game and will be the only one that will link back to this particular game through memes, videos, and other forms of social media. Some other sounds that would resemble gunfire include: 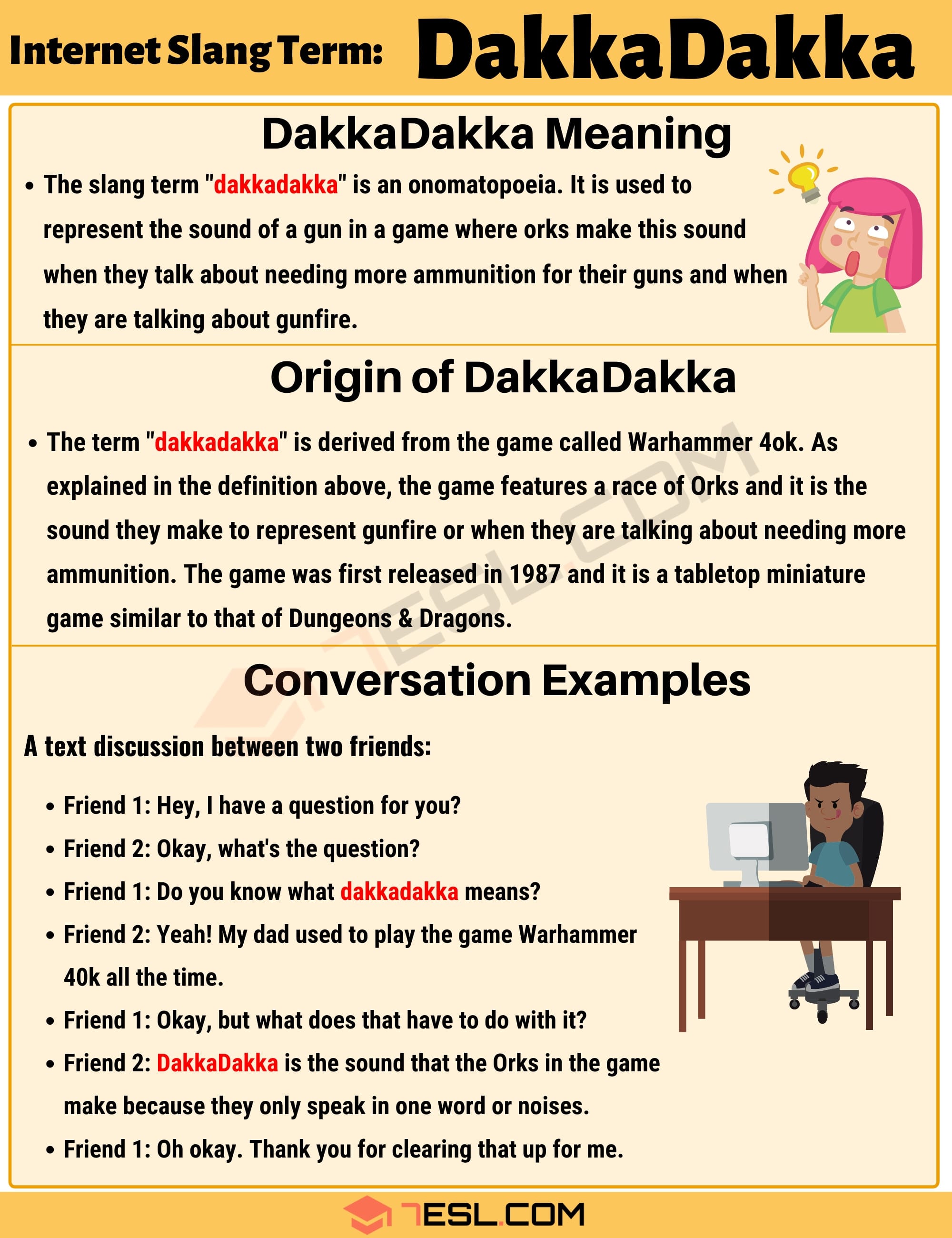