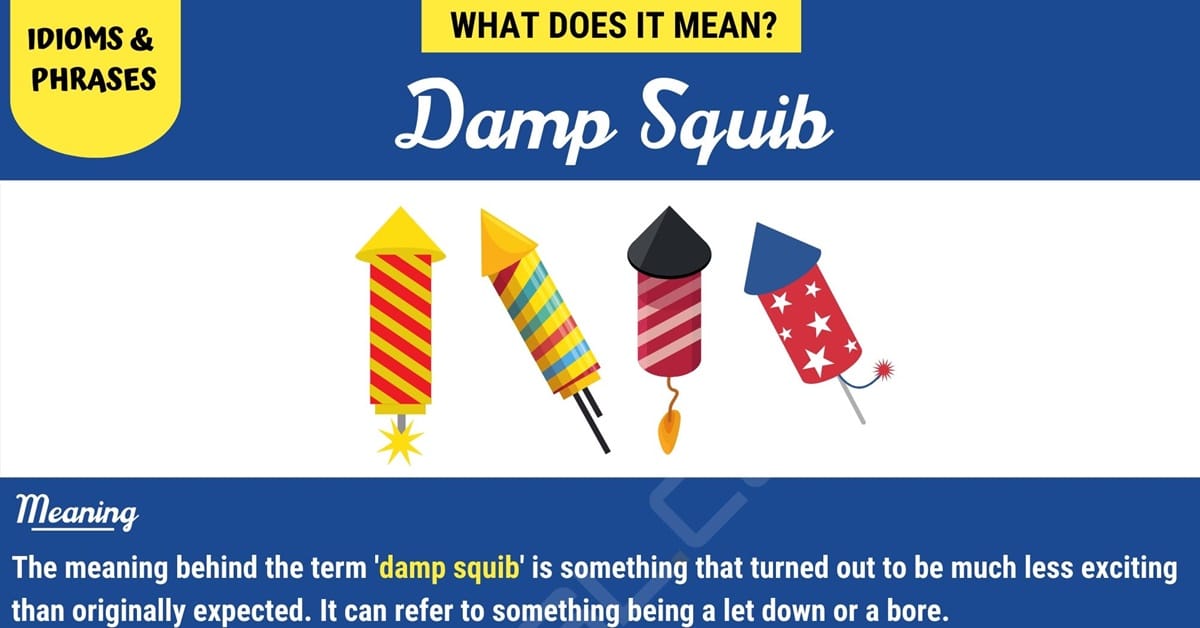 You may have heard the term ‘damp squib’ used in conversation but what does it mean? We are going to look at the meaning of this saying plus how we can use it in our conversations. We will also take a brief look into the history of the saying and where it came from.

The meaning behind the term ‘damp squib’ is something that turned out to be much less exciting than originally expected. It can refer to something being a let down or a bore.

The term ‘damp squib’ originally came from the word for a type of firework which gave a very unenthusiastic and mild explosion when let off. The term was first used in the 1500s, referring to a squib which had become damp and therefore did not go off as expected.

You would use the saying ‘damp squib’ to describe an event which did not go as planned, you might say something similar to this; ‘I was so looking forward to the party last night but it ended up being a damp squib.’ You could use the saying to refer to any type of event from a music concert to a business meeting.

Here are some ways in which the term ‘damp squib’ might fit into your daily conversations. In the first example the person is implying that the meeting did not go very well after it was expected to be a success. The second example features a person telling someone that the show they are looking forward to seeing is sure to be a let down.

There are many other ways that you can express the meaning of the idiomatic term ‘damp squib.’ Here are some examples of other things you could say. 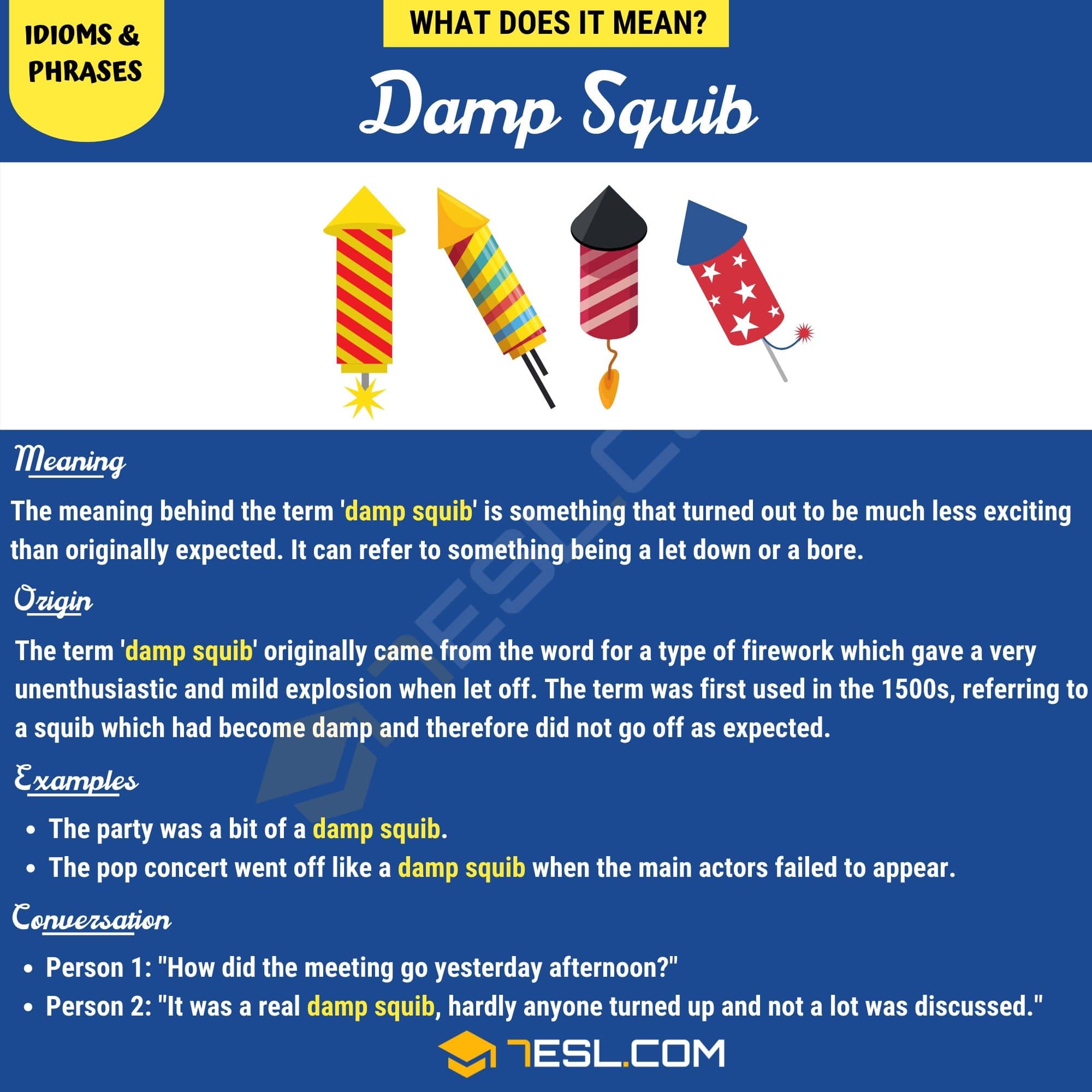