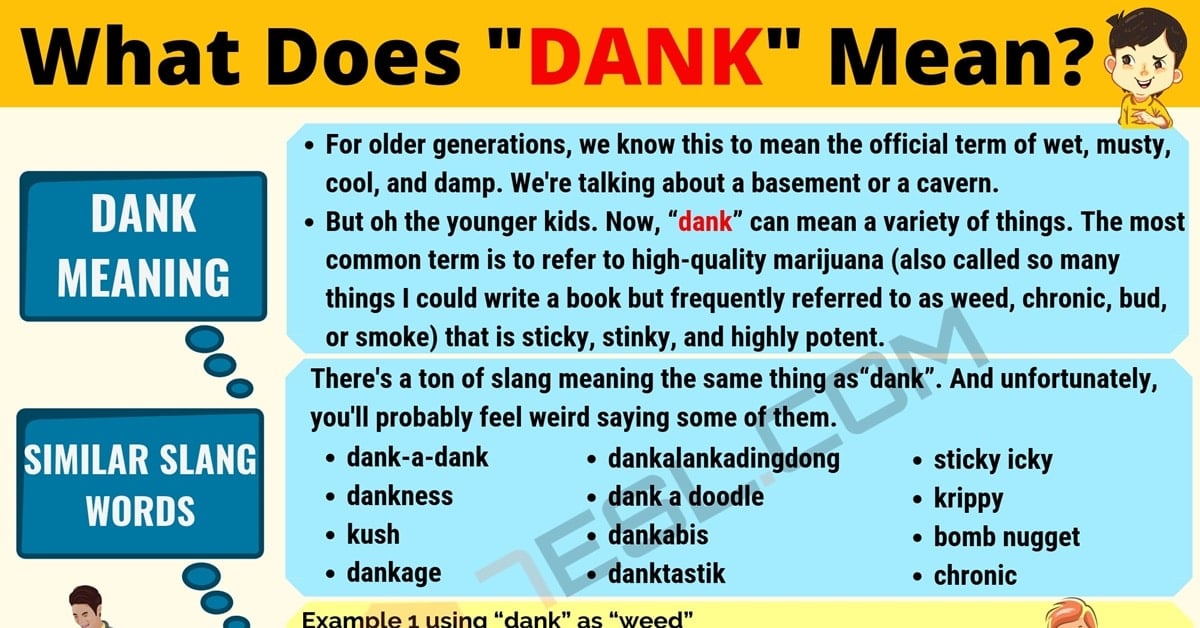 What does Dank mean? What is the definition of this internet acronym? Learn how and when to use this internet slang term with ESL infographic and useful conversation examples in English.

What Does Dank Mean?

For older generations, we know this to mean the official term of wet, musty, cool, and damp. We’re talking about a basement or a cavern. No surprise there. But oh the younger kids. Now, “dank” can mean a variety of things. The most common term is to refer to high-quality marijuana (also called so many things I could write a book but frequently referred to as weed, chronic, bud, or smoke) that is sticky, stinky, and highly potent.

As I just said, there are a gazillion different slang terms for marijuana. There’s also a ton of slang meaning the same thing as“dank”. And unfortunately, you’ll probably feel weird saying some of them. Don’t say I didn’t warn you.

As just explained, “dank” normally means damp, musty, and cool. But dank also means unpleasant, nasty, moist, smelly or wet. Also, it is a way to say cool or awesome. When used to refer to a meme (you know those funny pics you see on Facebook), it means to laugh hard and be highly amused. In other words, a “dank” meme is hilarious and awesome.

*”Kewl” is the new way to spell “cool”. Same meaning 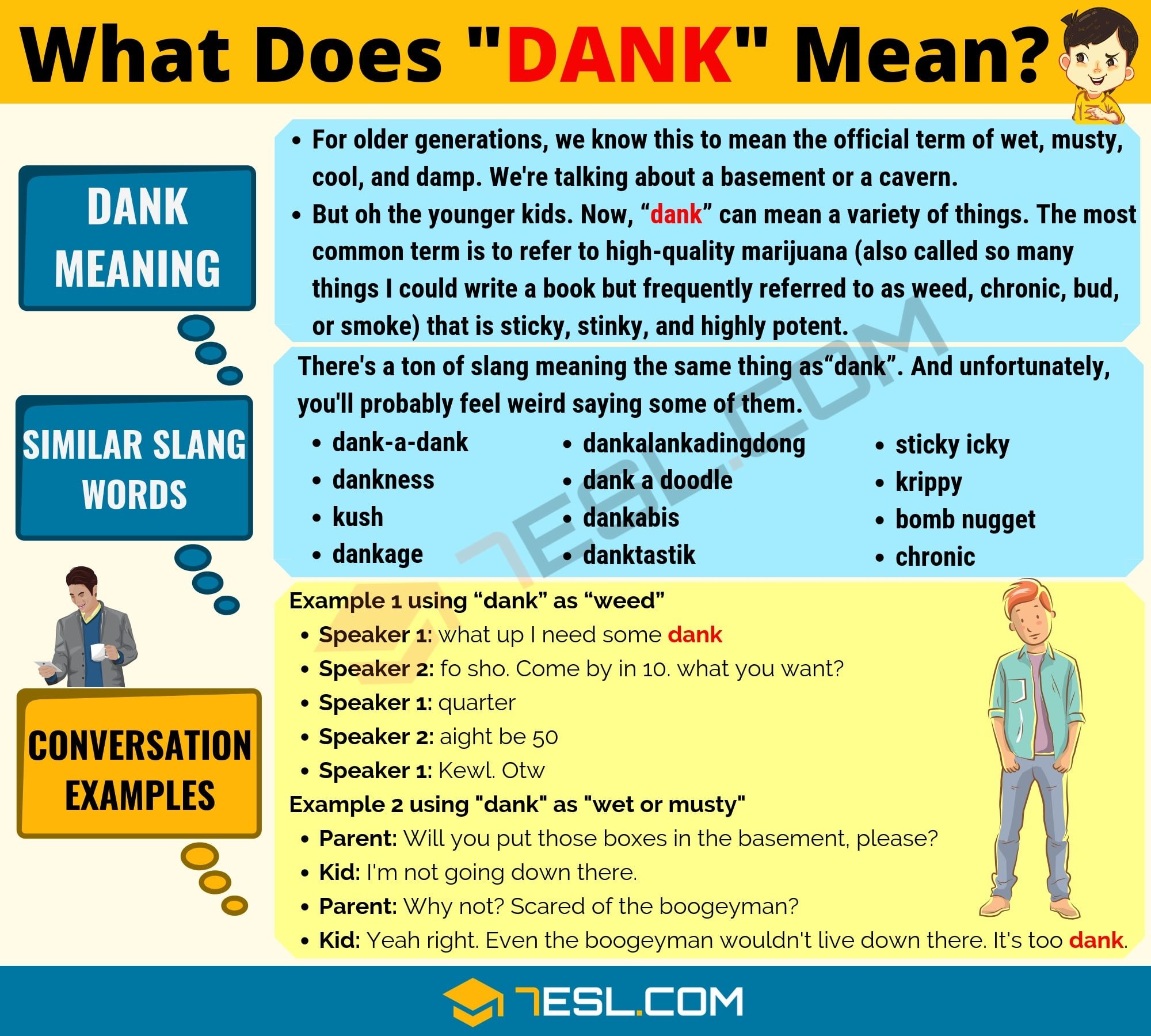