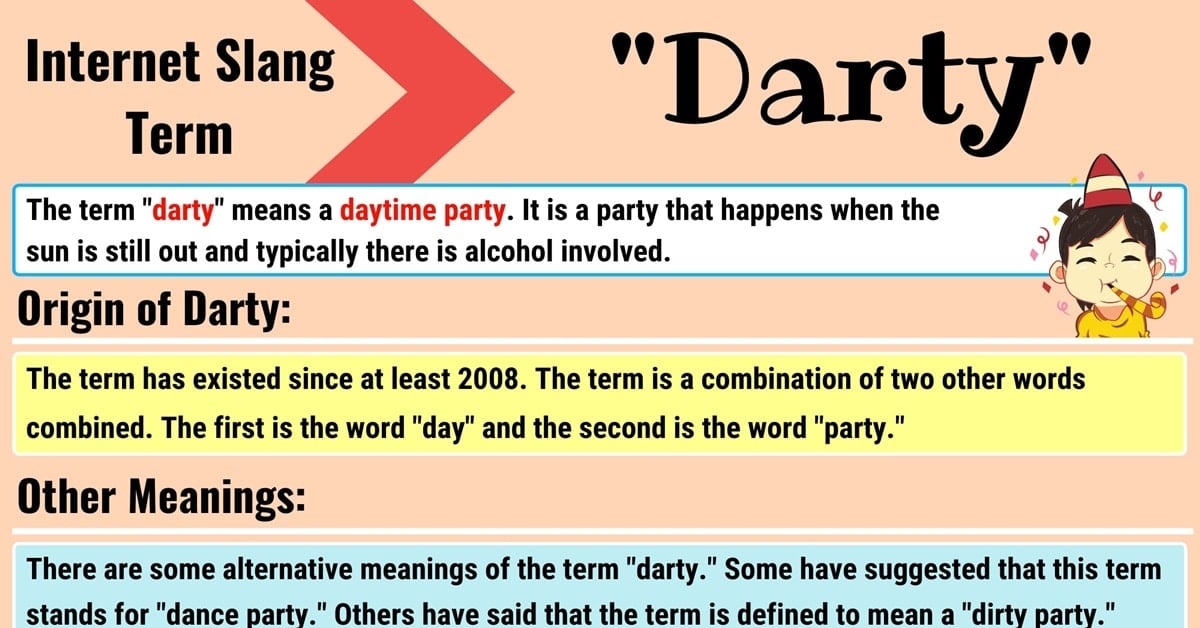 One of the slang terms used on the internet today, “darty” is a popular term among young people especially. If you have heard or seen this term used and it has left you wondering what it could mean, then you have come to the right place. Not only will you find the meaning of this phrase here, but you will also find information about its origin, some alternate meanings if there are any worth mentioning, and some conversation examples that use the term correctly to help you further understand the meaning of the term by seeing it used in context. The article will conclude with some synonymous words and phrases that you could use to replace the term in conversation.

What Does Darty Mean?

The term “darty” means a daytime party. It is a party that happens when the sun is still out and typically there is alcohol involved.

The term has existed since at least 2008. The term is a portmanteau of two other words combined. The first is the word “day” and the second is the word “party.”

There are some alternative meanings of the term “darty.” Some have suggested that this term stands for “dance party.” Others have said that the term is defined to mean a “dirty party.” Another definition provided is that the term “darty” means “very dirty.” Finally, another definition defines “darty” as having a craving for a cigarette, which are known as darts in other countries. 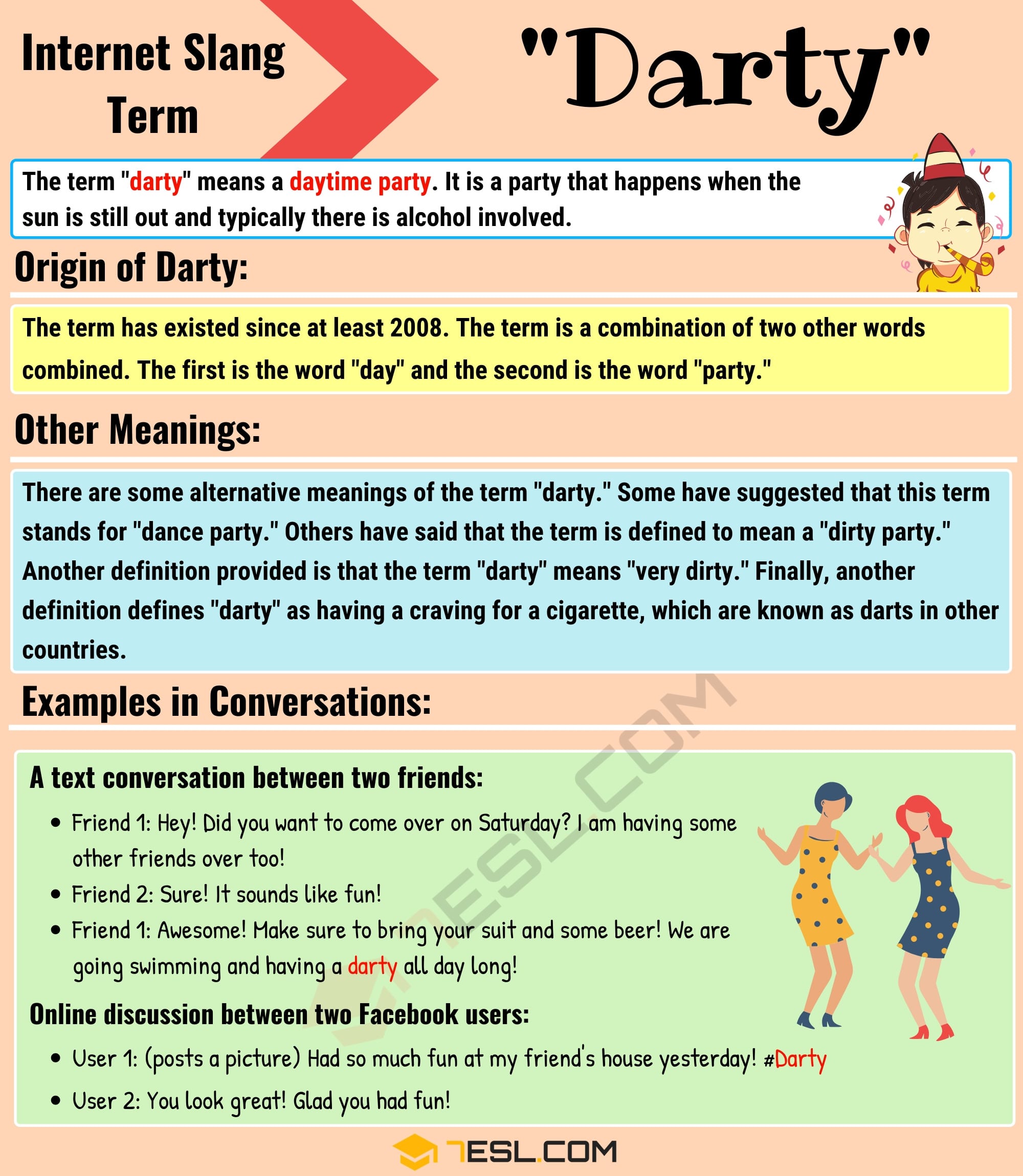