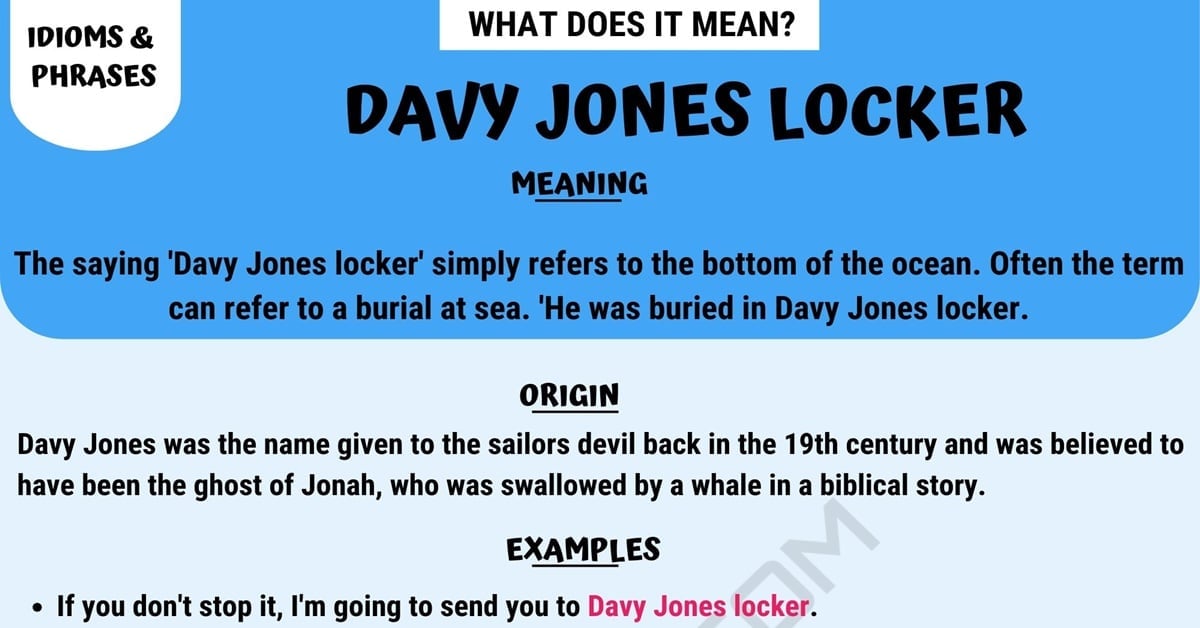 A saying you might hear frequently when taking part in English conversations is ‘Davy Jones locker.’ But what does this term mean and where did it come from? We are going to look into the meaning of this term and how we can use it.

Davy Jones was the name given to the sailors devil back in the 19th century and was believed to have been the ghost of Jonah, who was swallowed by a whale in a biblical story.

There are many other ways to express the meaning of the idiomatic term ‘Davy Jones locker.’ Here are some ways you could say it using other words.

Whilst the term is heavily used in naval environments, you may hear the term used in other conversations. The phrase ‘Davy Jones locker’ can be heard multiple times in the media, like TV and film in sea themed films such as Spongebob Squarepants and the pirates of the Caribbean.

However you may hear the term used in other conversations, for example,

It might also be used to talk about dead sailors, for example you might hear someone say

If you are interested to learn how the term ‘Davy Jones locker’ might fit into an every day conversation, here are some examples of how it would work. In the first conversation we see someone explaining that they would like to be buried at sea and in the second example we see someone referring to the bottom of the sea as where their lost phone ended up. 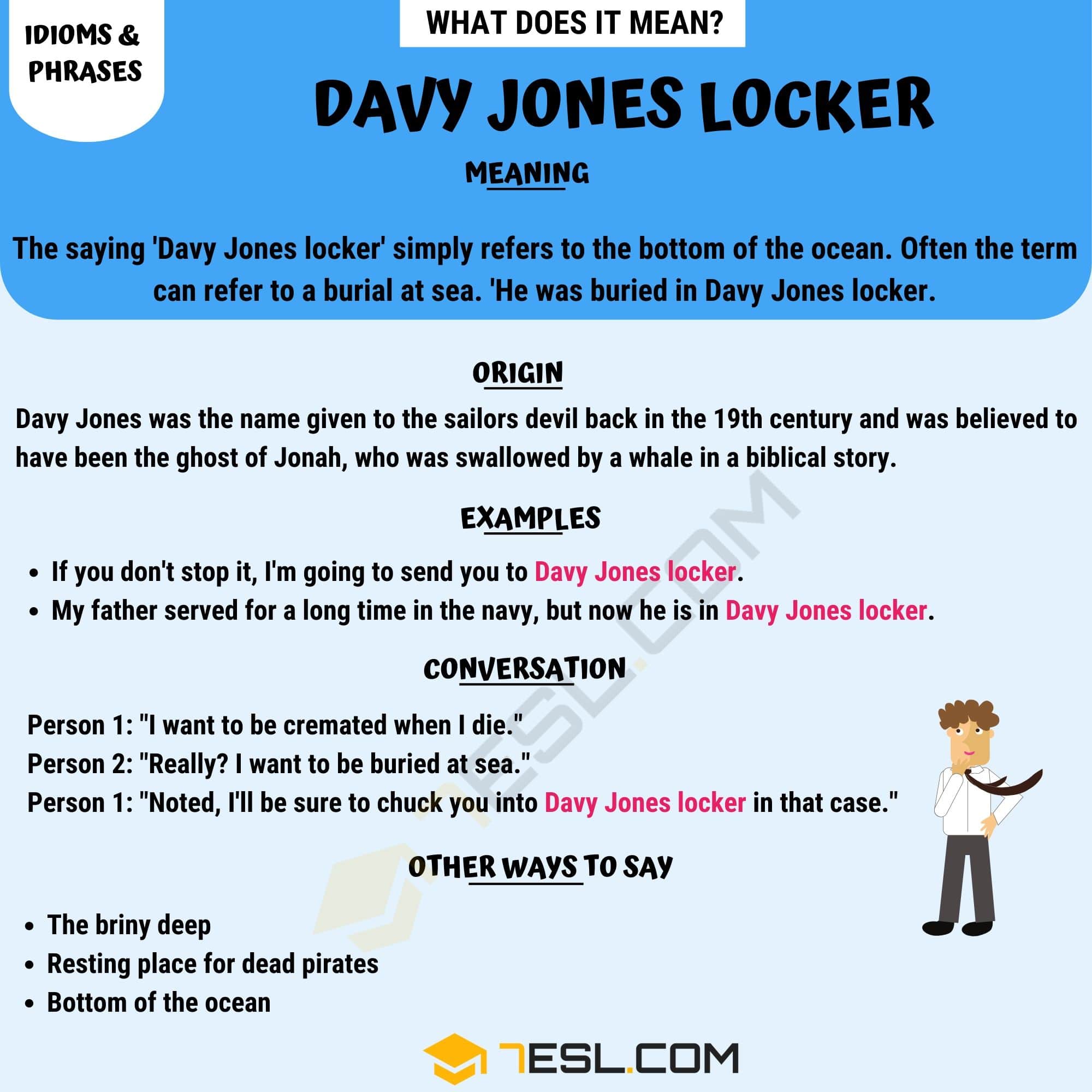