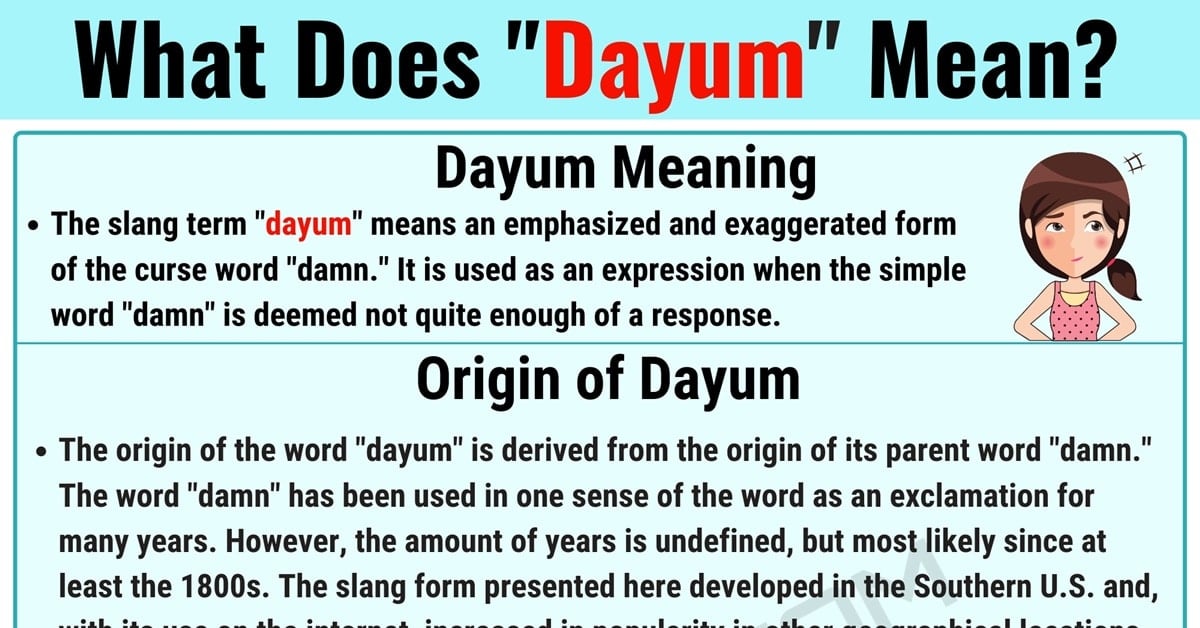 The slang term “dayum” is one of the more popular terms used in text messaging and online chatting. In this article, you will find out everything you have wanted to know about the term “dayum” including its definition, origin, and other possible meanings if there are any that exist.

You will also see the term used properly in example conversations and find alternative suggestions to substitute for the term during a conversation to convey the same meaning.

What Does Dayum Mean?

The slang term “dayum” means an emphasized and exaggerated form of the curse word “damn.” It is used as an expression when the simple word “damn” is deemed not quite enough of a response.

The origin of the word “dayum” is derived from the origin of its parent word “damn.” The word “damn” has been used in one sense of the word as an exclamation for many years. However, the amount of years is undefined, but most likely since at least the 1800s. The slang form presented here developed in the Southern U.S. and, with its use on the internet, increased in popularity in other geographical locations.

There are currently no other known meanings of the slang term “damn.” 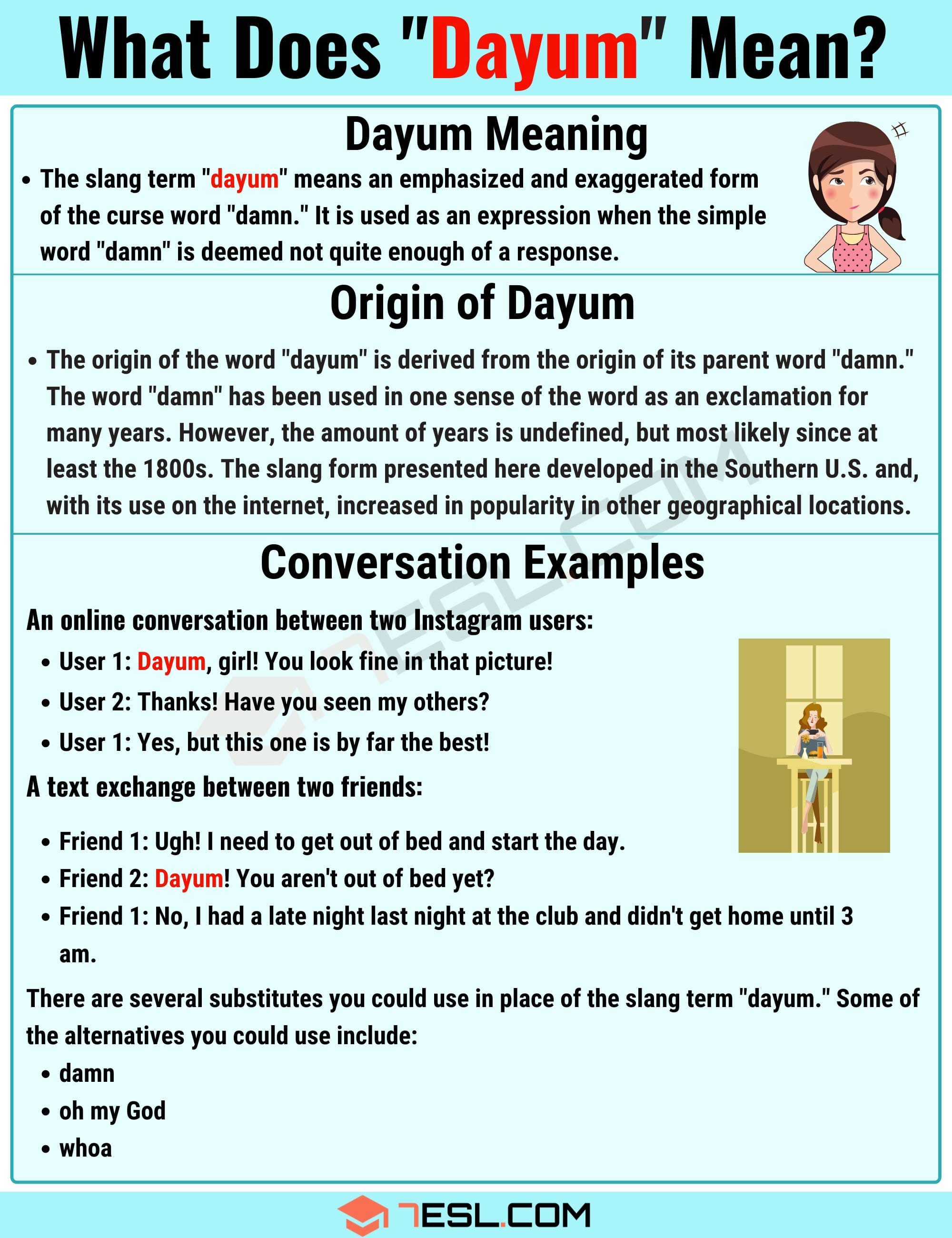