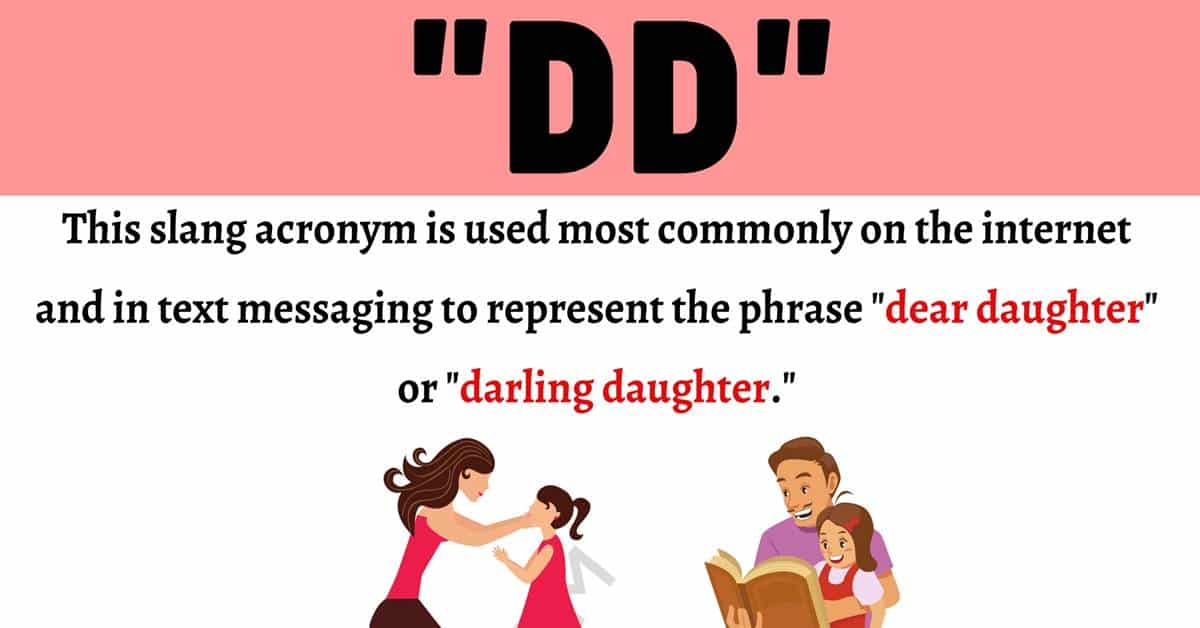 The acronym “DD” is used in electronic communication to mean many things. However, here you will learn about only the most common phrase that it is used to represent online and in text messaging. Below, you will find the meaning of the phrase this acronym most often represents, along with some origin details about that phrase, and some other meanings. Conversation examples are available for you to read as well in order for you two see how the term is used in context and gain a wider understanding of its meaning. Lastly, you will be given some synonymous words or phrases that you can use in place of this acronym and the phrase it represents while still maintaining the same meaning.

What Does DD Mean?

This slang acronym is used most commonly on the internet and in text messaging to represent the phrase “dear daughter” or “darling daughter.” This phrase is used as a term of endearment by a mother to show affection for their daughter when they are discussing them on social media.

There is no specific information available regarding the exact origin of this slang acronym or the phrase that it represents.

Like a majority of all acronyms, there are many other things that this acronym can stand for. Therefore, it is often necessary to determine its meaning from the context that it is being used in. While this is not an all-inclusive list of everything this acronym can represent, some other things it can stand for are “designated driver,” “due date,” “departure date,” “disk drive,” and “direct deposit.”

There are many phrases that you could use to replace this term while still conveying the same meaning as the original phrase. Some other phrases you could use instead include: 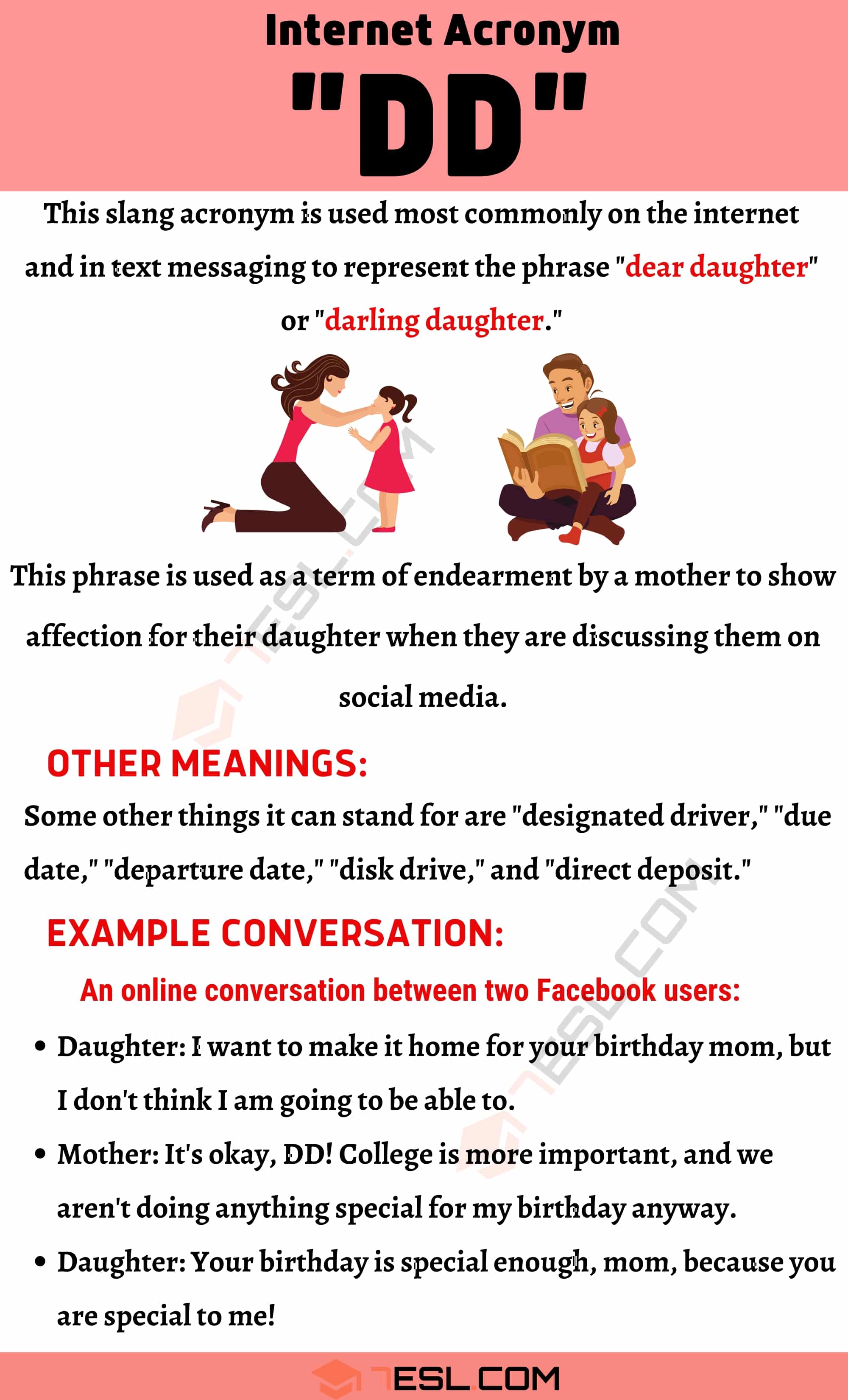