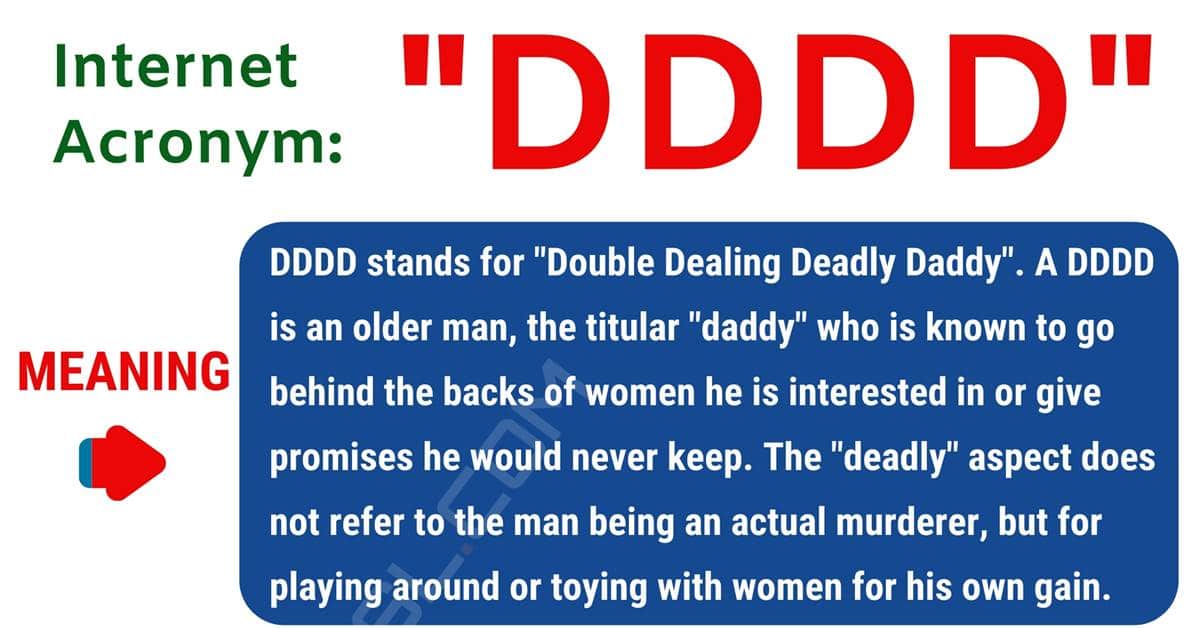 DDDD Meaning! DDDD is a new acronym to have appeared in recent years. Learn the definition and how to use the internet slang word “DDDD” with ESL picture and useful text conversations in English.

What Does DDDD Mean?

DDDD stands for “Double Dealing Deadly Daddy”. A DDDD is an older man, the titular “daddy” who is known to go behind the backs of women he is interested in or give promises he would never keep. The “deadly” aspect does not refer to the man being an actual murderer, but for playing around or toying with women for his own gain.

Like many acronyms of the 21st century, the actual origin of DDDD is unknown, but it appeared to have started gaining traction during the 2010s around the time “daddy” became popular slang. The context with “daddy” is sexual in nature, where the “daddy” is an attractive or possibly unattractive older male who shows interest in younger women which are often called “baby girl” or “princess”. This usage of daddy evolved from the word “sugar daddy”, which means an older and richer male who would give younger woman money in return for sexual favors although there is the case when a “sugar daddy” only pays for the return of contact with a woman and nothing sexual occurs. As it stands, DDDD is commonly used in more urban areas, especially one with club scenes, and is mostly used by younger crowds. Being called a DDDD is not a compliment.

DDDD can also refer to a woman who has father issues. Referring to a woman as a DDDD means that she is mentally unstable and will become extremely clingy if anyone shows her affection.

Like all acronyms, DDDD can be spelled with all lowercase or capital letters. A very uncommon variant of DDDD is “4D” or “Quad D”, but given these already have other meanings they are very rarely if ever, used for DDDD. 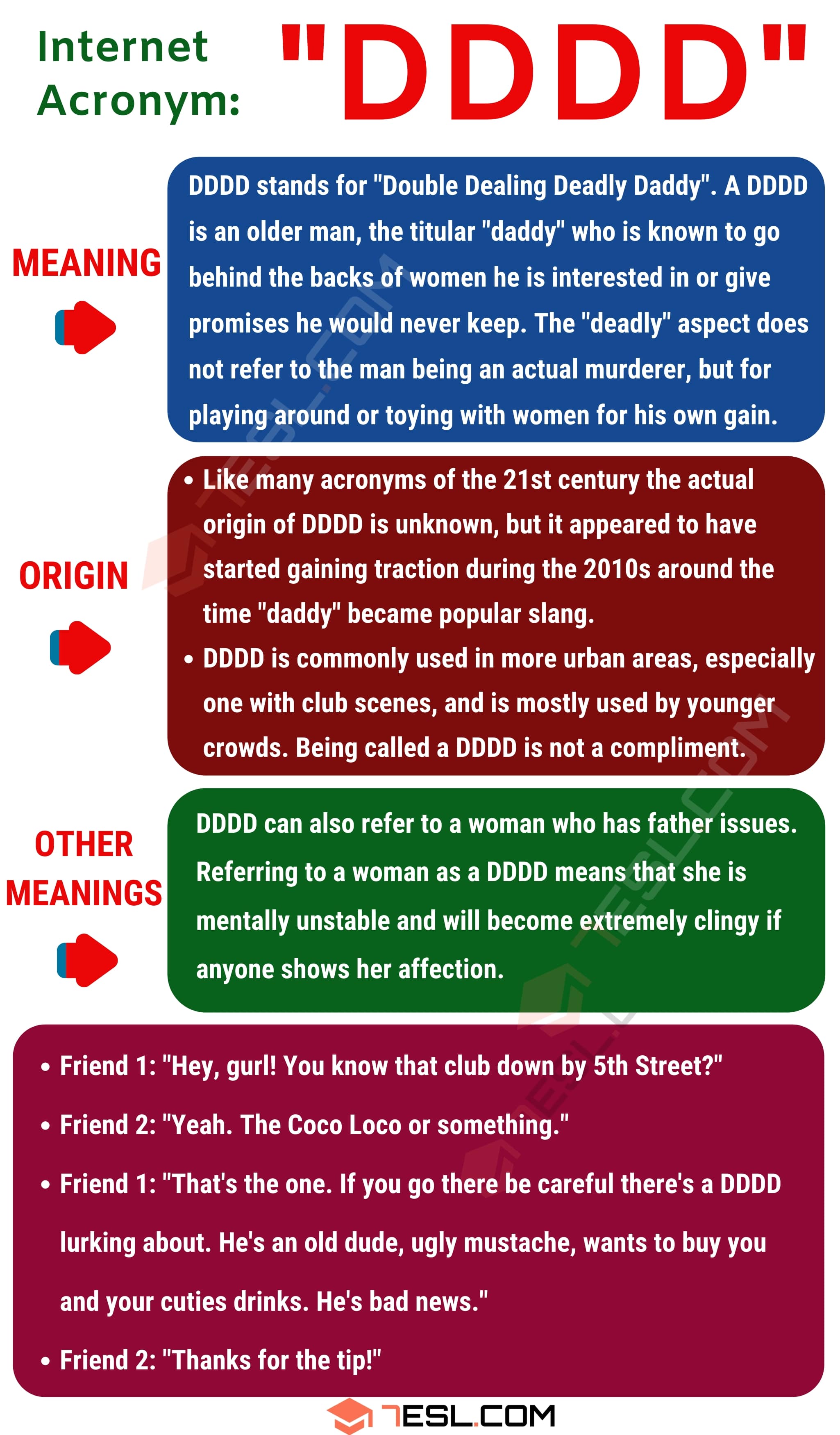