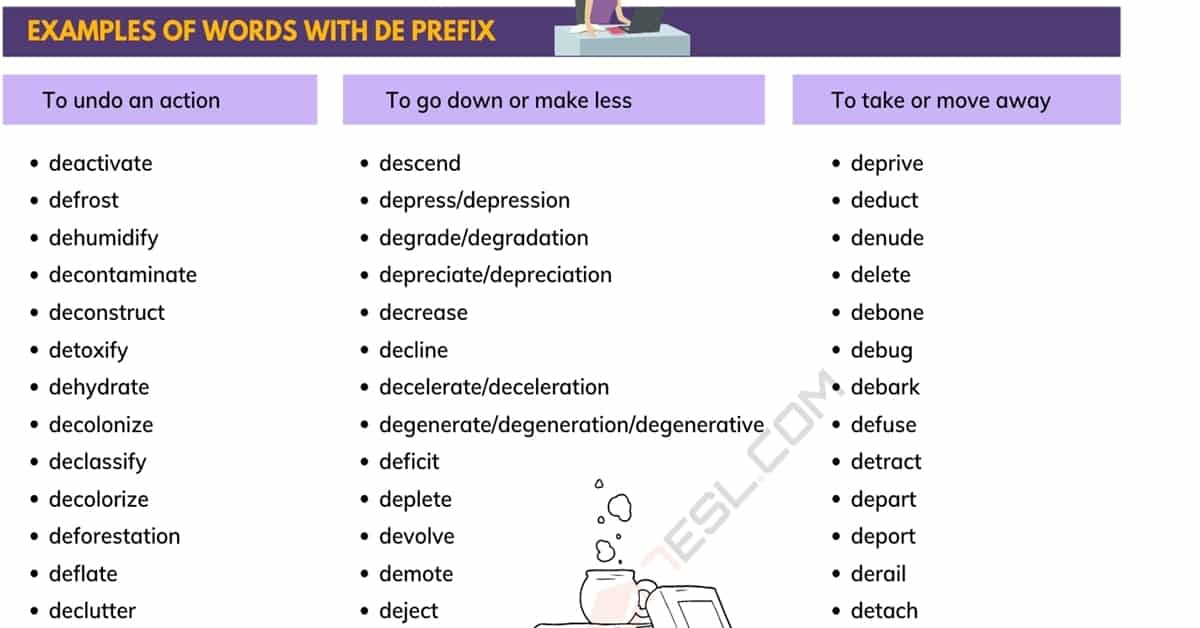 De prefix in English. Affixes are additional elements placed either at the beginning or end of a root word to change its meaning. There are two types of affixes: prefixes and suffixes. A prefix is added at the beginning of the term, while a suffix is employed at the end. Both could change the meaning of the root word based on the definition signified by that specific prefix or suffix. Here in this article, we shall discuss one particular prefix: de prefix.

What is the Prefix De?

The de- prefix is generally used to undo a specific action. Thus, it is most commonly applied before a verb or action word. However, the de- prefix has evolved into having several meanings over time. More specifically, it can indicate privation, removal, separation, and intensity of a word. It can also imply something done thoroughly or something that is taken negatively. Additionally, it may suggest disapproval.

Nevertheless, not all words starting with de- are using it as a prefix. For example, “deaf” is not “de-af,” and “dentist” is not “de-ntist.” Deaf and dentist are complete, stand-alone words. The de- in each of them is not a prefix but rather an innate part of the terms.

You can identify if the de- in the word is a prefix if the root word is understandable by itself and without the prefix. Or you can also substitute de- with another prefix, such as a-, in-, en-, and re-. If the word makes sense, the de- there is used as a prefix. For instance, when the de- in “descend” is replaced with an a- prefix, the term “ascend” is formed. “Ascend” is the opposite of “descend,” thus, making the de- a prefix of the word.

A list of words with de- prefixes is provided in the latter part of this article to help illustrate how de- is used in various meanings.

Before diving into the whole set of examples of words with de- prefixes, let us first learn how and where this prefix came from. The de- prefix is inherited from French and Latin languages. When translated, it means “down,” “off,” or “away.” It is an active prefix, meaning it is continually used and added to different words to form new ones.

Examples of Words with De Prefix

Without further ado, here are some examples of terms that use the de-prefix. They are categorized based on the meaning that the de- implies on the word.

Meaning: to undo an action

Meaning: to go down or make less

Meaning: to take or move away

Meaning: to postpone or hold back

Meaning: to imply something negative

Meaning: to disapprove of something or inform against

Those are just some of the terms that use the de- prefix. Hopefully, this article helps in improving your vocabulary about different words with suffixes. Check out the other articles on this website to learn more about English grammar. 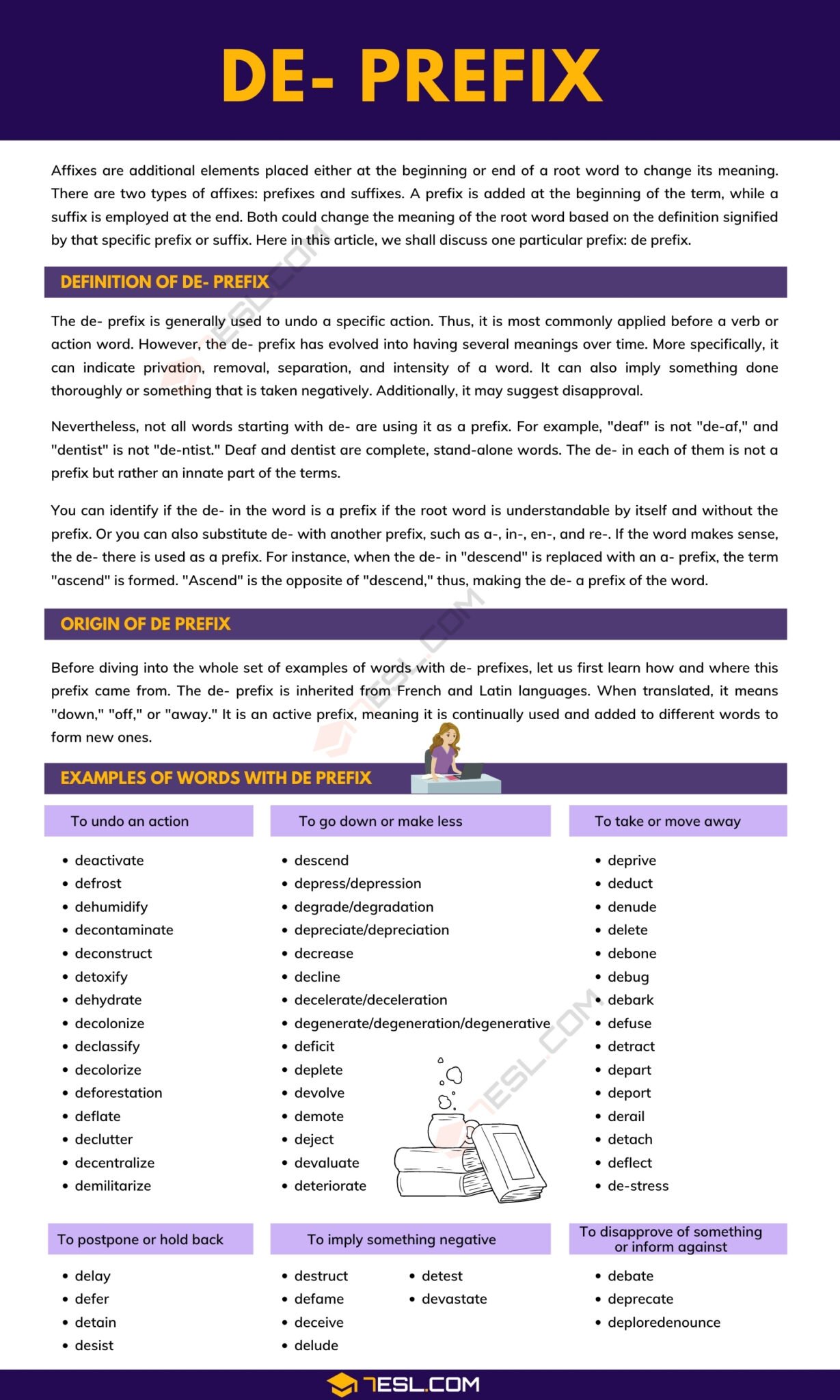 Decease is what kind of word ? It should mean to start again. But is not found in this articles on affixes.