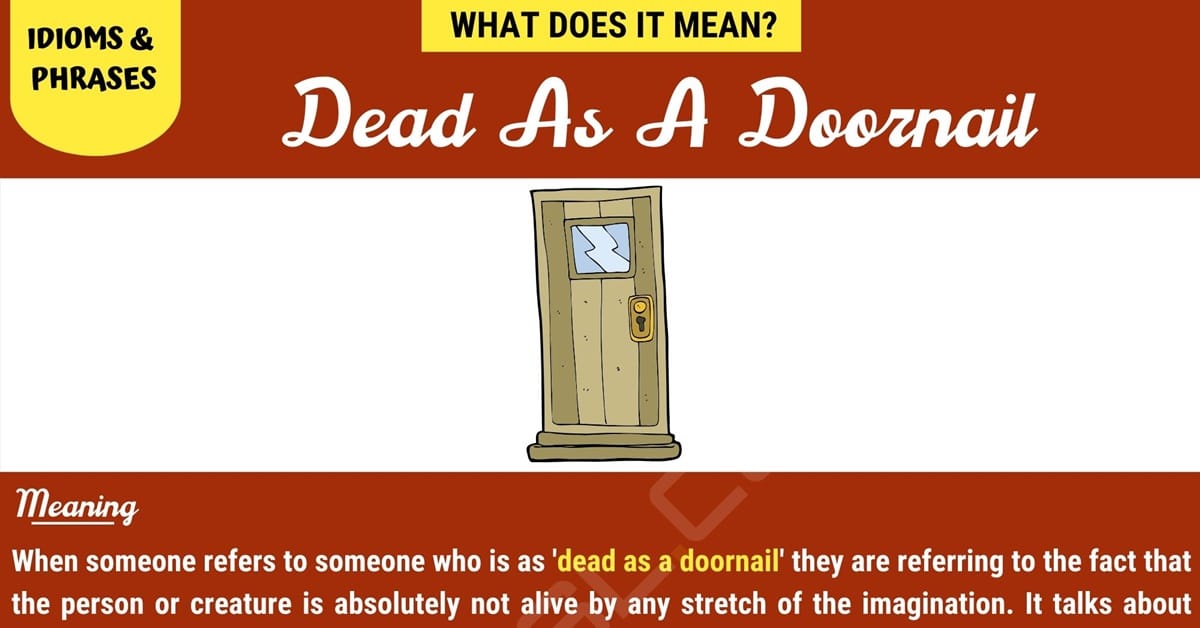 When listening to English conversations you might hear the term ‘dead as a doornail’ but what does this saying mean and where did it come from? We are going to answer both of these questions as well as taking a look at how this term can be incorporated into a conversation.

Dead As A Doornail

Dead As A Doornail Meaning

When someone refers to someone who is as ‘dead as a doornail’ they are referring to the fact that the person or creature is absolutely not alive by any stretch of the imagination. It talks about how there is no mistake that this person or animal is dead.

The saying ‘dead as a doornail’ is believed to have originated in the 1300s when it was written in poetry. It is commonly believed that the saying derived from the act of clenching nails to secure a door.

“Dead As A Doornail” Examples

You would use this idiomatic term when talking about a deceased person or animal, and you wanted to convey the fact that they were definitely dead. You might say something along the lines of

The term is intended to be used in a more light hearted conversation about death.

It could also be used to verify the death of someone, for example if someone asked you if you were certain about a death, you could reply with

If you are curious to know how the term ‘dead as a doornail’ would fit into a conversation, here are some examples featuring the phrase.

If you wanted to express the meaning of the term ‘dead as a doornail’ in another way, there are plenty of ways you can do that. Here are a few examples of how to say the term using different words.

Dead As A Doornail | Picture 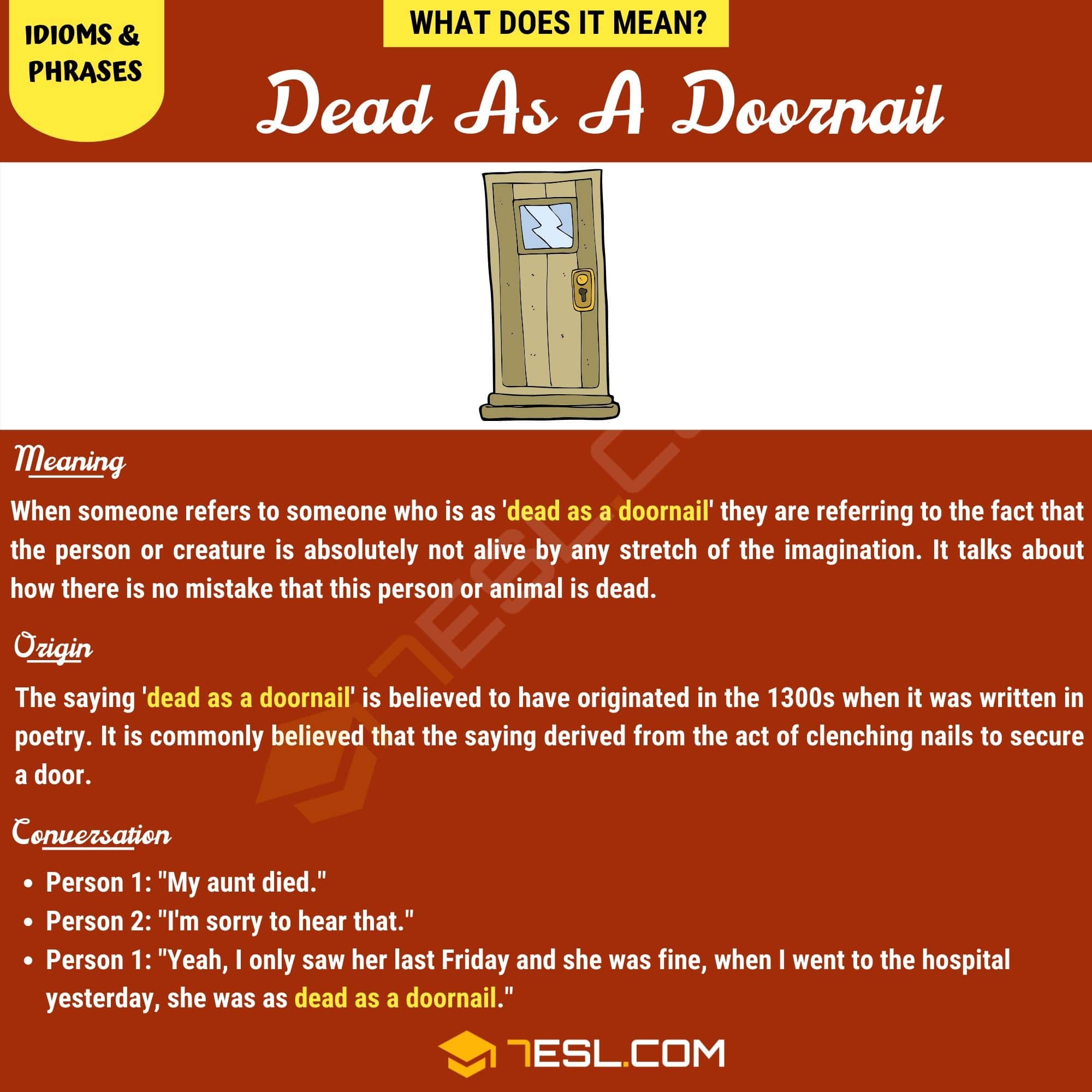