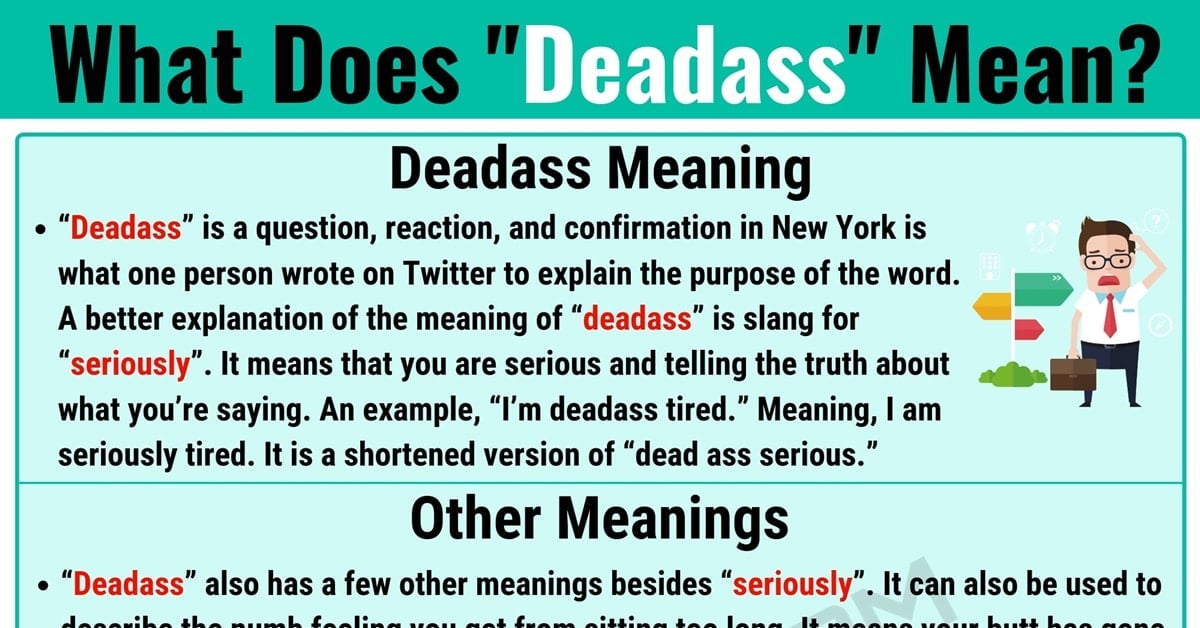 What does Deadass mean? Are you searching for the meaning of Deadass? Learn the definition and how to use this internet slang word with ESL picture and useful text conversations in English.

What Does Deadass Mean?

It’s not only acronyms that can be difficult to understand, but current lingo too. Six months ago, I’d never heard of the word “deadass”. But now that I have, I use it quite frequently. This word originated in Brooklyn and has become quite popular within the last two years. It is most frequently seen on Twitter. However, the first inclusion of it in the Urban Dictionary back in 2003, which means this word has been around a lot longer than most people think.

“Deadass” is a question, reaction, and confirmation in New York is what one person wrote on Twitter to explain the purpose of the word. A better explanation of the meaning of “deadass” is slang for “seriously”. It means that you are serious and telling the truth about what you’re saying. An example, “I’m deadass tired.” Meaning, I am seriously tired. It is a shortened version of “dead ass serious.”

“Deadass” also has a few other meanings besides “seriously”. It can also be used to describe the numb feeling you get from sitting too long. It means your butt has gone to sleep, or died; hence the phrase “deadass”.  It can also mean someone who has died and cannot be revived.

A third alternate meaning is a person who has partied too much and no longer wants to have fun. It can also be used to refer to someone who makes bad decisions. You would use it in place of something like “dumbass”. Finally, it can be used to explain a bad smell.

In this example, Stan is using the word “deadass” as a replacement for “seriously”. He partied too hard the night before and had a blackout, which led to him hooking up with someone who clearly isn’t his girl. If you can’t handle your liquor, you shouldn’t drink. It rarely ends well. 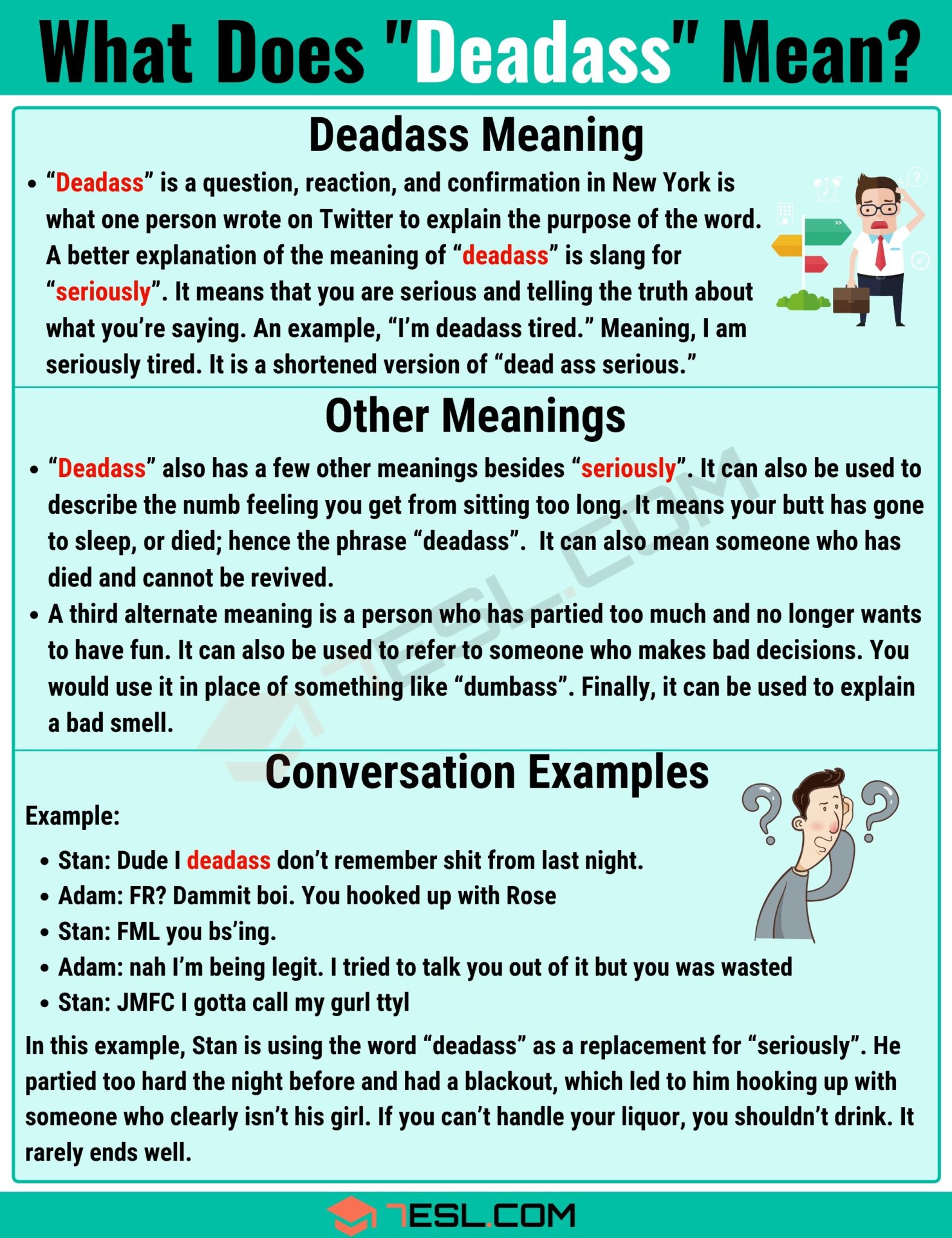