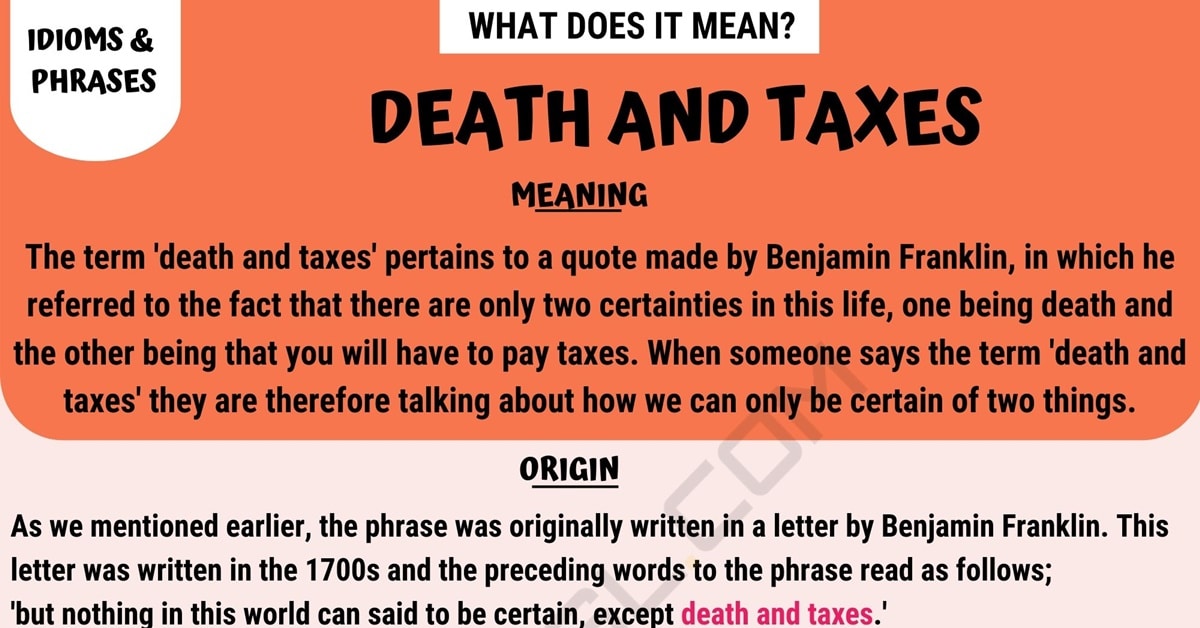 Have you ever been listening to a conversation when you heard the term ‘death and taxes’ and wondered what it meant? We are going to take a look at the meaning behind this phrase and where it came from along with some ways that it can be incorporated into your day to day conversations.

As we mentioned earlier, the phrase was originally written in a letter by Benjamin Franklin. This letter was written in the 1700s and the preceding words to the phrase read as follows; ‘but nothing in this world can said to be certain, except death and taxes.’

There are other ways in which you can express the meaning of the idiom ‘death and taxes.’ Here are some examples of that.

If you are interested to know more about how this phrase might fit into a conversation then here are some examples of how it might look. In the first conversation we see someone explaining that they cannot be sure that someone will not get sick and in the second we see two people expressing that there can only be a guarantee of two things.

What Is “Death and Taxes” | Image 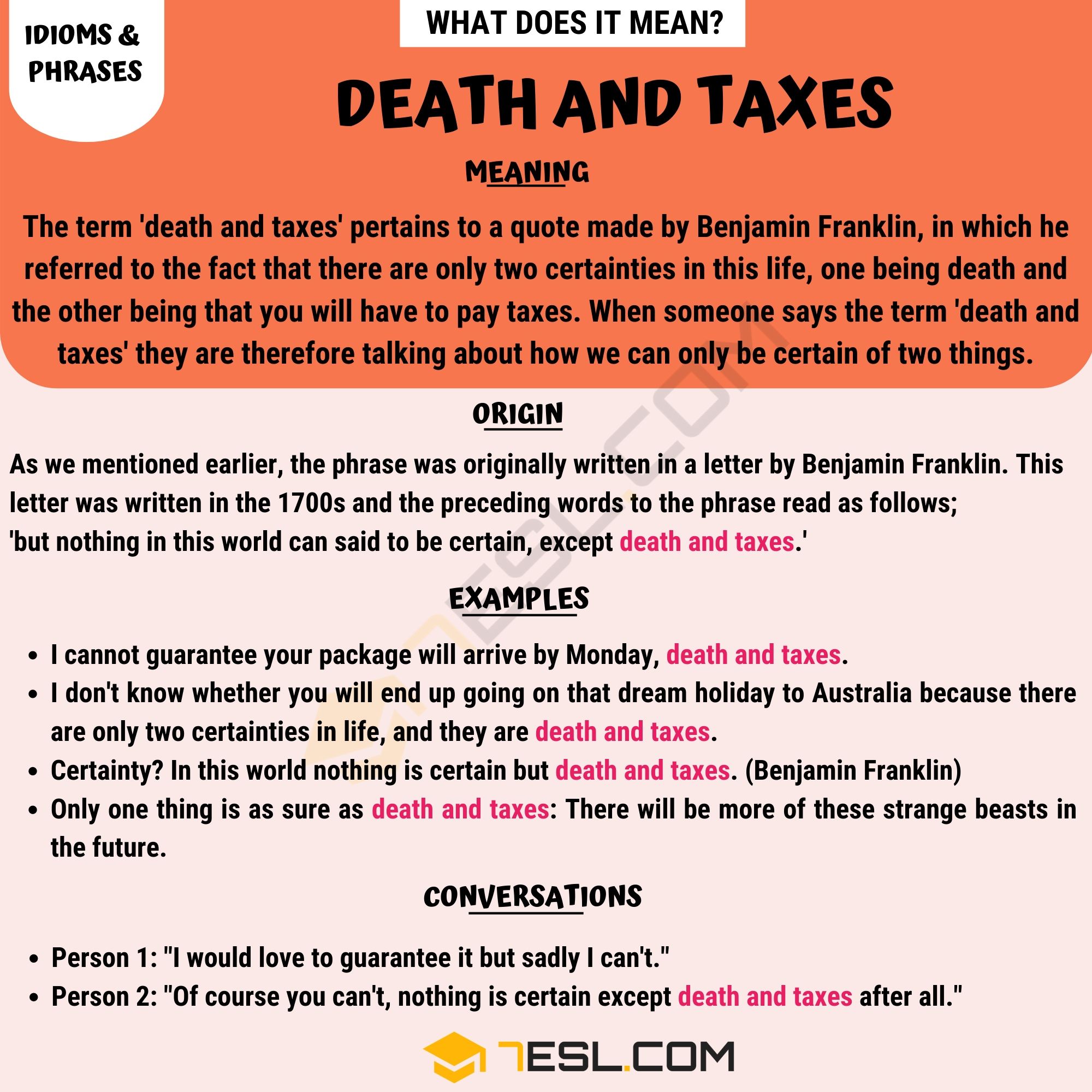