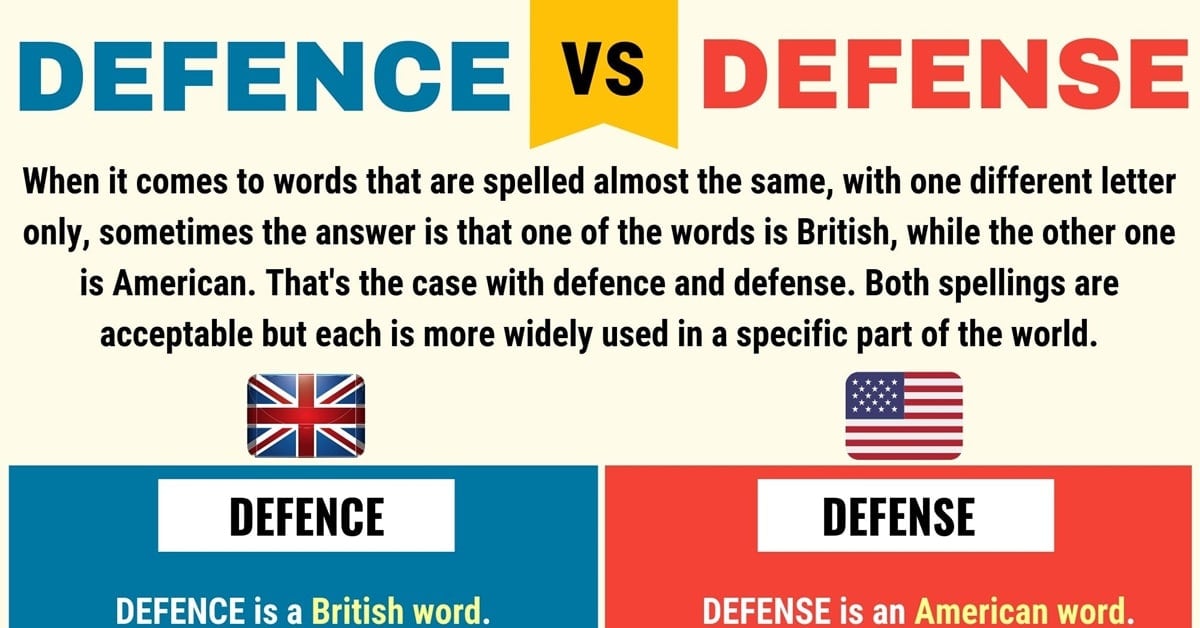 Defence vs. defense! When it comes to words that are spelled almost the same, with one different letter only, sometimes the answer is that one of the words is British, while the other one is American. That’s the case with defence and defense. Both spellings are acceptable but each is more widely used in a specific part of the world.

DEFENSE is an American word and DEFENCE is British. So, when you see a sentence like “The enemy was attacking us but our defense/ defence was strong enough to stop him”, you can use one of the two words with confidence. You only need to remember where the audience you are writing your text for is from.

Many other words can be formed from defense or defence but, interestingly enough, this difference in spelling doesn’t stay in all of the cases. For example, there isn’t such a word as “defencive” or “defencible”: when these suffixes are added, both British and American people spell the words with a “s”, i.e. defensive, defensible.

When an American person is talking about sports, you might hear him use defense as a verb. Some style guides say that this isn’t the correct usage of the word but still, since many native speakers use it, you can, too. There’s nothing wrong with saying something like, “Our team defenses the opponent’s attack”. However, if you want to be correct according to all the style guides, it’s better to use “defend against” instead of “defense” when you need a verb.

British and American English: Difference between Defence vs. Defense 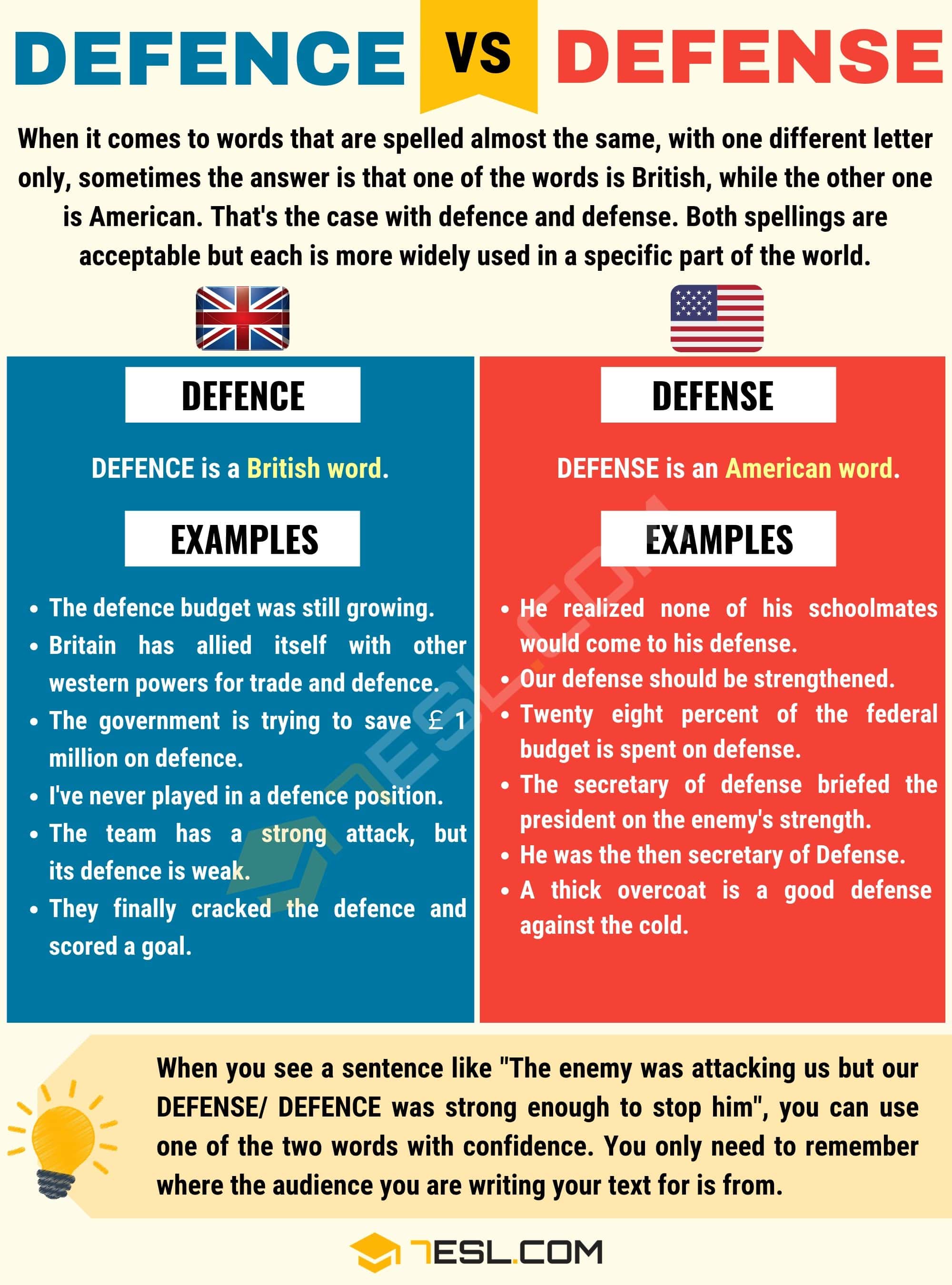 I don’t know, I think the c spelling of defence matches the pronunciation best like the s spelling of practise. These spellings could be used in American spelling more often.