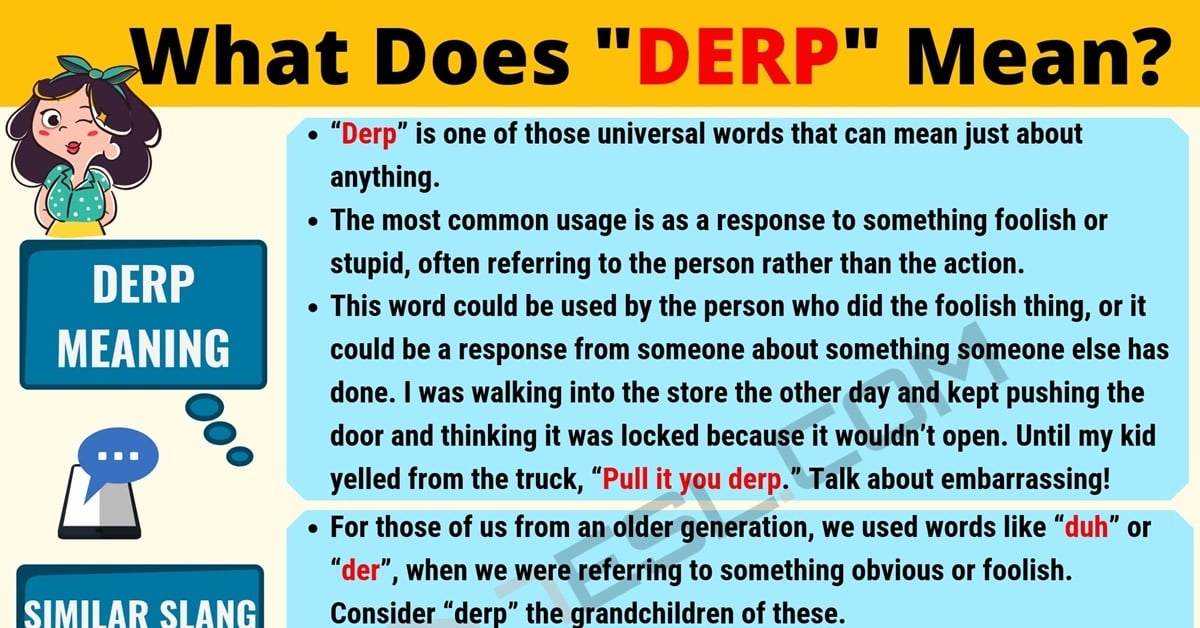 What does Derp mean? The following lesson provides the definition and the usage of this online slang word with ESL infographic and useful texting conversations in English.

With communications today going from worded sentences to a string of letters, it’ s not hard to find yourself confused. I can’t tell you how many times I’ve had to Google an acronym (a string of letters that is short for a phrase like “A.S.A.P.” is short for “as soon as possible”), an unfamiliar word that makes zero sense but apparently has meaning, like “derp”, or the little emojis, some of which are pretty easy to figure out while others leave you stumped. I’m curious as to how many people use the word “derp”, as I’ve only heard one person I know use it, and that’s my 13-year-old daughter.

What Does Derp Mean?

Derp is a response to something foolish or stupid.

This internet slang term is one of those universal words that can mean just about anything. The most common usage is as a response to something foolish or stupid, often referring to the person rather than the action. This word could be used by the person who did the foolish thing, or it could be a response from someone about something someone else has done. I was walking into the store the other day and kept pushing the door and thinking it was locked because it wouldn’t open. Until my kid yelled from the truck, “Pull it you derp.” Talk about embarrassing!

For those of us from an older generation, we used words like “duh” or “der”, when we were referring to something obvious or foolish. Consider “derp” the grandchildren of these. Similar words are DeRp, derpage, herpa derp, herpaderp, herp a derp, herp-a-derp, derpin’, stupid, retarded, idiot, derpy, derped, derpette, derpity, herp, snubba derp, and der hurrrr.

“Derp” is one of those words that have a ton of different meanings. A quick search on Urban Dictionary reveals over a dozen different pages of results. Some are just repeats of the main meaning of something being stupid, but there are other meanings as well.

“Derp” has been used in Hollywood since 1994 when it was used on the slapstick comedy “Baseketball”. It has seen been used in the mature audience cartoon series “South Park”, as the name of a character that temporarily replaced one of the most beloved characters, The Chef. The new character’s name was Mr. Derp, and after hitting himself in the head, he replied, “derp”.

Example using “derp” as a response to something foolish” 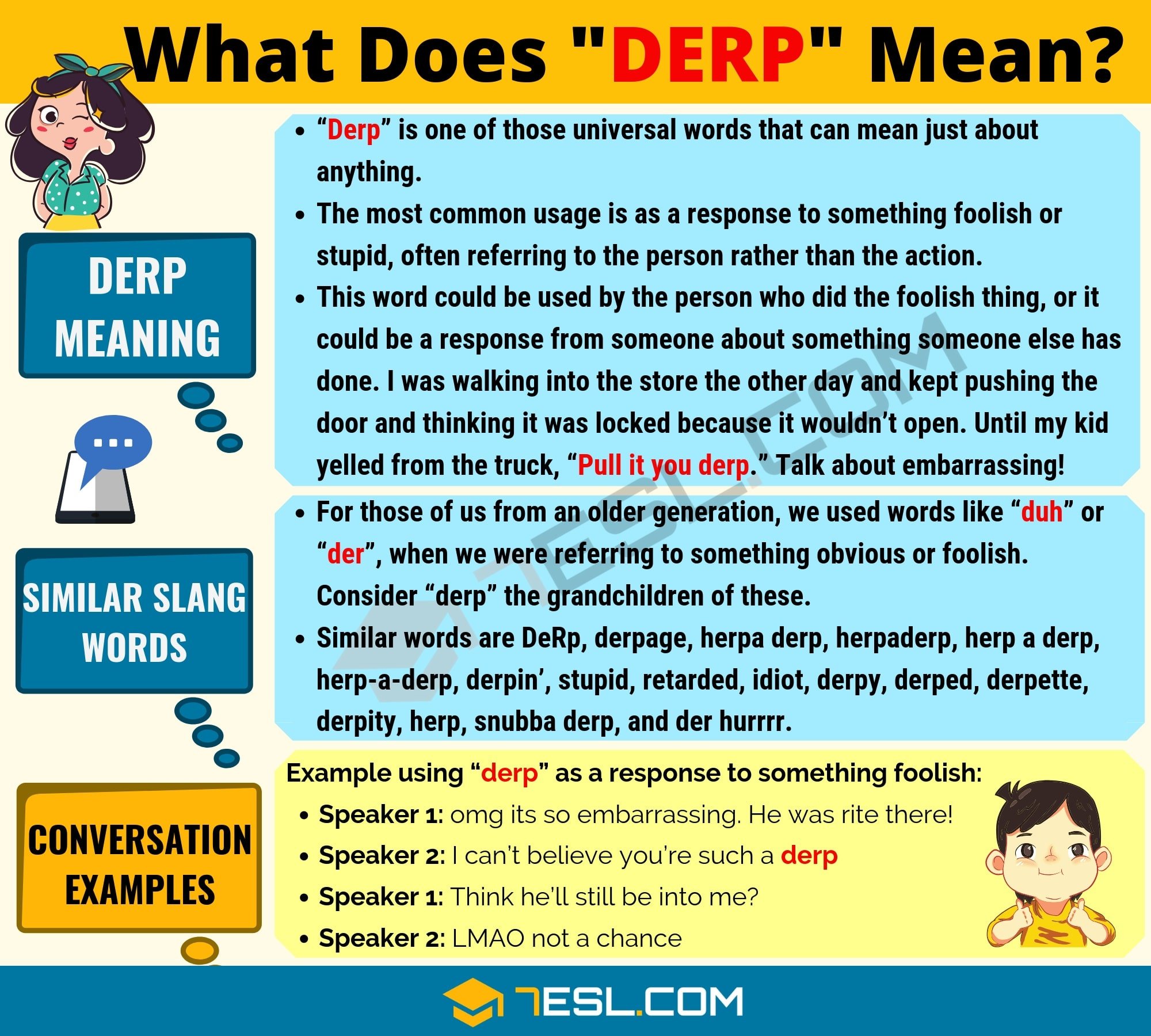