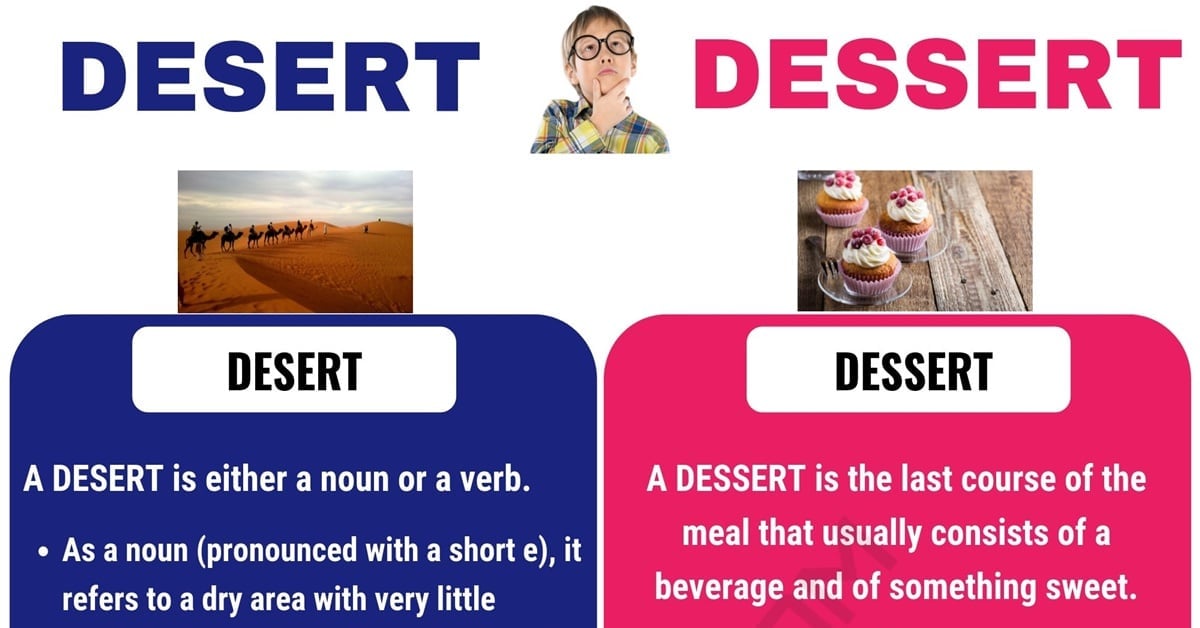 Desert vs. dessert! A single letter can make a very big difference, and this is exactly the case with desert vs. dessert. With only a single s added to the word, its meaning changes completely. And, because a desert and a dessert have absolutely nothing in common, using one word when you mean the other will create a lot of confusion for your readers. To avoid such inconveniences, be sure to read on: you’ll find out what’s the difference between these two words, and also learn some tricks that will help it stay in your mind.

A DESERT is either a noun or a verb. As a noun, it refers to a dry area with very little precipitation and very few animals and plants. As a verb, it means “to abandon”. In contrast, a DESSERT is the last course of the meal that usually consists of a beverage and of something sweet.

When to Use Desert vs. Dessert

Here are some examples of how you can use desert in a sentence:

On the other hand, dessert came to the English language from French. There, it was created some time in the middle of the 16th century from des that meant “last course” and servir that meant “to serve”. Just by looking at the etymology of this word, it’s clear to see why it has two S’s.

How can you use it in a sentence? Here are a couple of examples:

Tips for Using Desert vs. Dessert

One of the ways to remember which of the words is spelled with one S and which with two is to keep in mind their origins, but it isn’t the only one. There are some other things that are more fun that you can try.

For instance, a desert is full of sand, and both of these words have only one S. But a great and delicious example of a dessert is a strawberry shortcake, and this phrase has two S’s. Just picture this sweet cake with strawberries on top the next time you find yourself pausing in the middle of your writing, trying to remember which word you should use, and your dilemma will be solved in seconds.

No matter which method you choose, the only important thing is that you actually remember the difference. You don’t want your readers to wonder why the characters of your novel are walking around a dessert, or to think that they decided to get a desert after dinner. Of course, they will understand what you were trying to say, but it’s best not to keep your readers guessing and give them all the correct information from the very beginning.

Difference between Desert vs. Dessert | Image 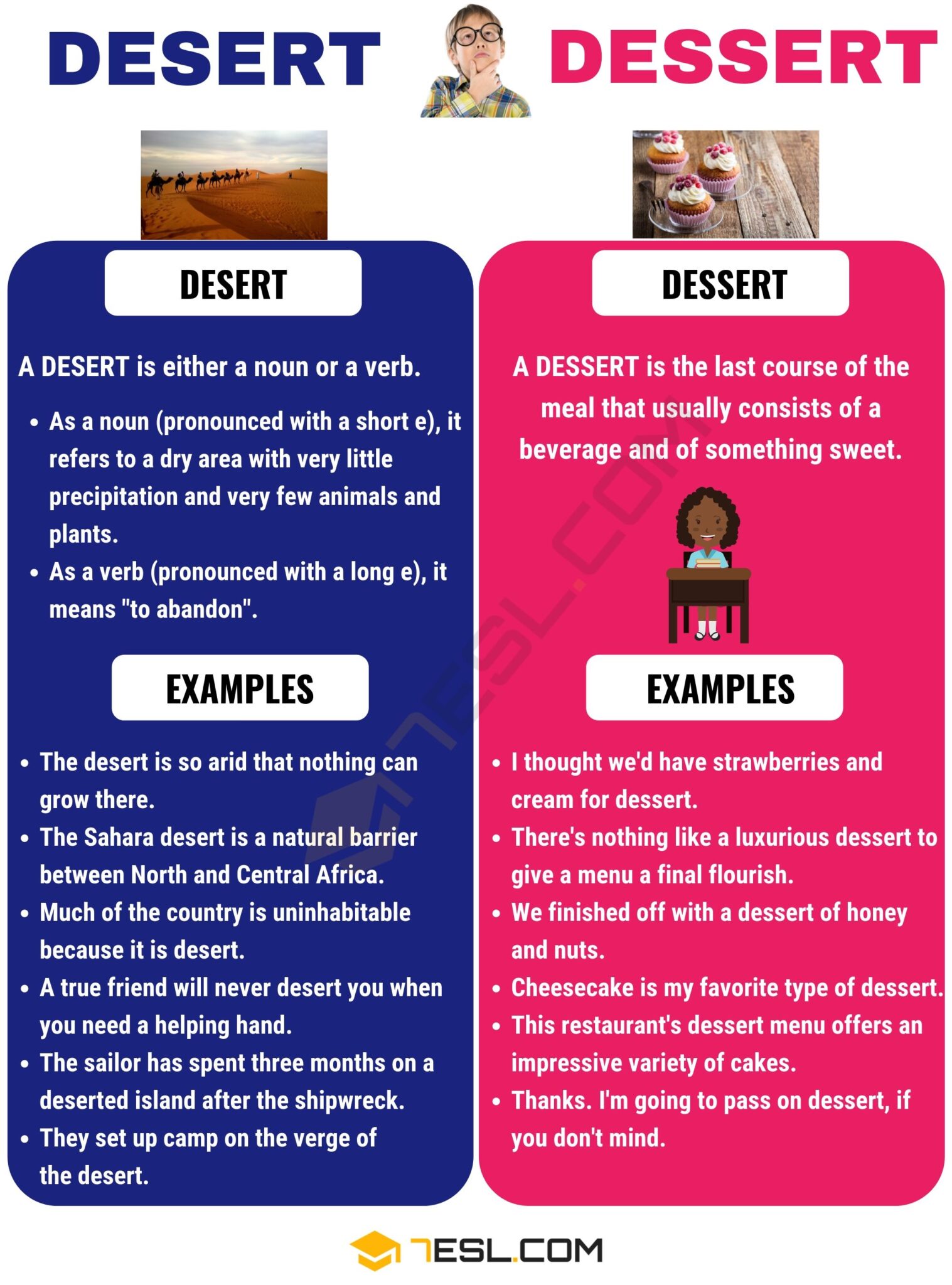