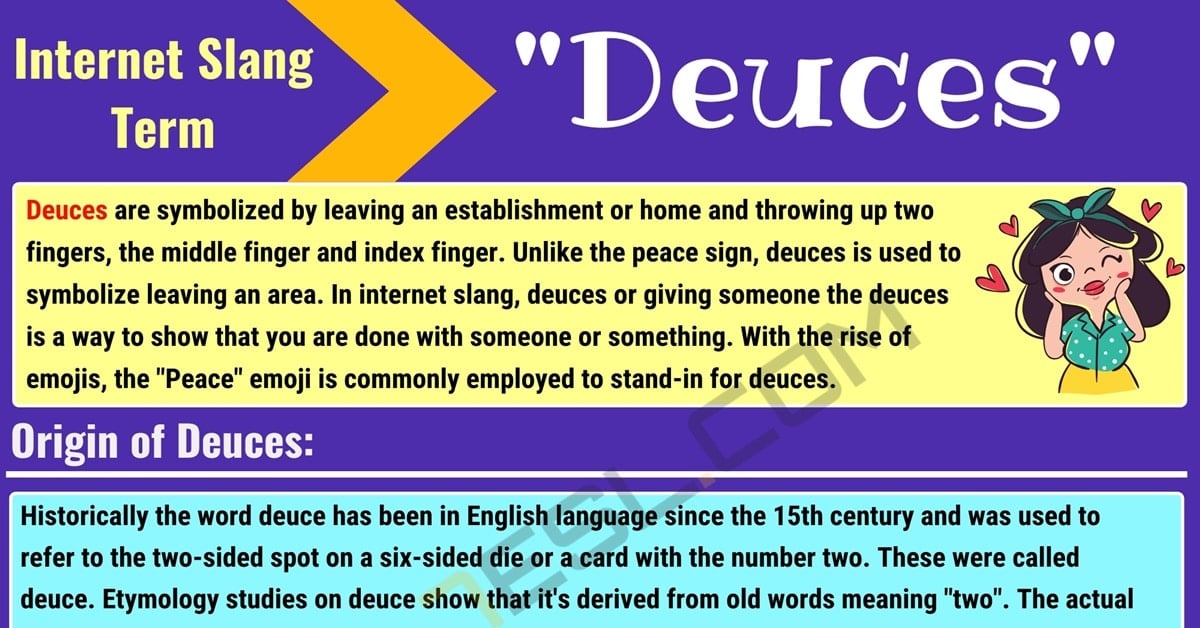 Deuces is a slang used for an action that eventually worked its way into the internet lexicon, although very rarely used. This article introduces the meaning, origin of Deuces with useful conversation examples and ESL image.

What Does Deuces Mean?

Deuces are symbolized by leaving an establishment or home and throwing up two fingers, the middle finger and index finger. Unlike the peace sign, deuces is used to symbolize leaving an area. In internet slang, deuces or giving someone the deuces is a way to show that you are done with someone or something. With the rise of emojis, the “Peace” emoji is commonly employed to stand-in for deuces.

Historically the word deuce has been in English language since the 15th century and was used to refer to the two-sided spot on a six-sided die or a card with the number two. These were called deuce. Etymology studies on deuce show that it’s derived from old words meaning “two”. The actual act of giving deuces likely began in the 20th century and the slang itself was present online since the late 1990s. This being said, it has not seen much widespread usage online.

Deuce, singular, is typically used online when the subject of human fecal matter is concerned. When expressing having to go to the bathroom, saying “dropping a deuce” would indicate that one had to excrete and not just urinate. This in turn is derived from the slang phrase “number 1, or number 2”; whereas number 1 meant you have to urinate and number 2 was for excrement. Deuce became a popular buzz word in the early 2000s thanks to the character Stewie Griffin from the American cartoon series Family Guy. Despite being a baby, he would frequently exclaim “What the Deuce” when startled or upset, a more censor-friendly exclamation compared to “what the shit”.

Because of the specifics of what giving the deuces is, the word is always left plural. If used singular, the meaning is drastically changed. Currently, the most common way to give the deuces online is with the peace emoji. 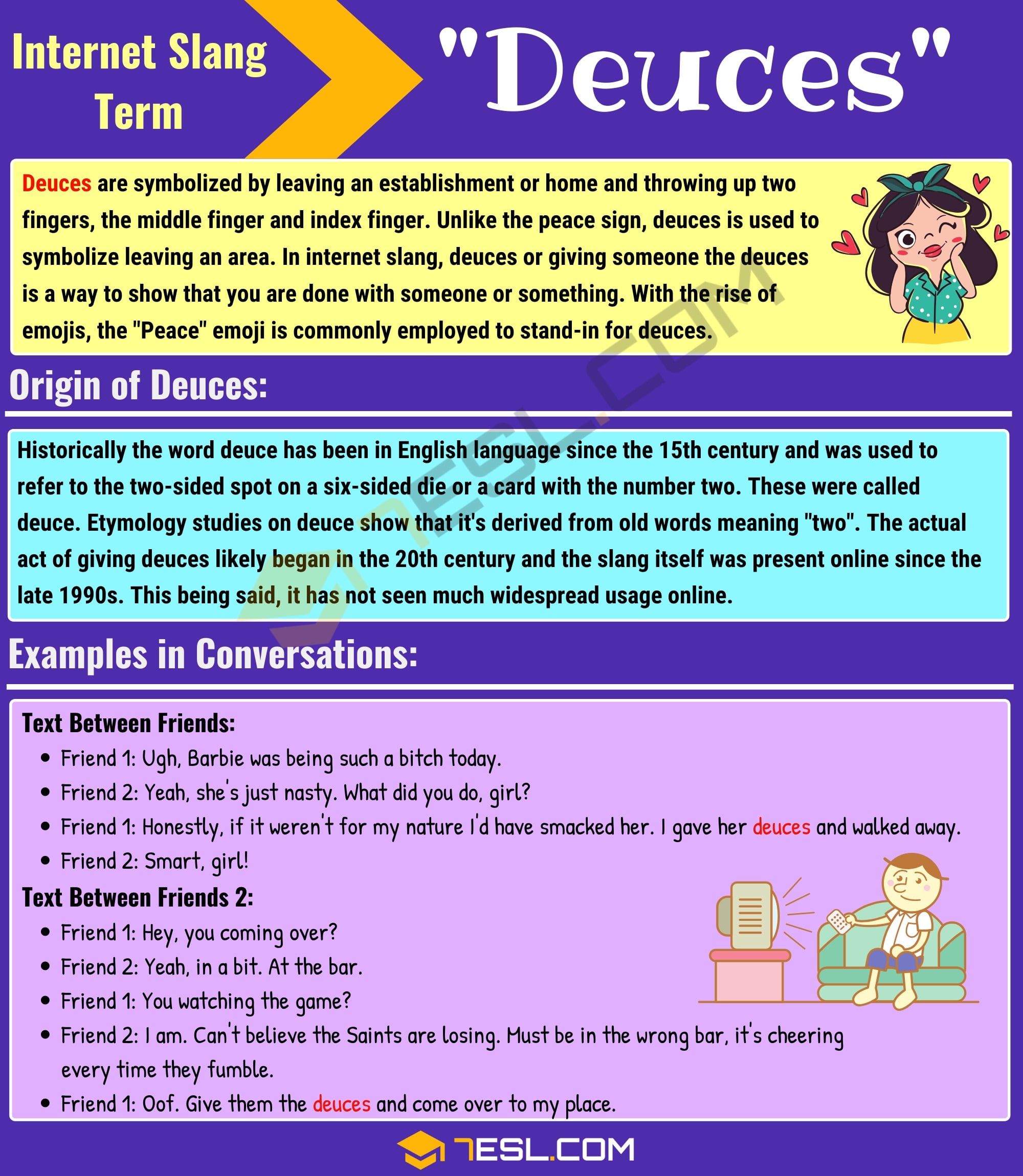 Deuces (2 fl.oz) are also measurements in the streets for codiene cough syrup