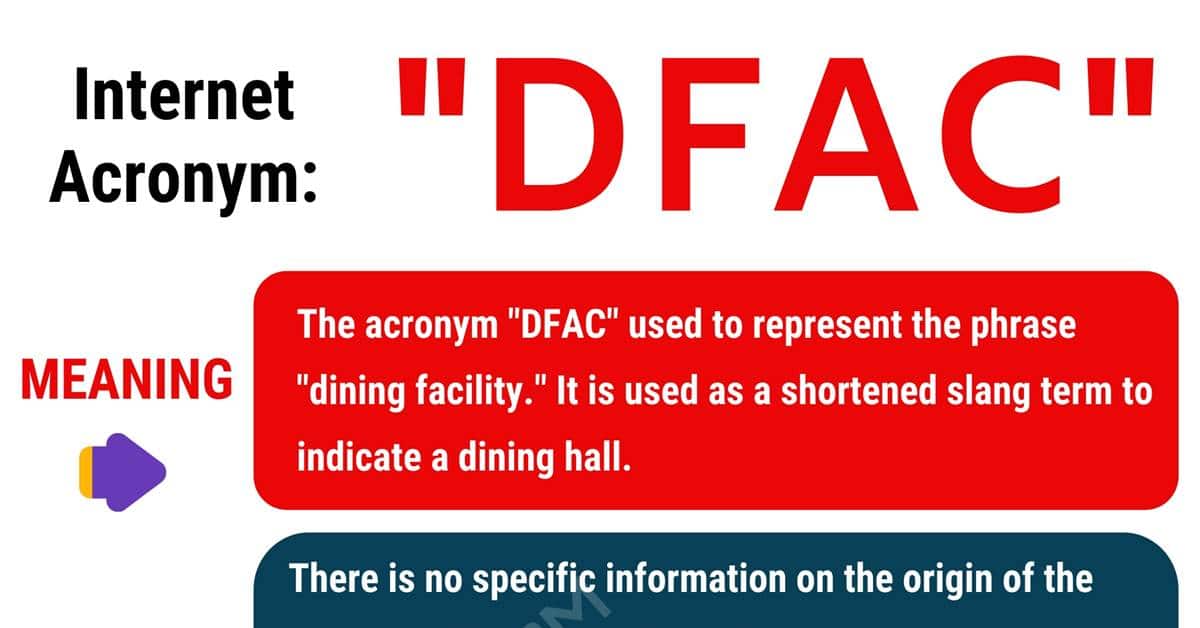 Most likely not everyone has heard of the acronym DFAC before. However, it is popular in some circles. If you have encountered this phrase in the perusal of the internet or some other location and wondered what this acronym could represent, then you have arrived at the right destination. Here you will not only find the meaning of this acronym, but you will also find some information on its origin and see some other meanings if it has any. Additionally, you will see the word used in some example conversations so you can gain some further understanding of how the term is used and you will some alternative words or phrases you can use in its place to mean the same thing.

What Does DFAC Mean?

The acronym “DFAC” used to represent the phrase “dining facility.” It is used as a shortened slang term to indicate a dining hall.

There is no specific information on the origin of the acronym/abbreviation “DFAC” concerning a point in time. However, the location of the origin is certain. This term originated in the military as a form of military slang for the mess hall. The mess hall is where military personnel is required to go and eat.

Other Ways to Say “DFAC”

There are only a few choices for words or phrases that you could use in place of the acronym “DFAC.” Some of the things you could say instead include: 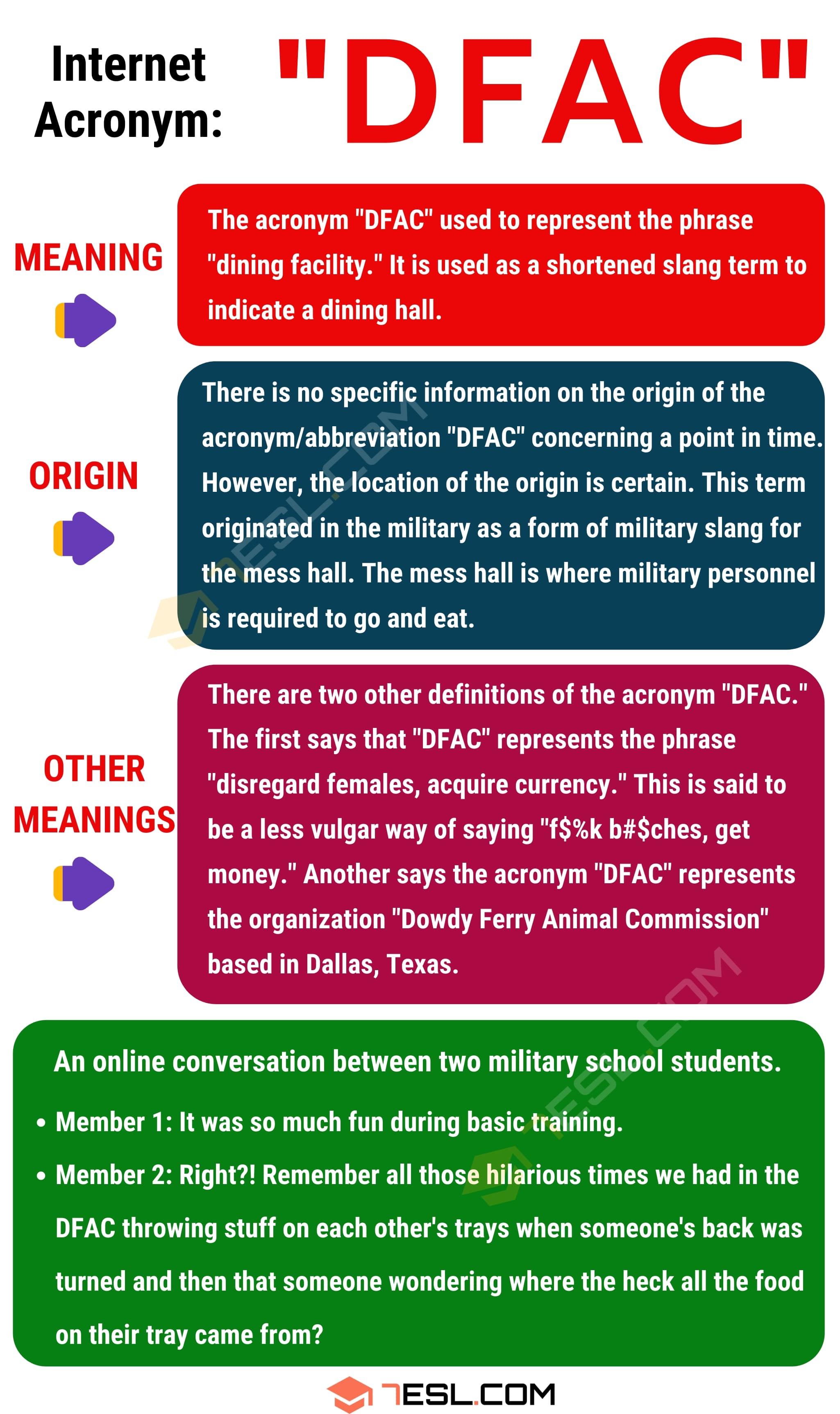