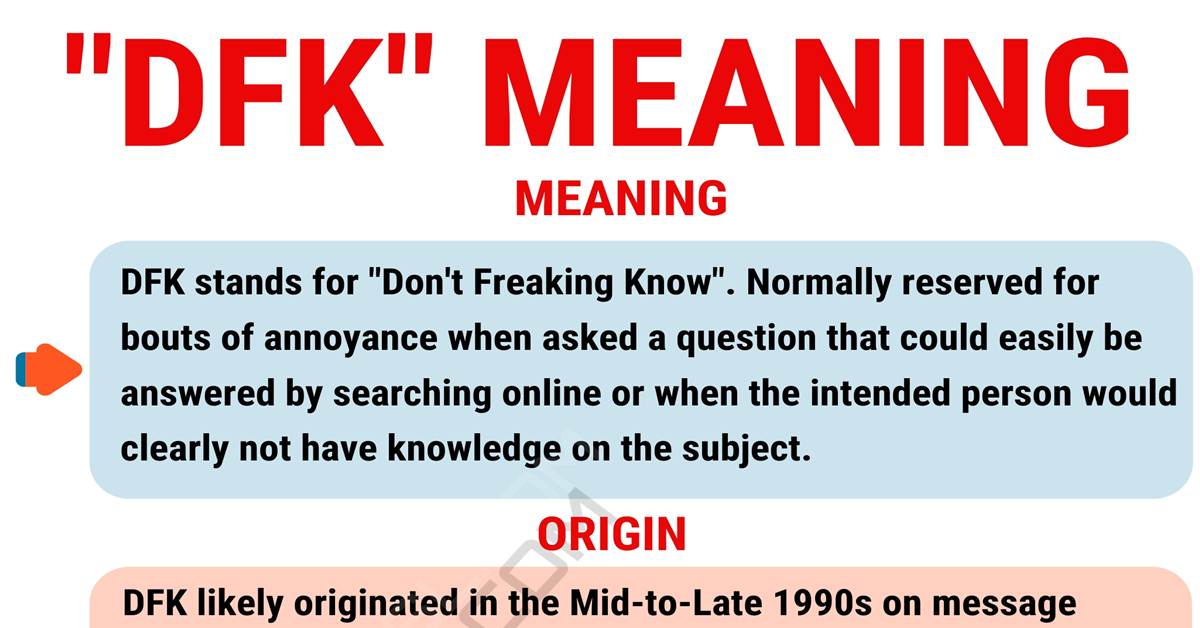 What does “DFK” mean? DFK is an acronym with plenty of meanings but normally used to express annoyance. Learn the definition, origin and example conversations of the acronym in English with ESL infographic.

What Does “DFK” Mean?

DFK stands for “Don’t Freaking Know“. Normally reserved for bouts of annoyance when asked a question that could easily be answered by searching online or when the intended person would clearly not have knowledge on the subject.

DFK likely originated in the Mid-to-Late 1990s on message boards before becoming popular among those using text and internet messaging. DFK also saw plenty of usage in online massively multiplayer games where it remains in popular use today. Like many other acronyms from the early days of the internet and text messaging, DFK has largely fallen out of usage having seen a brief resurgence of popularity thanks to Twitter.

As an acronym, DFK has plenty of other meanings. One usage is “Deep French Kiss”, a slang used in the escort trade. Dance Floor Killa is used if someone thinks a drum and bass tune sounds especially brutal or heavy. Finally, there is Dirty Fairfield Kids which is slang used for or by teenagers who believe themselves to be “gnar”; that is “cool or rad. More often than not this meaning is used as an insult.

Other Ways to Say “DFK”

DFK, like all acronyms, can be spelled in either all lowercase or capital letters. When spelled out, the “Freaking” part can be replaced with “F******” to make “Don’t F****** Know”. The words are interchangeable enough without changing the meaning, but the latter’s usage tends to be viewed as more crass. 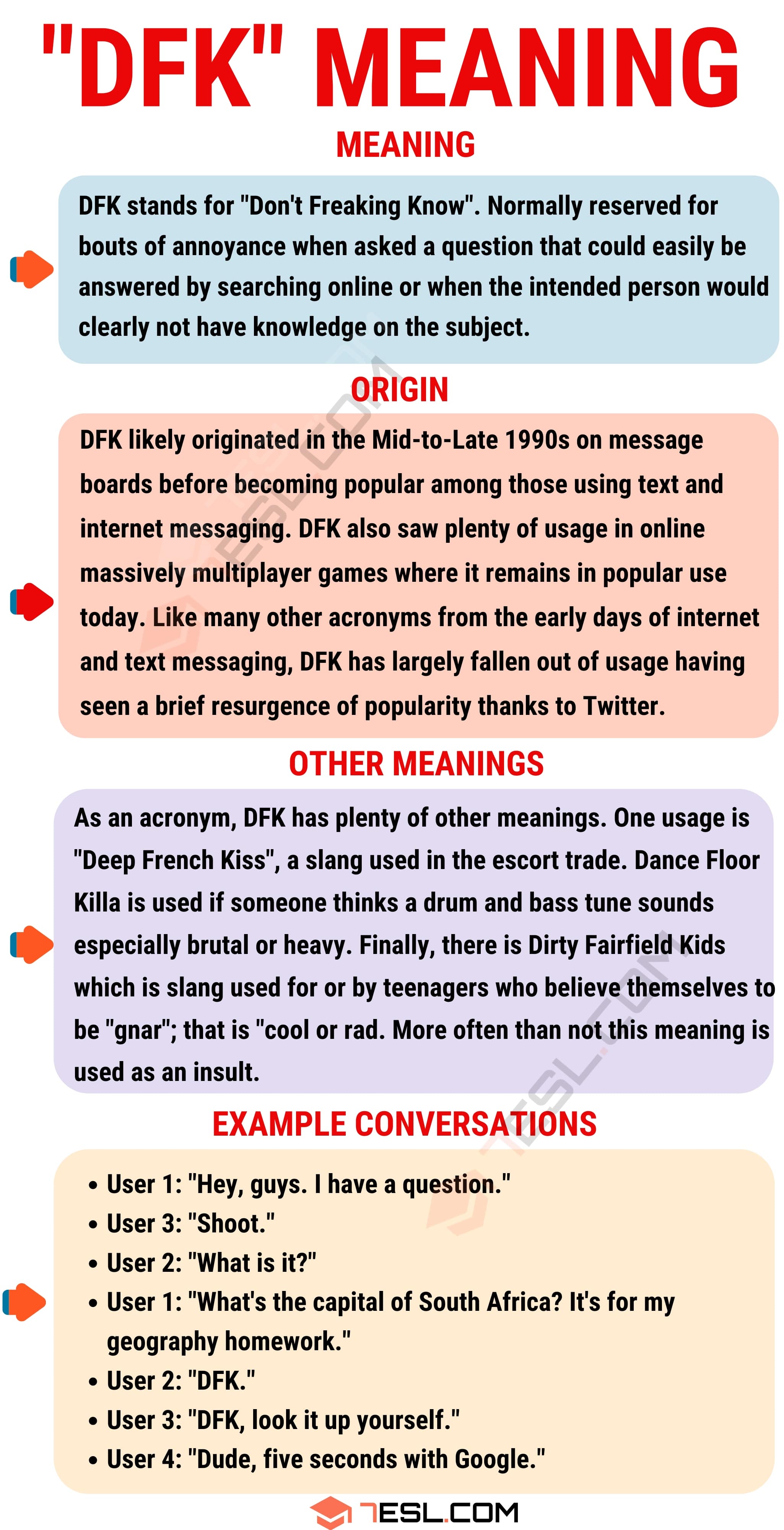