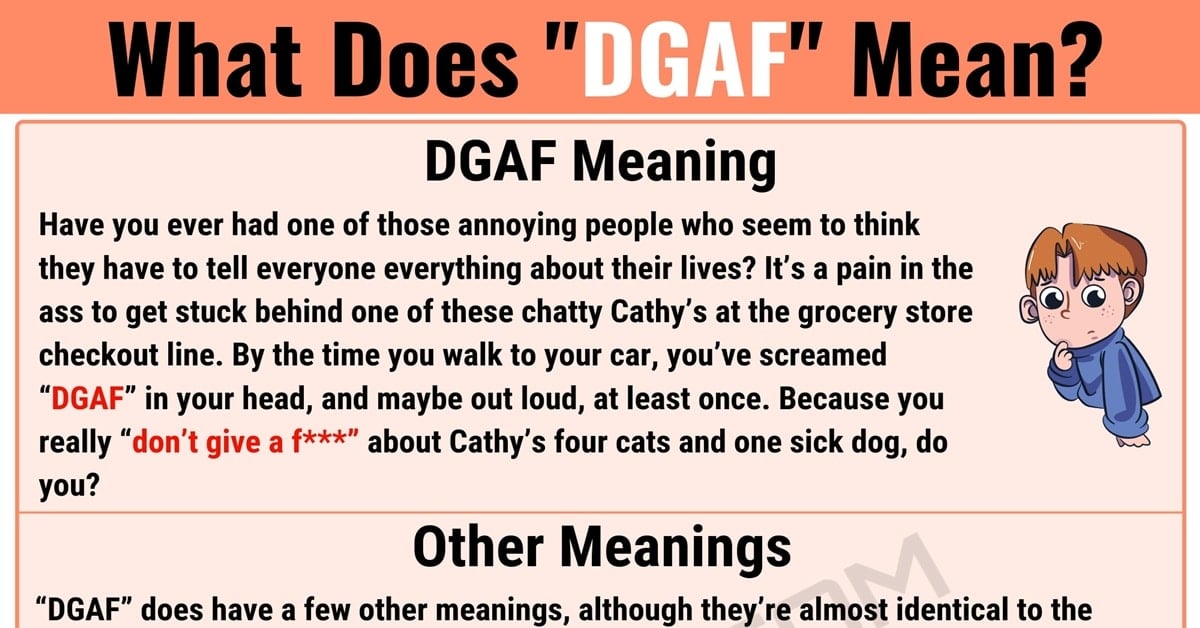 What does DGAF mean? Learn the definition and how and when to use the internet slang word with ESL picture and interesting texting conversations in English.

What Does DGAF Mean?

Acronyms: making our lives easier one string of letters at a time. With the invention of Smart phones, most people have learned how to multitask like pros. Although there are those that like to think they can multitask but really can’t. Yeah, unfortunately I can be one of those people at times. Because we’re so busy, we’re often looking for ways to save time – especially when it comes to something easy like texting. Why type out a four word sentence when you can use four letters and make the same point?

Have you ever had one of those annoying people who seem to think they have to tell everyone everything about their lives? It’s a pain in the ass to get stuck behind one of these chatty Cathy’s at the grocery store checkout line. By the time you walk to your car, you’ve screamed “DGAF” in your head, and maybe out loud, at least once. Because you really “don’t give a f***” about Cathy’s four cats and one sick dog, do you?

The phrase is said to have been started by a band called Kottonmouth Kings, who are from Southern California. They are a multi-genre group that released a song called “DGAF”. It has seen been adopted by everyone, and can even refer to a “Don’t Give a F***” lifestyle, meaning they smoke a lot of weed, listen to their music, and don’t care what society or anyone else has to think of them and their life choices.

“DGAF” does have a few other meanings, although they’re almost identical to the main meaning. Only one of the four alternative meanings does not refer to your opinion or lack of opinion about something.

Because “DGAF” can be used as a response to just about everything, in a casual manner, it’s not surprising to see that there is a ton of other ways you could relate the same message.

In this example, Shayne is mentioning to his friend that his favorite team lost their match. Allen responds by saying he doesn’t give a f*** because he’s too busy to watch any of them. Shayne sympathizes and the conversation continues. As you can see, although it may sound offensive taken out of context, it’s used in such a common, casual way that most people do not get offended or take it personally. 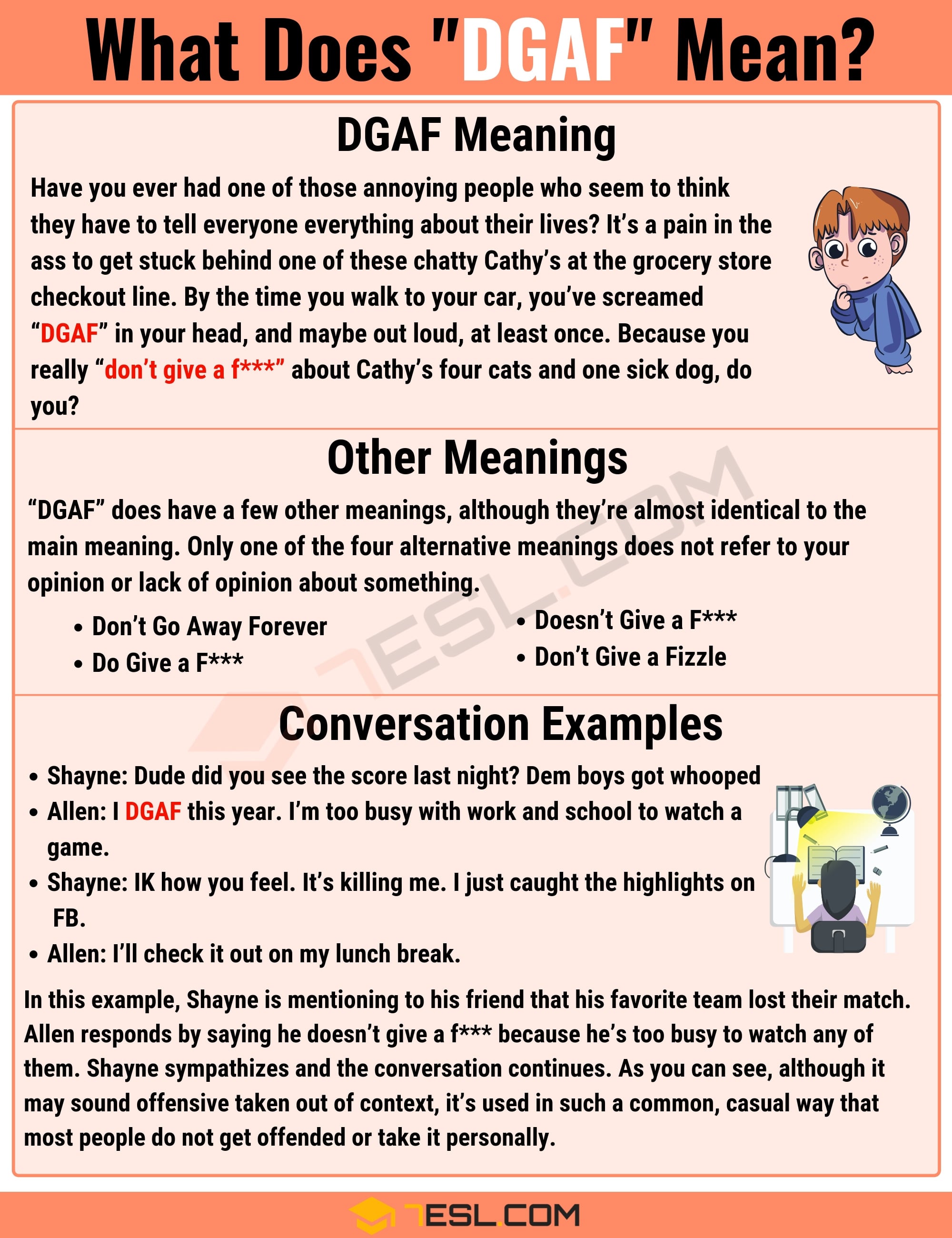