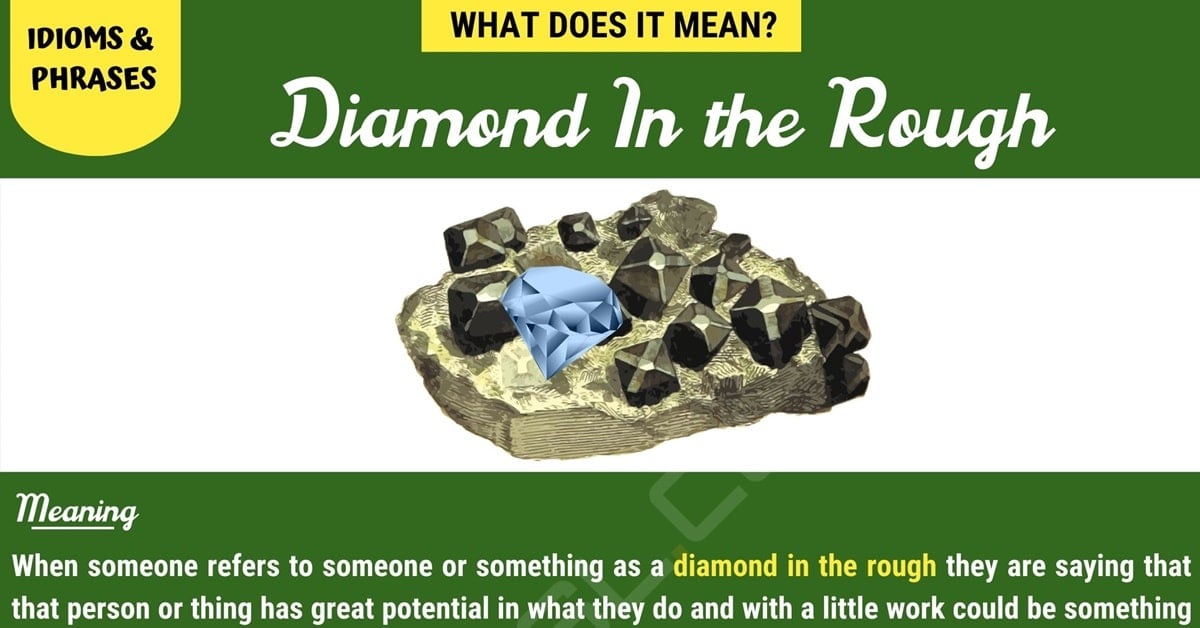 If you have ever heard the term ‘diamond in the rough’ during an English conversation, you may have wondered what it means. We will look into the meaning of this term and where it came from as well as how it can be used in our every day conversations.

Diamond In the Rough

Diamond In the Rough Meaning

When someone refers to someone or something as a diamond in the rough they are saying that that person or thing has great potential in what they do and with a little work could be something really great.

The term ‘diamond in the rough’ actually refers to a literal diamond, when it is first taken from the ground, it is not in the final, polished state that it will be when it is finished. But in its natural state, it is still extremely beautiful and amazing.

“Diamond In the Rough” Examples

You would use this saying to describe a person who has a very good talent or potential and just needs the smallest amount of work to really make them stand out from the crowd. You might say

You could also use it to describe an item such as an antique, you could say

Here are some examples of how the term ‘diamond in the rough’ might be heard in a conversation. In conversation one we see two people surprised at how someone was so good at what she does and saying that she is surprisingly talented. In the second conversation someone is talking about an antique which they think is beautiful but just needs a little polishing to be perfect.

There are plenty of other ways in which you can refer to a diamond in the rough, here are some examples of different terms that carry the same meaning.

Diamond In the Rough Meaning | Picture 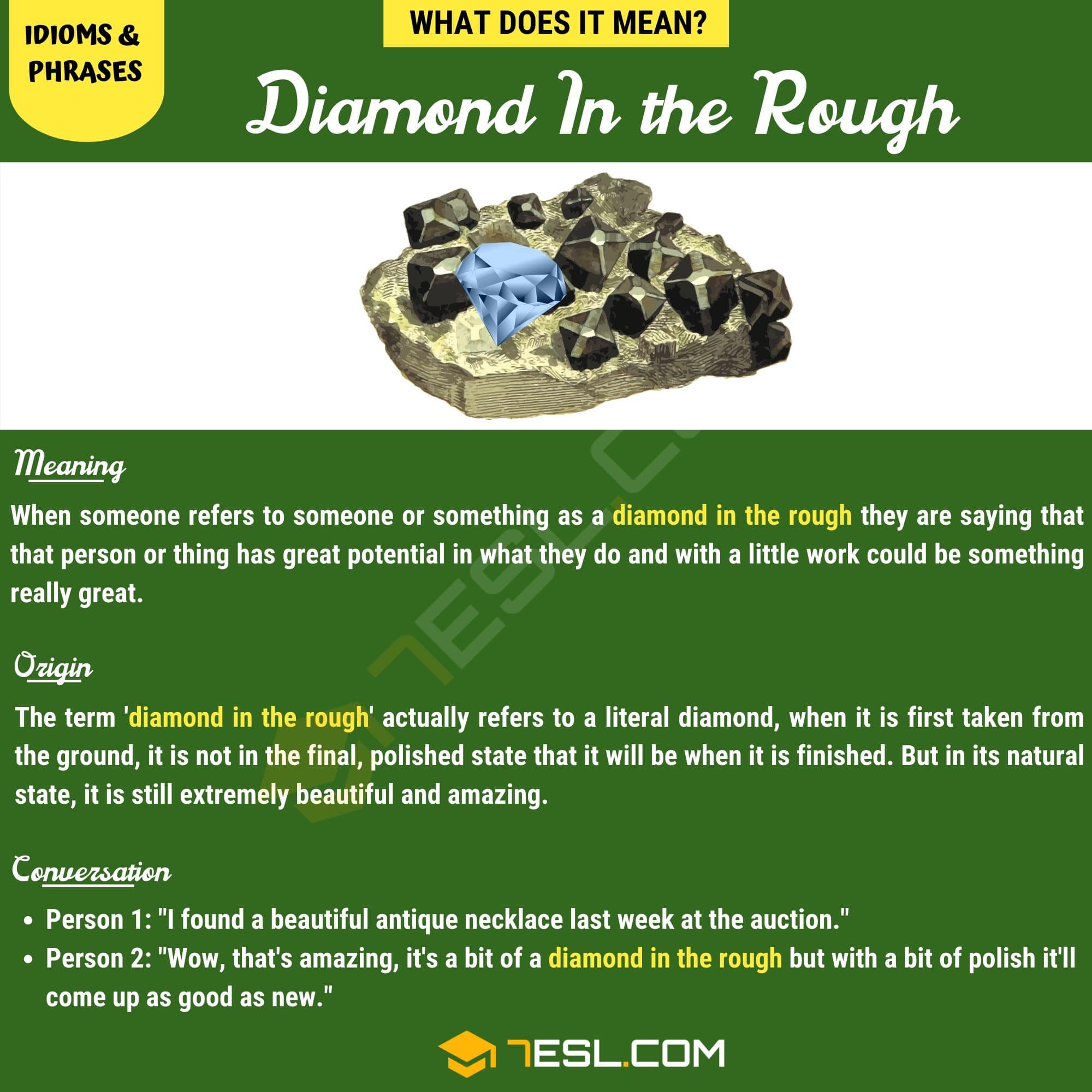