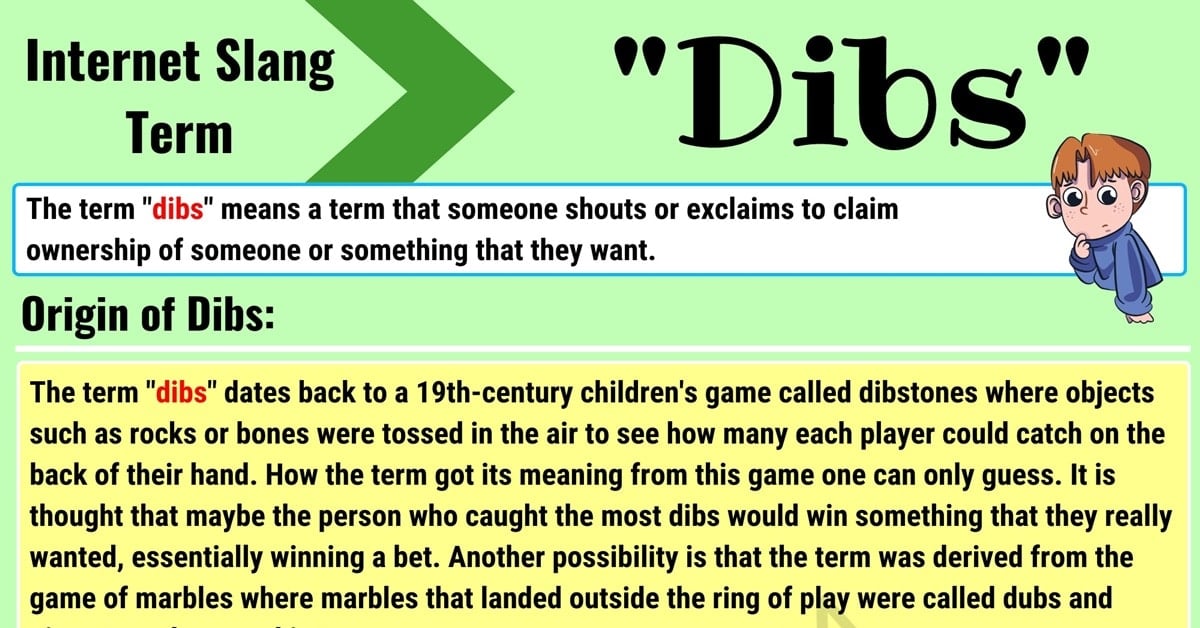 “Dibs” is a term that you will hear or see often, not only online but also when you are out and about in real life. If you have heard this term and were left wondering what it means, then you need not look any further.

Here you will not only find the meaning of this slang term, but you will also find the origin, alternate meanings, and some example conversations using this term in the proper context to help you further understand its meaning. In conclusion, you will find some synonyms for this term that you can use freely to replace the term “dibs” in conversation.

What Does Dibs Mean?

The term “dibs” means a term that someone shouts or exclaims to claim ownership of someone or something that they want.

The term “dibs” dates back to a 19th-century children’s game called dibstones where objects such as rocks or bones were tossed in the air to see how many each player could catch on the back of their hand. How the term got its meaning from this game one can only guess. It is thought that maybe the person who caught the most dibs would win something that they really wanted, essentially winning a bet. Another possibility is that the term was derived from the game of marbles where marbles that landed outside the ring of play were called dubs and given to a player on his turn.

A conversation between two co-workers:

There are several words or phrases that you could use in place is the term “dibs” in conversation to convey the same meaning. Some of the things you could say instead include: 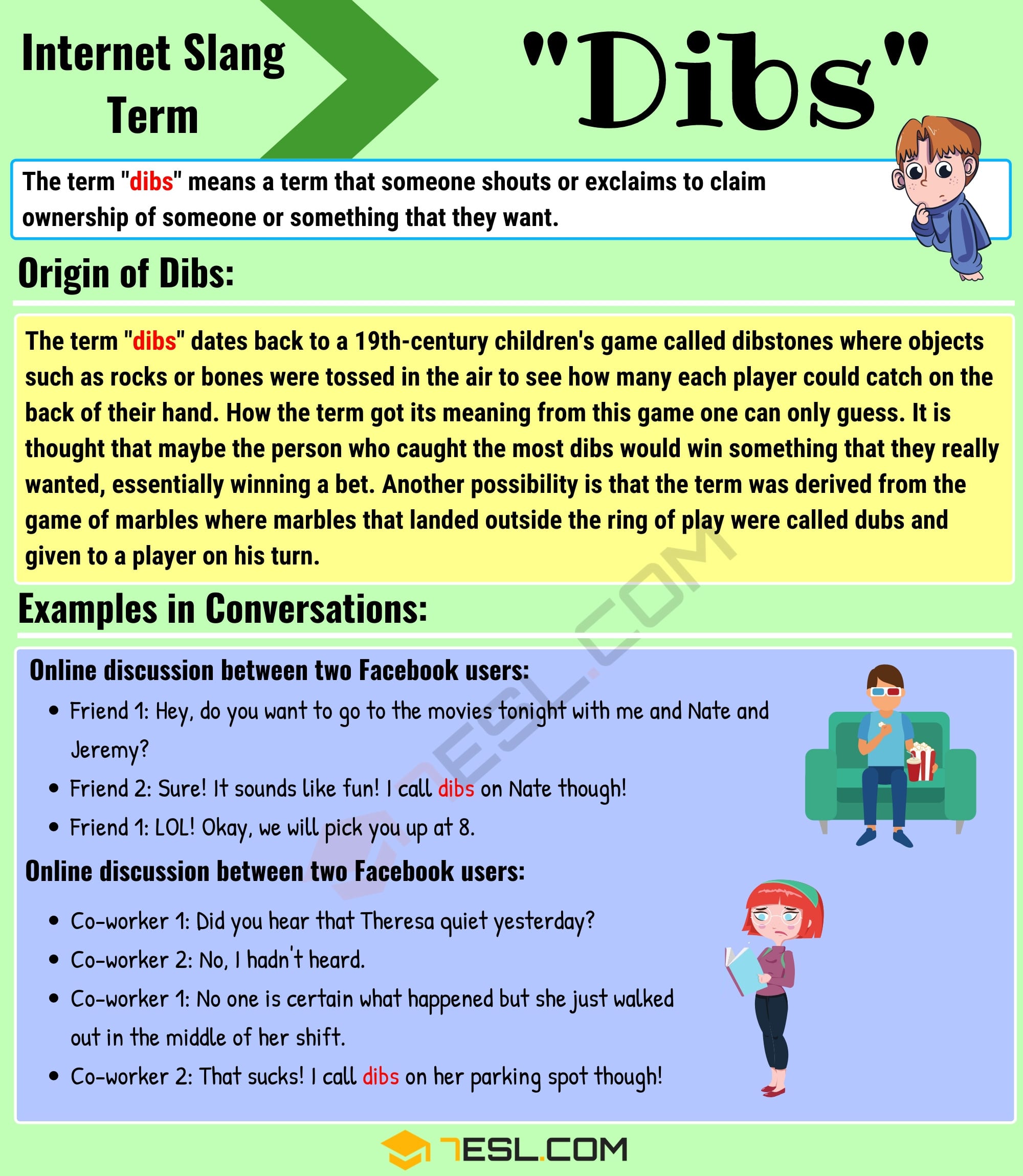