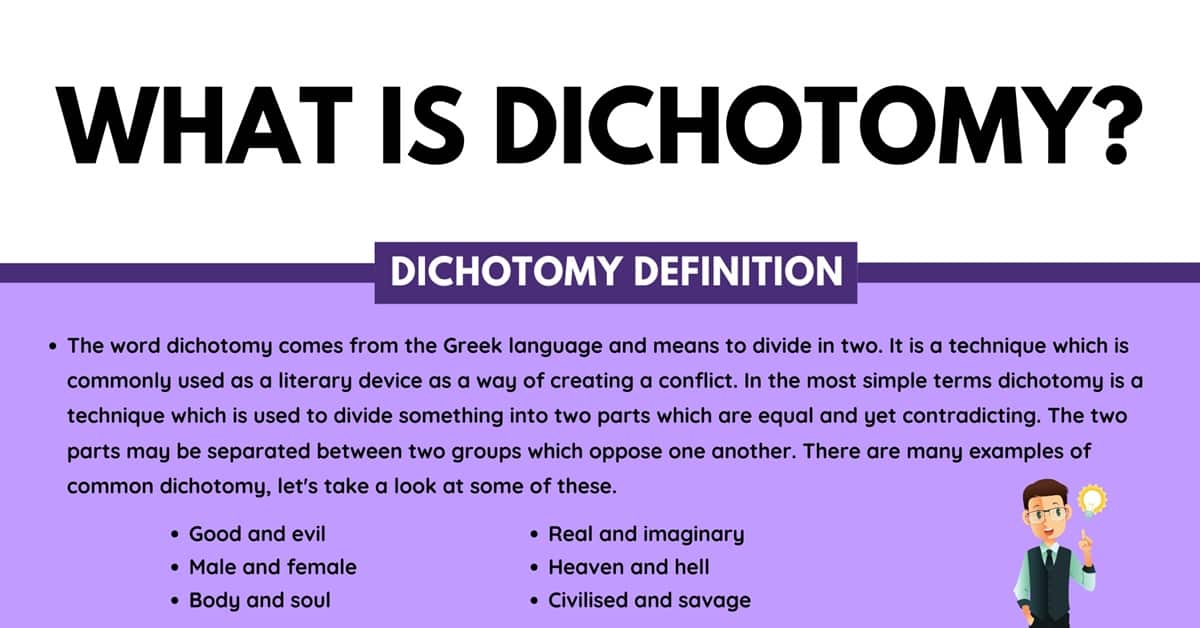 You might have often come across the term dichotomy and wondered what it was referring to. In this article, we are going to be taking a look at not only the meaning of dichotomy but also how it can be used in both a literary sense and in a spoken sense. We are also going to look at some examples of dichotomy in use as a way to help us to gain a greater understanding of its function.

The word dichotomy comes from the Greek language and means to divide in two. It is a technique which is commonly used as a literary device as a way of creating a conflict. In the most simple terms dichotomy is a technique which is used to divide something into two parts which are equal and yet contradicting. The two parts may be separated between two groups which oppose one another. There are many examples of common dichotomy, let’s take a look at some of these.

As you can see, these ideas are are opposite to one another but can be used together in a story or situation, and this is dichotomy. One might see dichotomy as a separation into two parts which relies on a distinction to cause the separation. It might seem like a complicated technique, but in actual fact it is much more easy to understand than you might think.

Examples of Dichotomy In Spoken Language And Day To Day Life

Examples of Dichotomy In Literature

Dichotomy, as we mentioned can be used as a literary device and this is the case for the themes of many works of fiction. The writer might use dichotomy as a way to give more clarity of the opposing situations making it more easy for the reader to understand. They might also employ the use of dichotomy as a way of identifying things and ideas and being able to show the contradictions between them. We are now going to take a look at some examples of times when dichotomy has been used as a literary device.

Dichotomy can be used in both day to day life and spoken language as well as being used in literature. It is simply a sharp distinction between two ideas which are then separated into two opposing parts. Most commonly, you might recognise dichotomy as good and evil or female and male but there are many more contradictions that can be demonstrated with its use, as we have seen in our examples here. 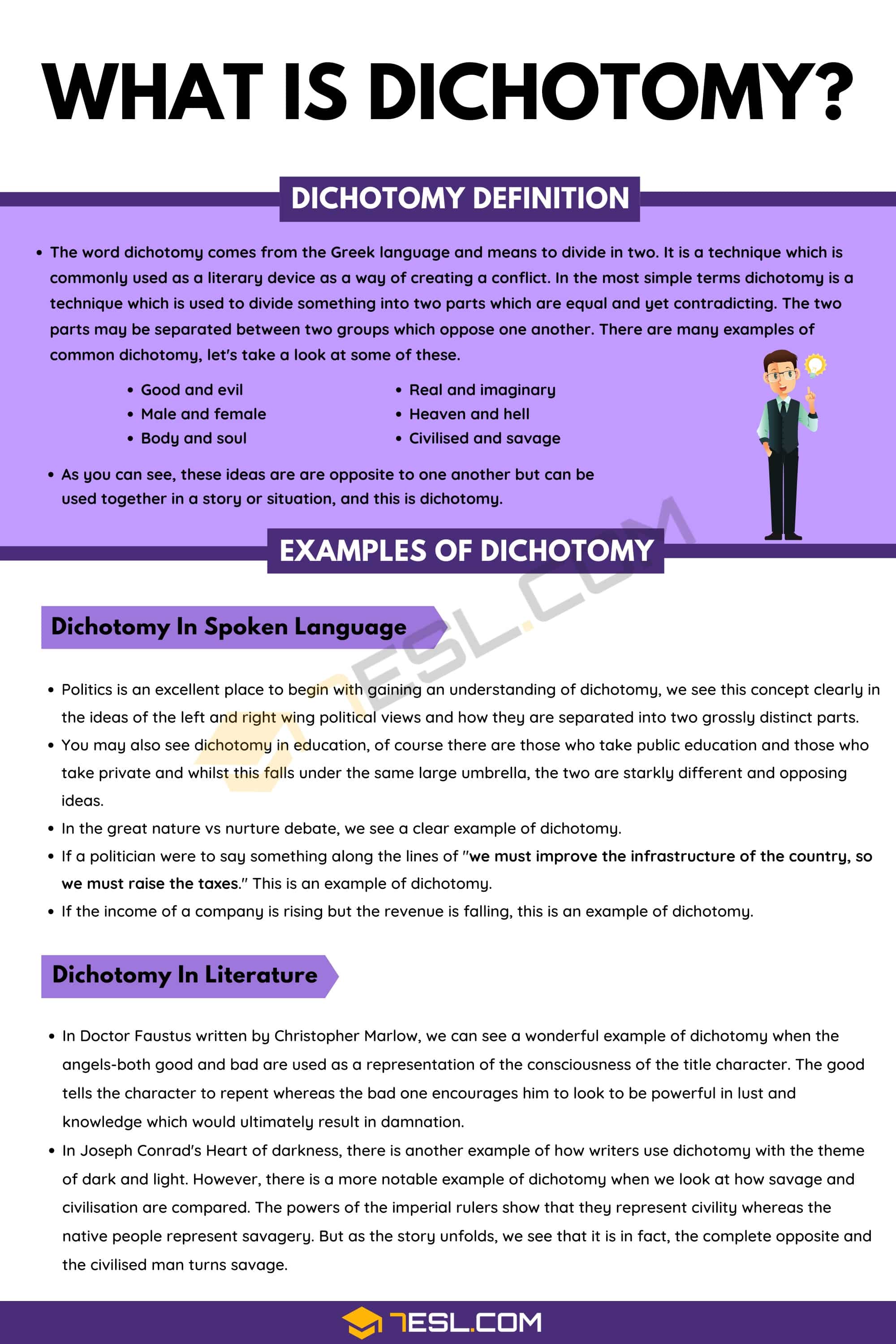 I would argue that the example of male and female would be incorrect, because there are intersex people such as those having xxy xyy xxyy. A dichotomous relationship is binary where there is only 2, whereas when you take a closer look at biological s*x it is not as binary as it appears.

I agree- but I think the point you’re getting at is true of all dichotomous relationships. Just like the fact that that biological s*x is in fact a spectrum, there is no absolute, provable ‘good’ or ‘evil’, and there is no real judge of what is civilised as oppose to uncivilised. Rather, these are words used to simplify, or make better sense the often complex experiences in life. Other dichotomies may ring true at first, but are in fact arguably false dichotomies- such as ‘man vs nature’ (it is not scientifically true that man could possibly be ‘separate’ from nature,… Read more »