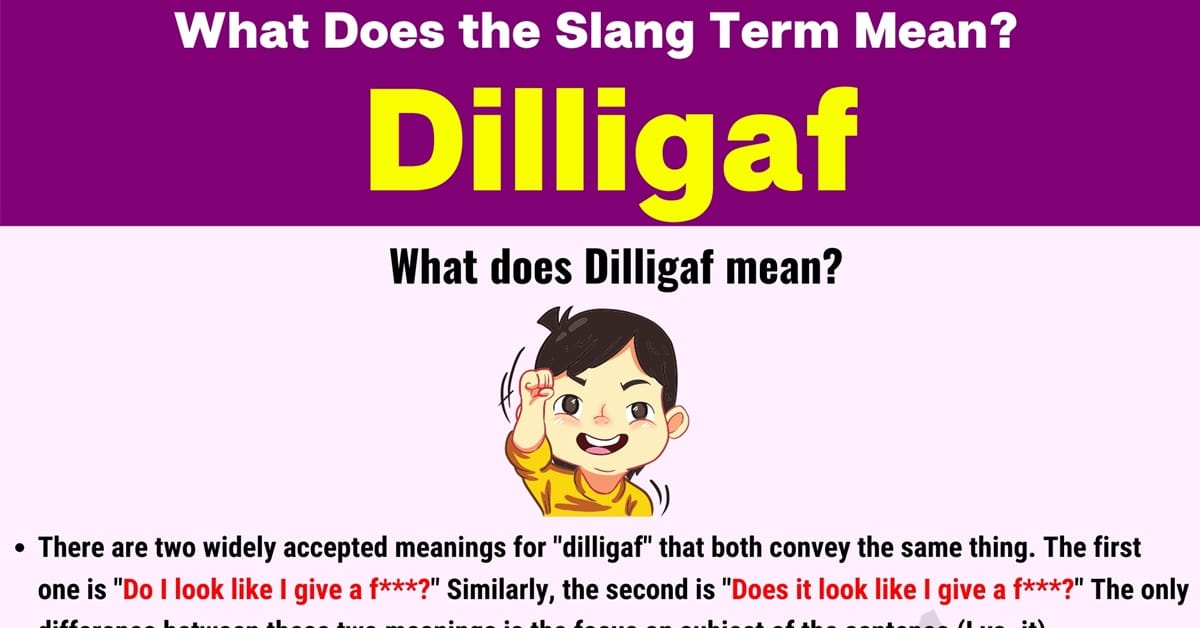 The slang term “dilligaf” is one that can be used between friends in everyday conversation or when a specific event happens. The term does contain some profanity so it is best to use it in an informal setting (like not at work).

What Does Dilligaf Mean?

The term “give a f***” roughly means to care about something. To say “I don’t give a f***” means “I don’t care.” When someone uses the term “dilligaf,” they are essentially asking, “Do I look like I care?”

There are a few possible origins for the term “dilligaf.” Some attribute “dilligaf” to the popular song by Kevin Bloody Wilson. Others say that the term comes from the US military. The military often uses acronyms so this one was used by soldiers to show that they do not care about a given situation.

This term is more likely to be used in texting and online conversation but can also be used in face to face conversations. It can be a way for people to say this term in a way that other people don’t understand (so they are technically not using foul language).

In this texting conversation between two co-workers, we see that they are passing the slow part of their day on their phones. Co-worker 2 lets co-worker 1 know that they are going to John’s house in the evening. Co-worker 1 is surprised by this news as he did not receive an invitation. Co-worker 1 shrugs off the fact that he wasn’t invited by using the texting abbreviated term “dilligaf.” He is stating that he doesn’t care about the situation.

This second example shows two soldiers interacting with each other. Soldier 1 is making the rounds to check up on the guards. He comes to find that the soldiers who were on guard duty are not taking their job seriously and are doing things they are not supposed to be doing. When Soldier 2 tries to explain the situation, soldier 1 cuts him off and uses “dilligaf?” This means that soldier 1 does not care what the reasons for this behavior are, he just wants it fixed.

Similar expressions to “dilligaf” include: 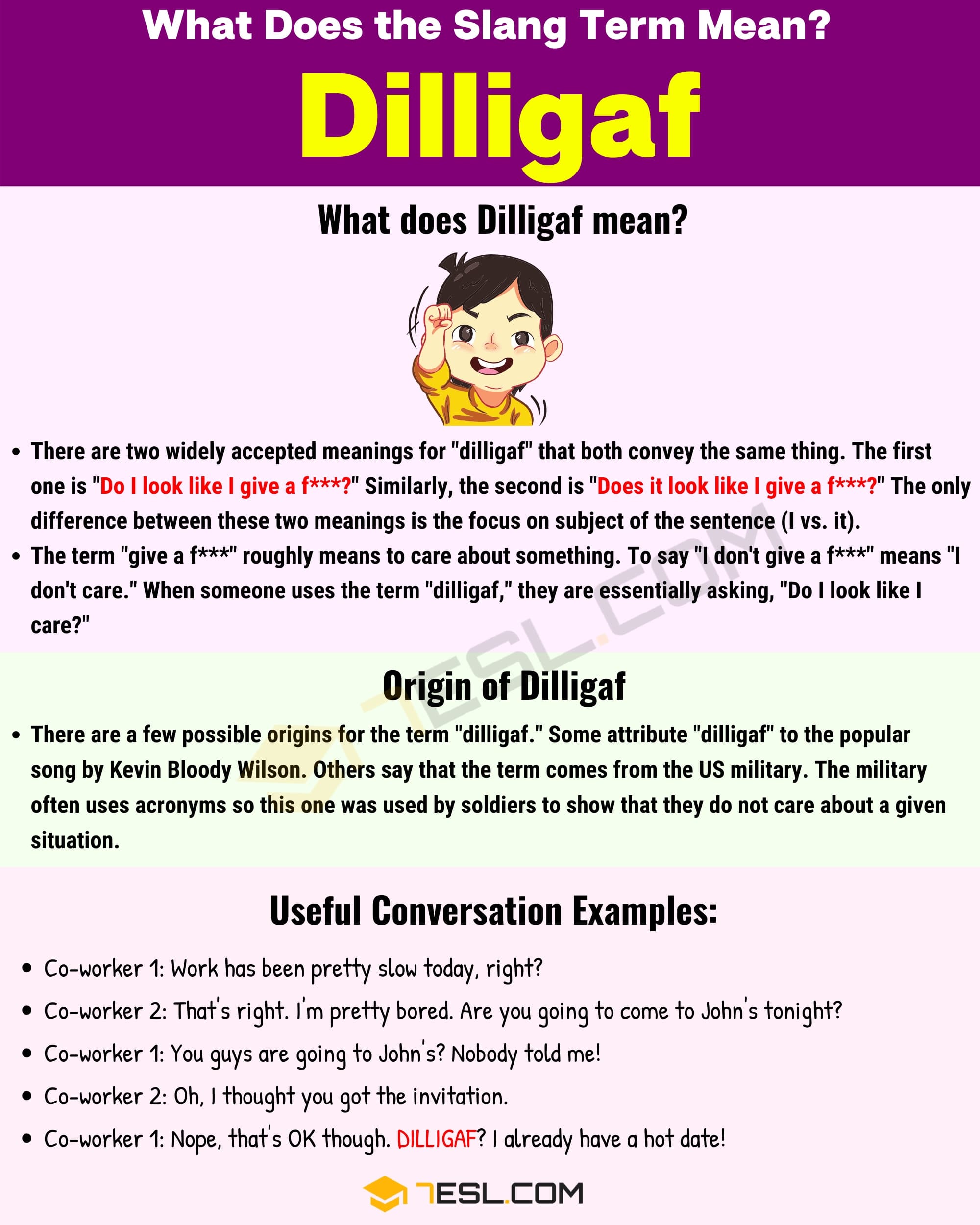