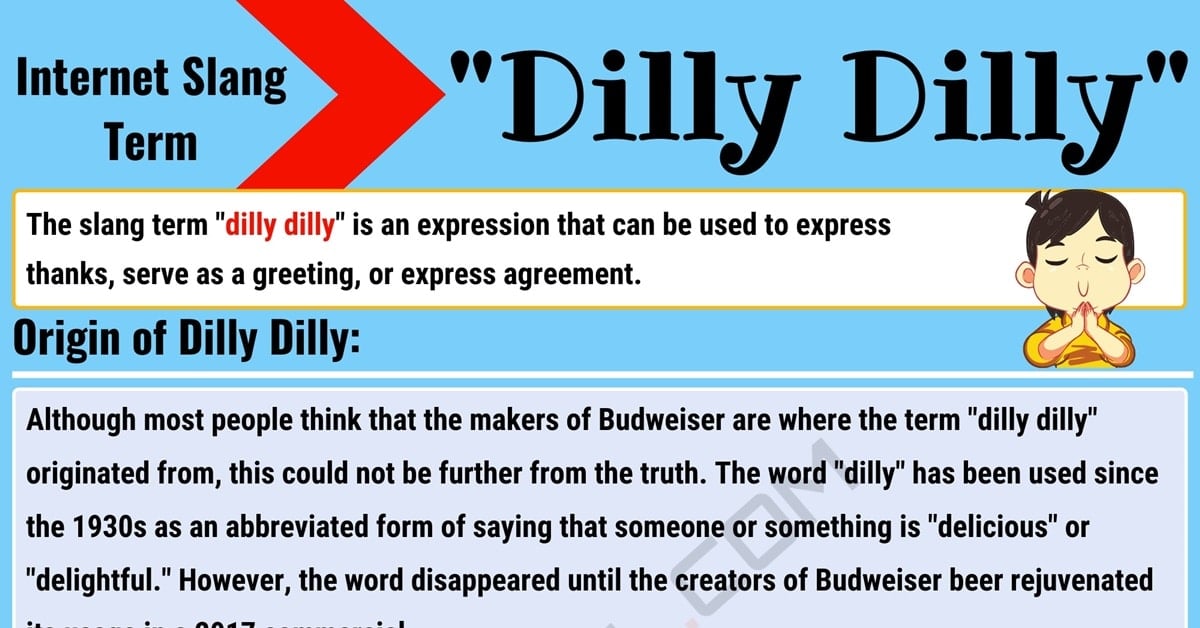 If you have watched any kind of television in the last few years, especially televised sporting events, then you have heard the slang phrase “dilly dilly” heard many times. Here you will not only find the meaning of that phrase, but you will also find some information regarding its origin and discover its other meanings if any exist. Additionally, you will see the internet slang term used properly in some example conversations to help you better understand the meaning of this term and find out other ways to say “dilly dilly” using different but similar terminology.

What Does Dilly Dilly Mean?

The slang term “dilly dilly” is an expression that can be used to express thanks, serve as a greeting, or express agreement.

Although most people think that the makers of Budweiser are where the term “dilly dilly” originated from, this could not be further from the truth. The word “dilly” has been used since the 1930s as an abbreviated form of saying that someone or something is “delicious” or “delightful.” However, the word disappeared until the creators of Budweiser beer rejuvenated its usage in a 2017 commercial.

Other than the meanings mentioned above in the meaning and origin section, there are no other known meanings of the phrase “dilly dilly.”

A conversation between two former co-workers:

There are several other words or phrases that you can use in place of “dilly dilly” during a conversation to relay the same meaning. Some of the other things you could say include: 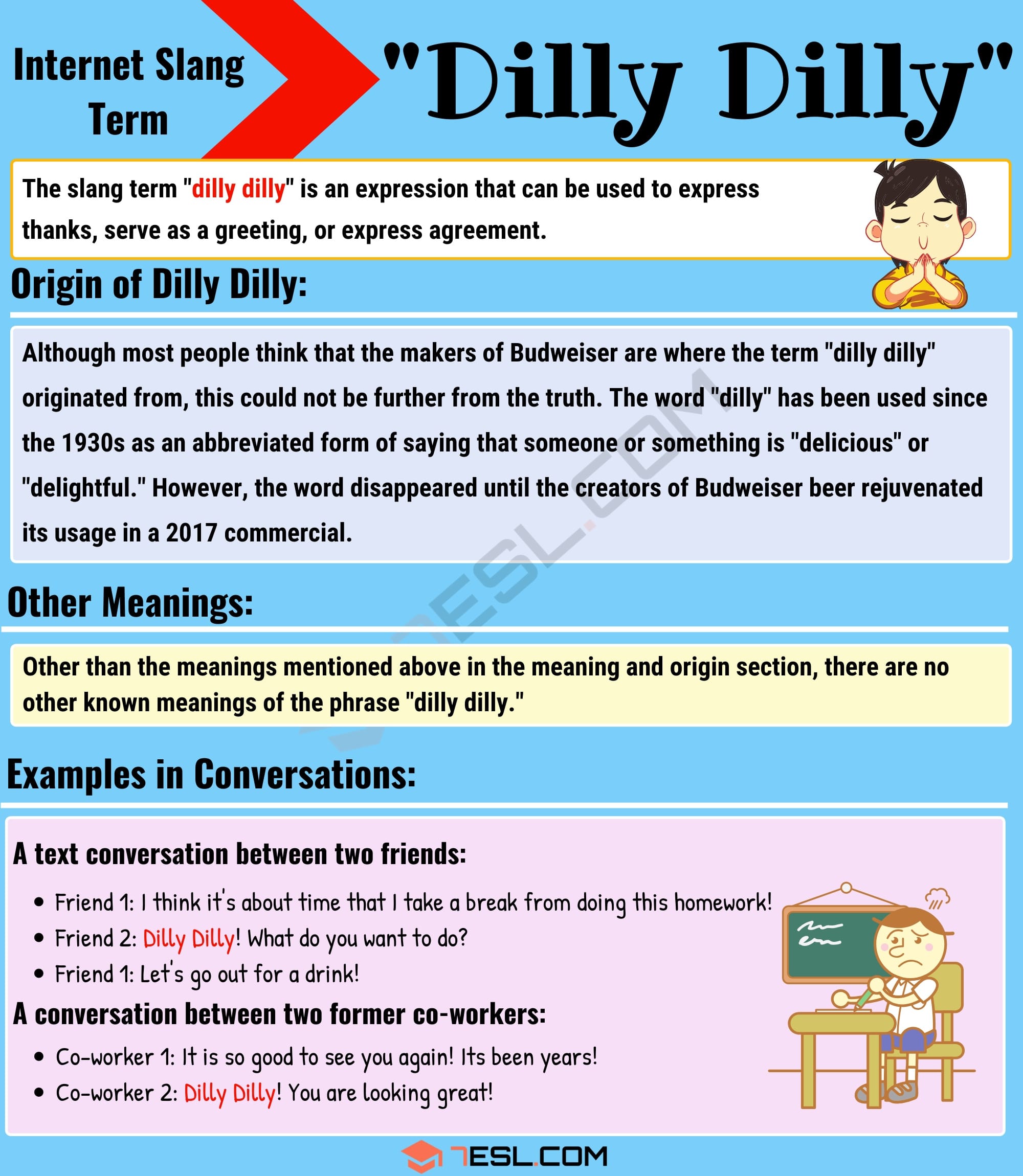