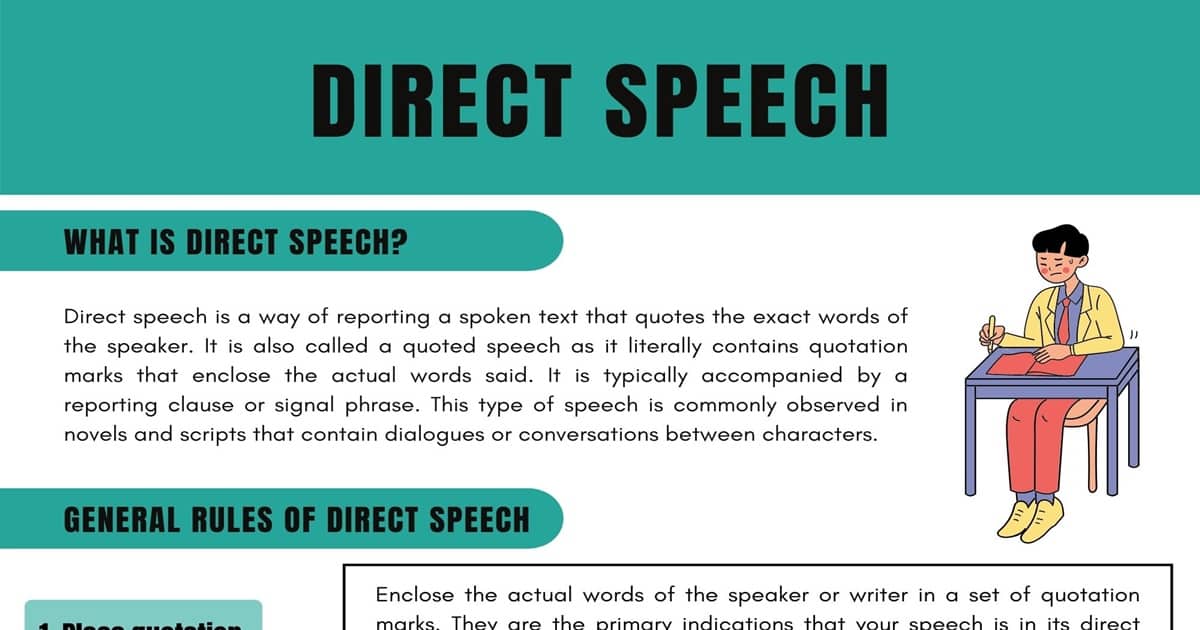 In English grammar, there are generally two ways of reporting a spoken text: direct and indirect. Direct speech differs in composition compared to indirect speech. This article will discuss the definition, rules, and examples of direct speech that will help you understand how it is used in writing.

What Is Direct Speech?

Direct speech is a way of reporting a spoken text that quotes the exact words of the speaker. It is also called a quoted speech as it literally contains quotation marks that enclose the actual words said. It is typically accompanied by a reporting clause or signal phrase. This type of speech is commonly observed in novels and scripts that contain dialogues or conversations between characters.

A direct speech should be written in correct composition so that it will be understood right. Here are the steps on how to do so:

Enclose the actual words of the speaker or writer in a set of quotation marks. They are the primary indications that your speech is in its direct form.

2. Use a reporting clause

Nothing that is not part of the quoted text should be enclosed in the quotation. If you plan to put the reporting clause in between two quoted text, make sure that it is not included inside any of the sets of quotation marks.

However, for quoted speech ending with a question or exclamation mark, you don’t need to put a comma anymore.

Reporting clause before the reported speech

Reporting clause after the reported speech 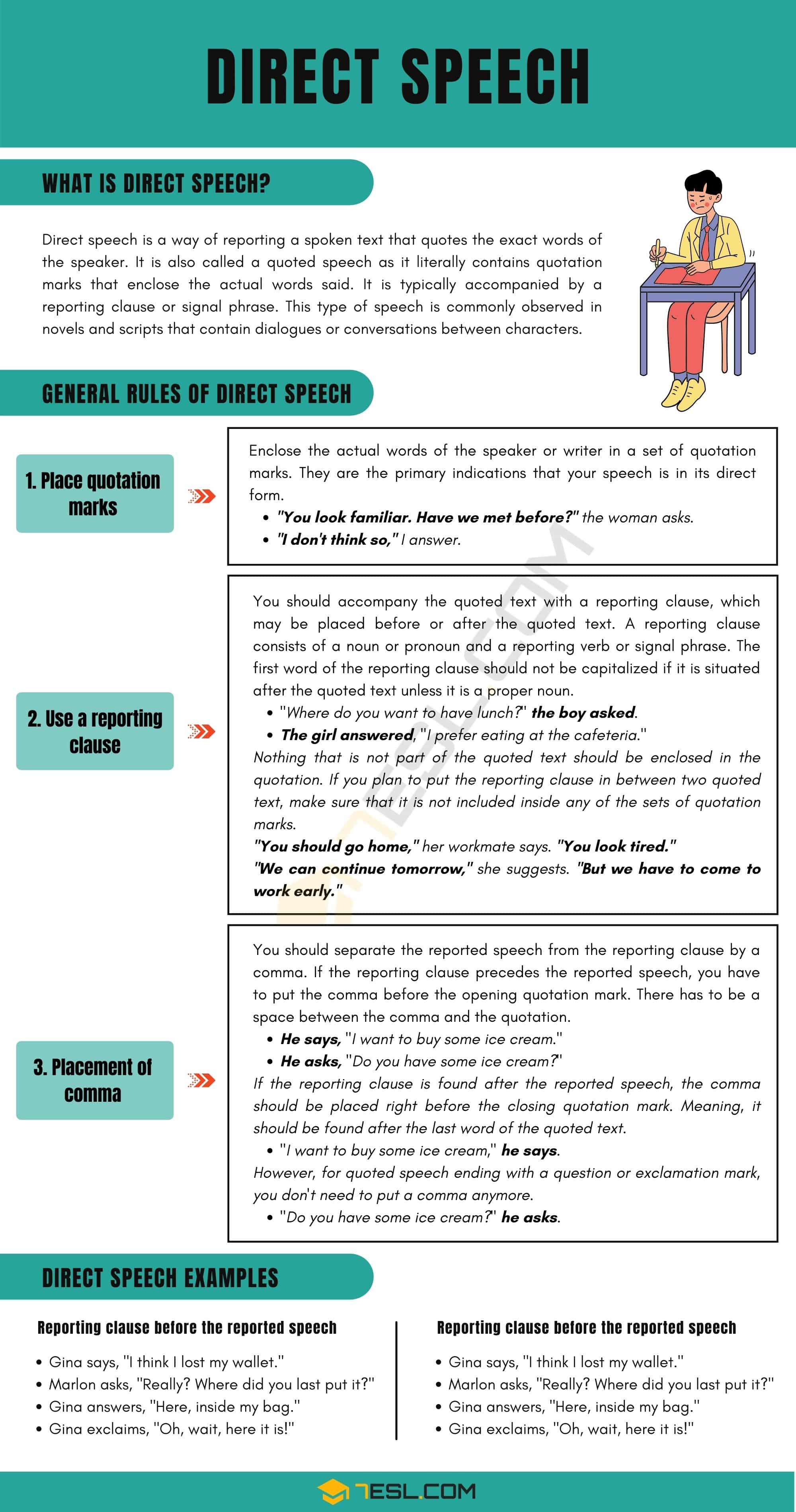 THANK YOU FOR LISTENING