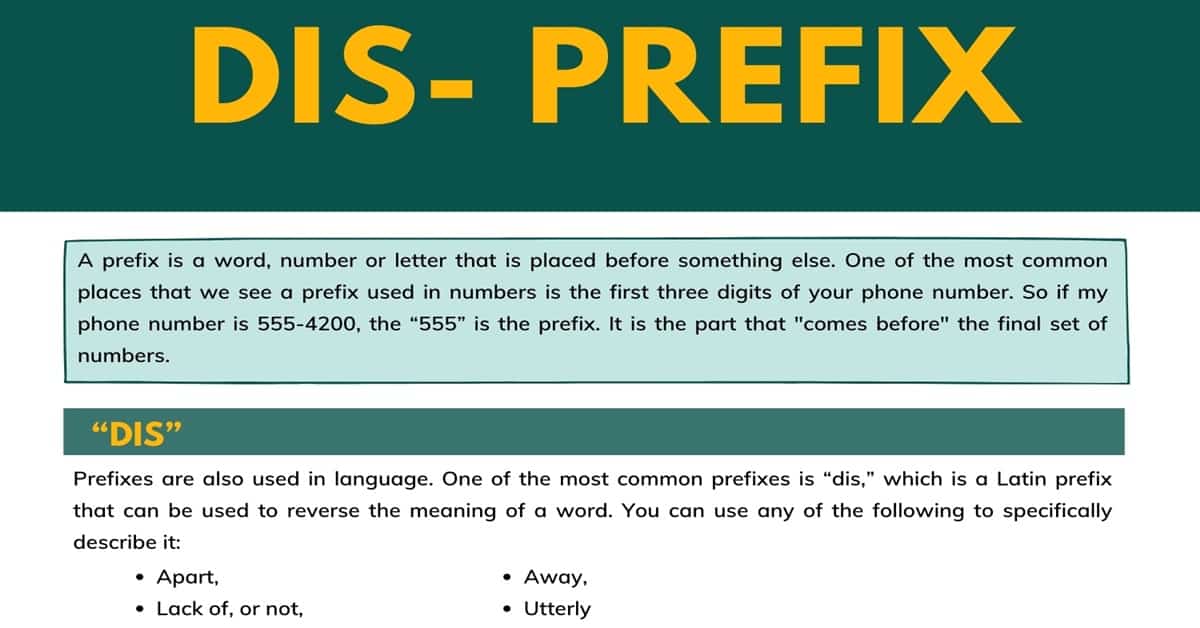 What is the meaning of prefix dis? The following article introduces the definition of prefix and dis prefix with the histories of the word. You will also learn several similar prefixes with dis such as prefix mis-, prefix un-, etc. Now, let’s take a look!

A prefix is a word, number or letter that is placed before something else. One of the most common places that we see a prefix used in numbers is the first three digits of your phone number. So if my phone number is 555-4200, the “555” is the prefix. It is the part that “comes before” the final set of numbers.

Prefixes are also used in language. One of the most common prefixes is “dis,” which is a Latin prefix that can be used to reverse the meaning of a word. You can use any of the following to specifically describe it:

When you add “dis” to a word you are often reversing the meaning. Some examples are:

But what about when “dis” is used in a word and it does not seem to directly reverse it? In many cases, you need to look at the origin and meaning of the word itself. A perfect example of this is the word “discover.”

“Discover” means to find, reveal, expose, or lay open. But in modern English, we generally use the word “cover” in a slightly different way. Most often, people will say things like:

We are using “cover” to describe something that is on top of something else. But the word “cover” actually originates from Old French and means to protect or conceal. That definition still fits with our modern usage (you “covered” yourself with blankets to protect you from the cold), we just no longer make the direct connection.

Similar Prefixes to the Prefix Dis

“Dis” is similar to the prefix “mis,” which can mean badly, unfavorably, or wrongly. In some cases, “dis” and “mis” are interchangeable. For example: trust – distrust – mistrust. Unfortunately, you cannot just substitute “dis” for “mis.” You could not say, “mishonest,” “misallow,” or “missimilar.”

The prefix “un” is also similar to “dis,” but as with “mis,” you cannot simply substitute one prefix for another. “Un” indicates negation or reversal such as:

Although both “mis” and “un” are prefixes that are similar to “dis,” in most cases, you cannot simply substitute one for the other. They all add a reverse, or negative context to a word, but they are used differently in language.

In many cases, the prefix “dis” is used to reverse the meaning of a word. It is also used to describe a lack or removal of something. 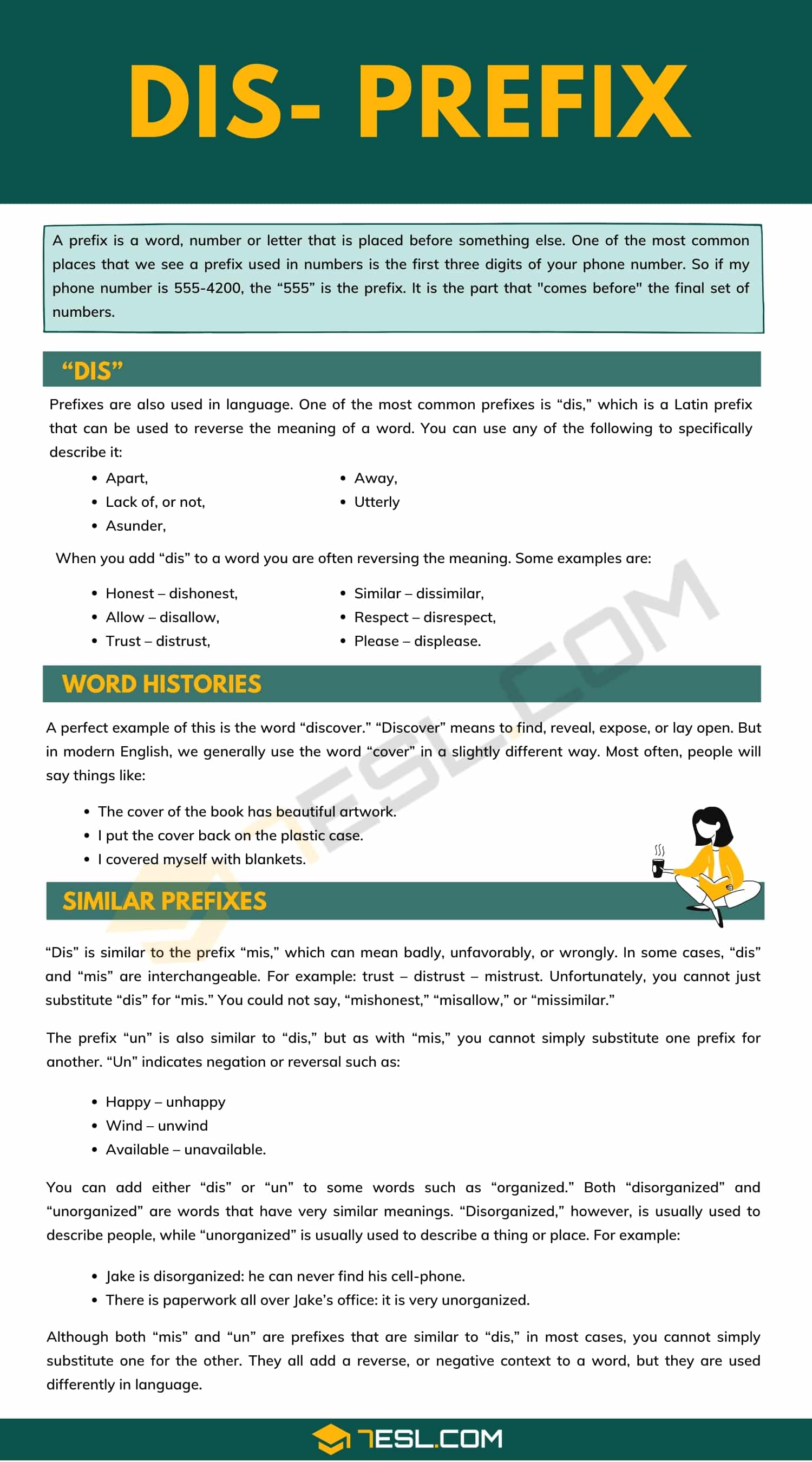