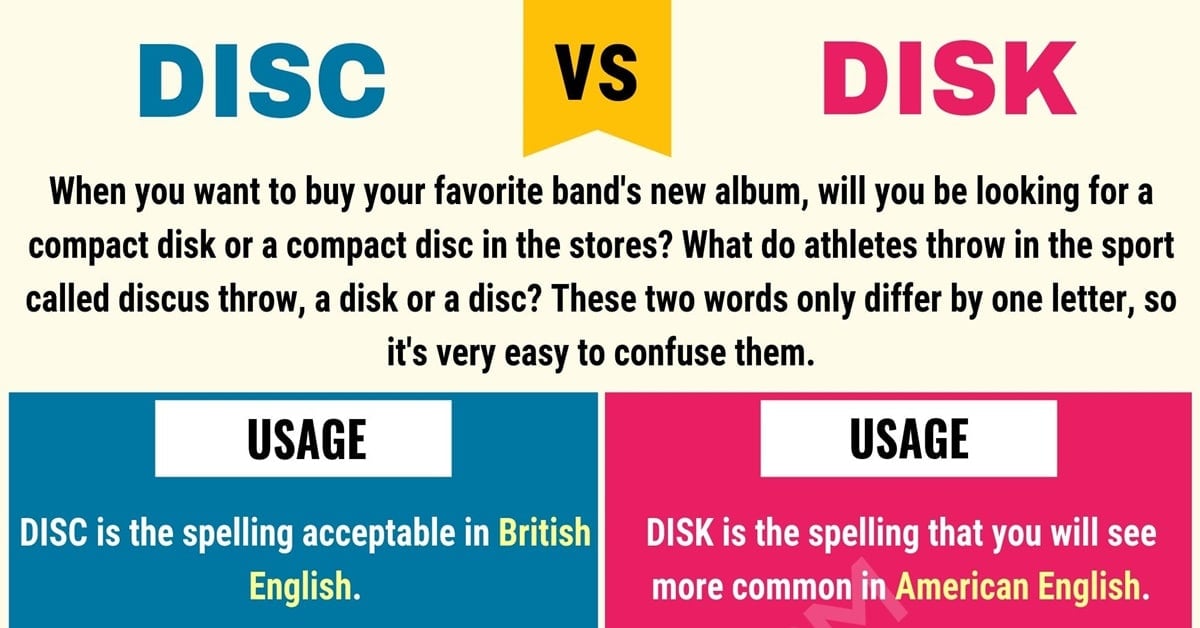 Disc vs. disk! When you want to buy your favorite band’s new album, will you be looking for a compact disk or a compact disc in the stores? What do athletes throw in the sport called discus throw, a disk or a disc? These two words only differ by one letter, so it’s very easy to confuse them. Thankfully, they are, indeed, very similar. Most of the time, they mean the same thing and the only difference is that one word is used more widely in America, while the other is the preferred spelling in Britain.

So, whenever you describe a flat and circular object, the first thing you need to think about is your audience and where do they come from. If you’re writing for people from America or Canada, you should spell it as disk. On the other hand, if you’re talking to people from England or Australia, it’s best to write disc.

However, this isn’t the only thing you should keep in mind. Disk and disc can also refer to different things. For instance, if you refer to computer components, you should spell the word with a k, e.g. hard disk, floppy disk. In anatomy, the term is also disk. Still, in ophthalmology, it’s preferred to spell this word as disc.

Now, what about discs? When you are talking about music, this is how you should spell this word. So, what you buy in a music store is a compact disc, and the person responsible for the music at a party is a disc jockey. Finally, if you find yourself talking about agricultural equipment, the spelling disc is the most common one used.

Even though disc and disk can mean different things in different contexts, one thing always stays the same, and it’s the fact that they share the same root and refer to the same basic shape. So, no matter where you are, no matter which exactly kind of disc or disk you are talking about, your audience will be able to understand you, regardless of the spelling.

When to Use Disk vs. Disc | Picture 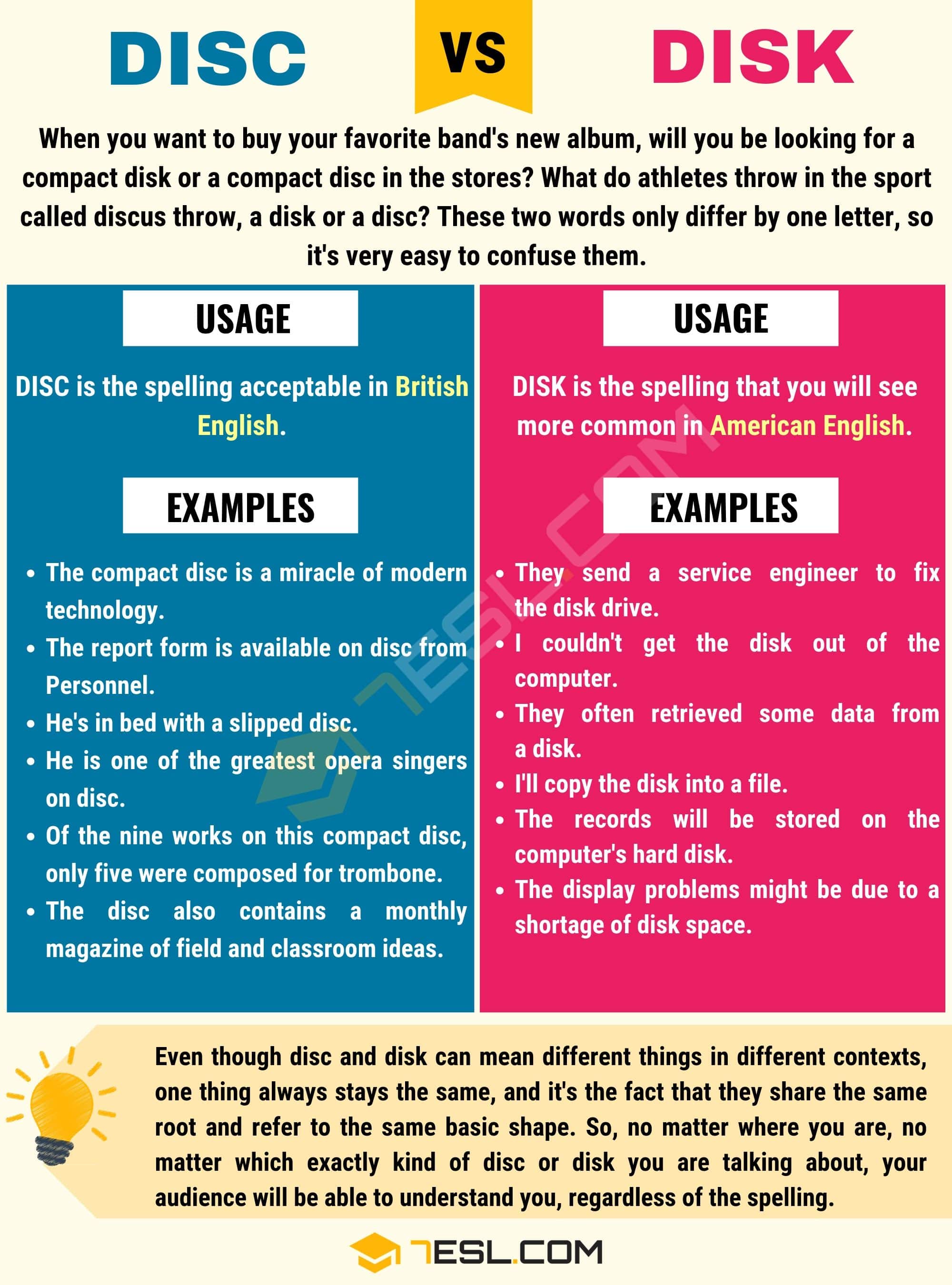