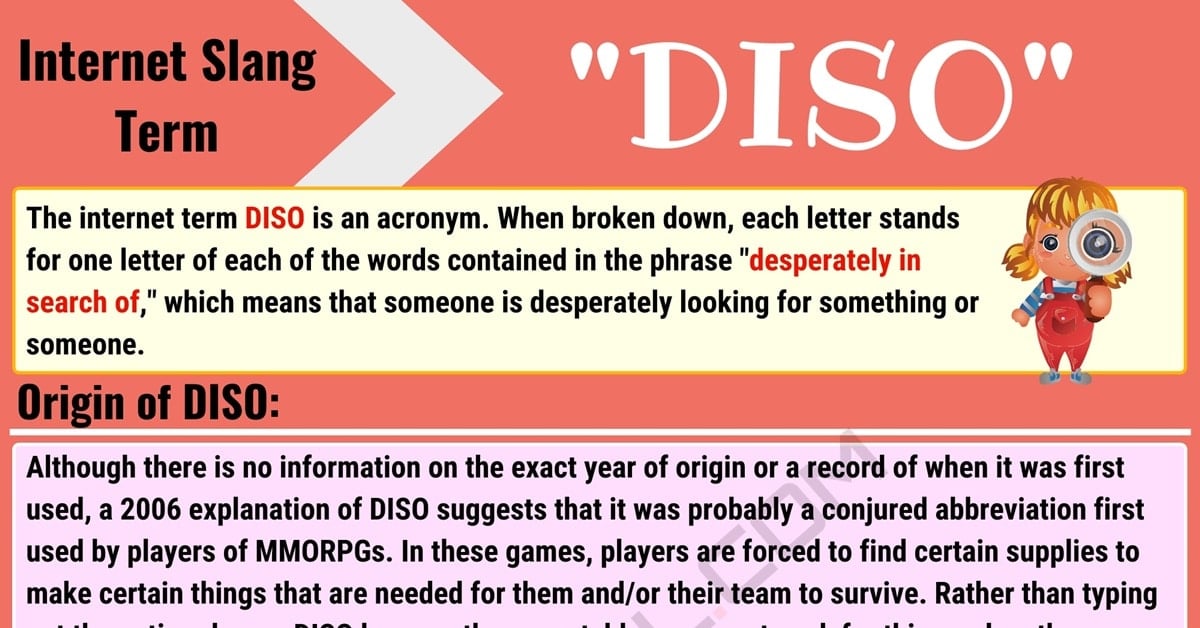 What does DISO mean? With the invention of the internet came the invention of internet slang and abbreviated phrases. DISO is one of these widely accepted slang terms. Below you will find the definition of this term and information regarding the term’s origin.

You will also find other possible meanings if any exist and some examples of how to use the term properly in communication. Finally, you will discover some alternative ways to say the term that means the same thing.

What Does DISO Mean?

The internet term DISO is an acronym. When broken down, each letter stands for one letter of each of the words contained in the phrase “desperately in search of,” which means that someone is desperately looking for something or someone.

Although there is no information on the exact year of origin or a record of when it was first used, a 2006 explanation of DISO suggests that it was probably a conjured abbreviation first used by players of MMORPGs. In these games, players are forced to find certain supplies to make certain things that are needed for them and/or their team to survive. Rather than typing out the entire phrase, DISO became the acceptable acronym to ask for things when they were needed.

According to the Urban Dictionary, dis-o, with a hyphen, is sometimes used as a name for a college practice known as freshman disorientation. During a dis-o, seniors take freshmen that are new to the campus and get them drunk. They then find ways to humiliate them in humorous ways. The Urban Dictionary also defines diso to mean someone who is considered to be a special education student that is being disobedient.

An online conversation on an MMORPG game between two players.

An online conversation between two Facebook users on a housing page:

Some of the choices to replace the abbreviation for DISO include: 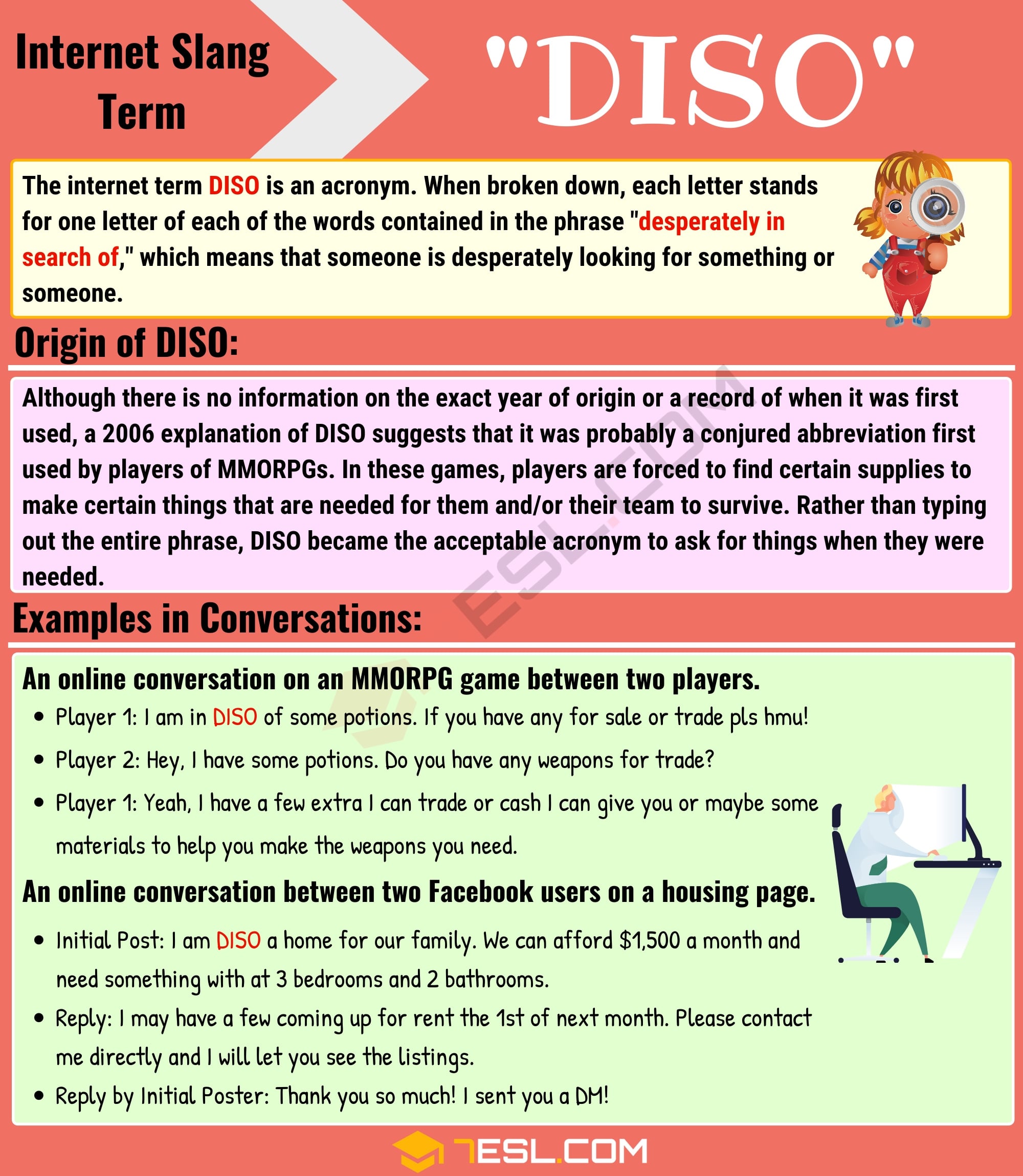