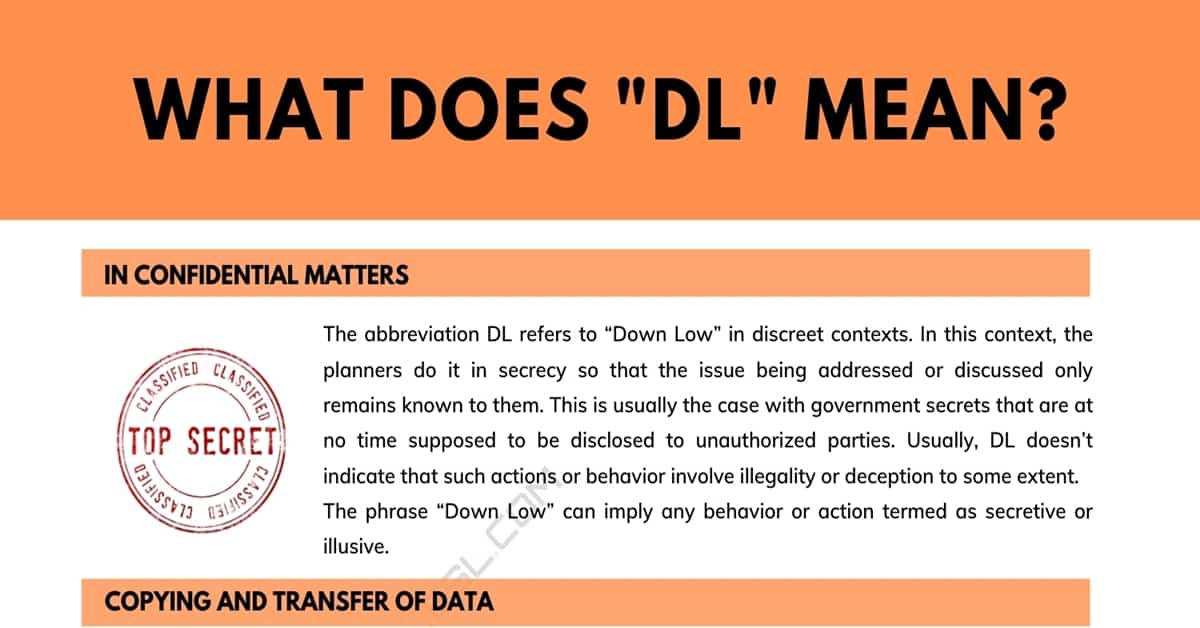 DL is an acronym/slang for multiple terms that fall into different categories. Therefore, the abbreviation DL does not represent a definite word or phrase. Instead, it varies from one category to the other. However, the shorthand DL is often used to refer to the words “Down Low” and “Download,” but it represents different words or phrases in other contexts. So, it is imperative to have an insight into the context you intend to use it. Otherwise, you might end up misusing it, throwing your audience into confusion.

What Does “DL” Mean?

And with that in mind, let’s look at what the slang DL represents in different contexts.

The abbreviation DL refers to “Down Low” in discreet contexts. In this context, the planners do it in secrecy so that the issue being addressed or discussed only remains known to them. This is usually the case with government secrets that are at no time supposed to be disclosed to unauthorized parties. Usually, DL doesn’t indicate that such actions or behavior involve illegality or deception to some extent.

The phrase “Down Low” can imply any behavior or action termed as secretive or illusive.

Copying and Transfer of Data

In advanced learning institutions, the shorthand DL stands for “Digital Library.” A digital library is a requirement for an institution looking to be elevated to modern status. Previously, we had traditional libraries that were not adequately equipped and could not facilitate learners to access library learning resources with ease and convenience.

In organizations, the abbreviation DL means “Department of Labor.” This is where all the labor staff is hosted and resettlement of all matters about labor. This department is available in the most organization involving labor.

In politics, the acronym DL refers to “Divisive Leader.” This is a leader whose actions create disunity or division in a country and its people. This is usually the case with dictatorial regimes that apply divide and rule tactics.

In computing, the abbreviation DL means “Data Language.” This language only applies to data and not any other format of writing. Advanced computer users like programmers and developers probably have come across the slang DL.

Examples of “DL” in Sentences

Following are examples of slang DL in conversations:

(In this case, DL stands for “Down Low” and indicates secrecy)

(In this case, DL stands for “Download,” but it is not connected to transfer of files) 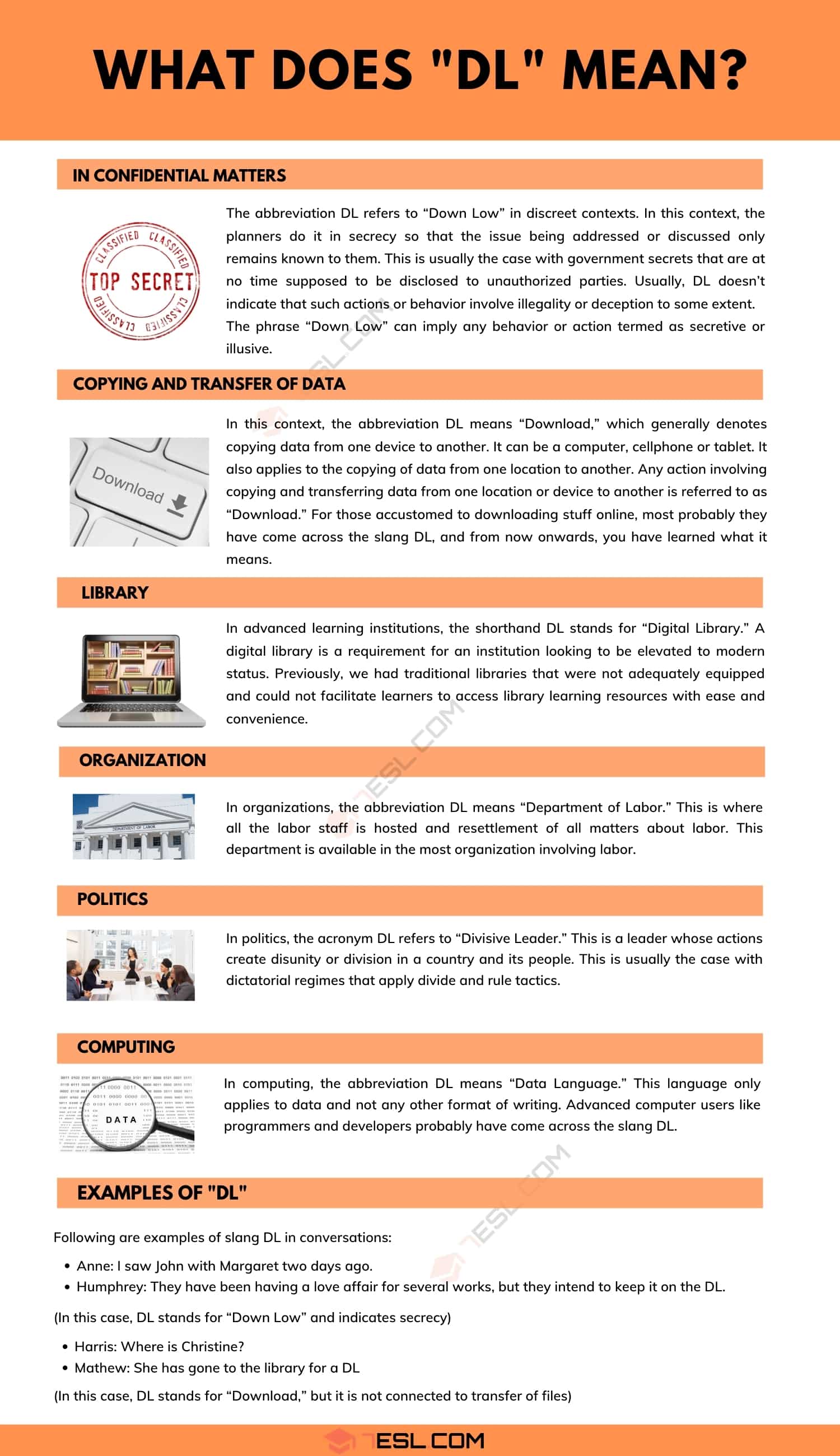