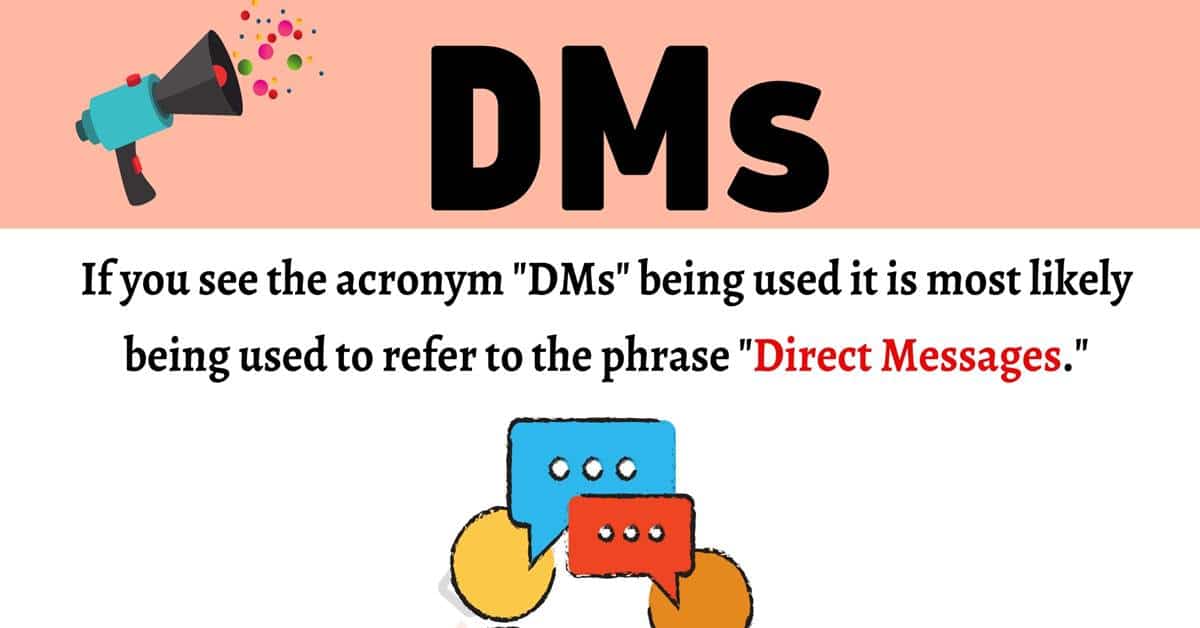 What does DMs mean? If you spend a lot of time on Instagram or Twitter, then you are probably familiar with this term and what it means. If you have seen it for the first time though and have come here looking for meaning, then you have come to the right page. In this article you will discover the meaning of this term, the story of its origin, and some other meanings if there are any. Additionally, you will read through some conversation examples that can assist you in understanding the meaning even better. Finally, you will see some synonyms that can be used to replace this term in a conversation without changing its meaning.

What Does “DMs” Mean?

If you see the acronym “DMs” being used it is most likely being used to refer to the phrase “Direct Messages.”

There is a bit of a debate as to when messaging someone privately began being called a direct message. Prior to being referred to as a DM, people called them PMs (private messages) or IMs (instant messages). Some people believe that calling private messages DMs began on Twitter, while others believe it began on Instagram. Regardless, the trend of calling these types of messages by this name seems to have started at least two years ago in 2017.

Like the case with most acronyms, this one can be used to stand for other phrases, official titles, processes, and many other things as well. Some other things that this acronym can represent are “Defense Message System,” “Document Management System,” “Data Management Software,” “Dead Man’s Switch,” and “Disaster Management Solutions.” These are just a few examples and there are many more. However, they all cannot be mentioned here because there are just too many.

Two friends having a discussion via text message.

There are some similar phrases that can be used in place of this acronym and the phrase it stands for. Some other ways you could say this includes: 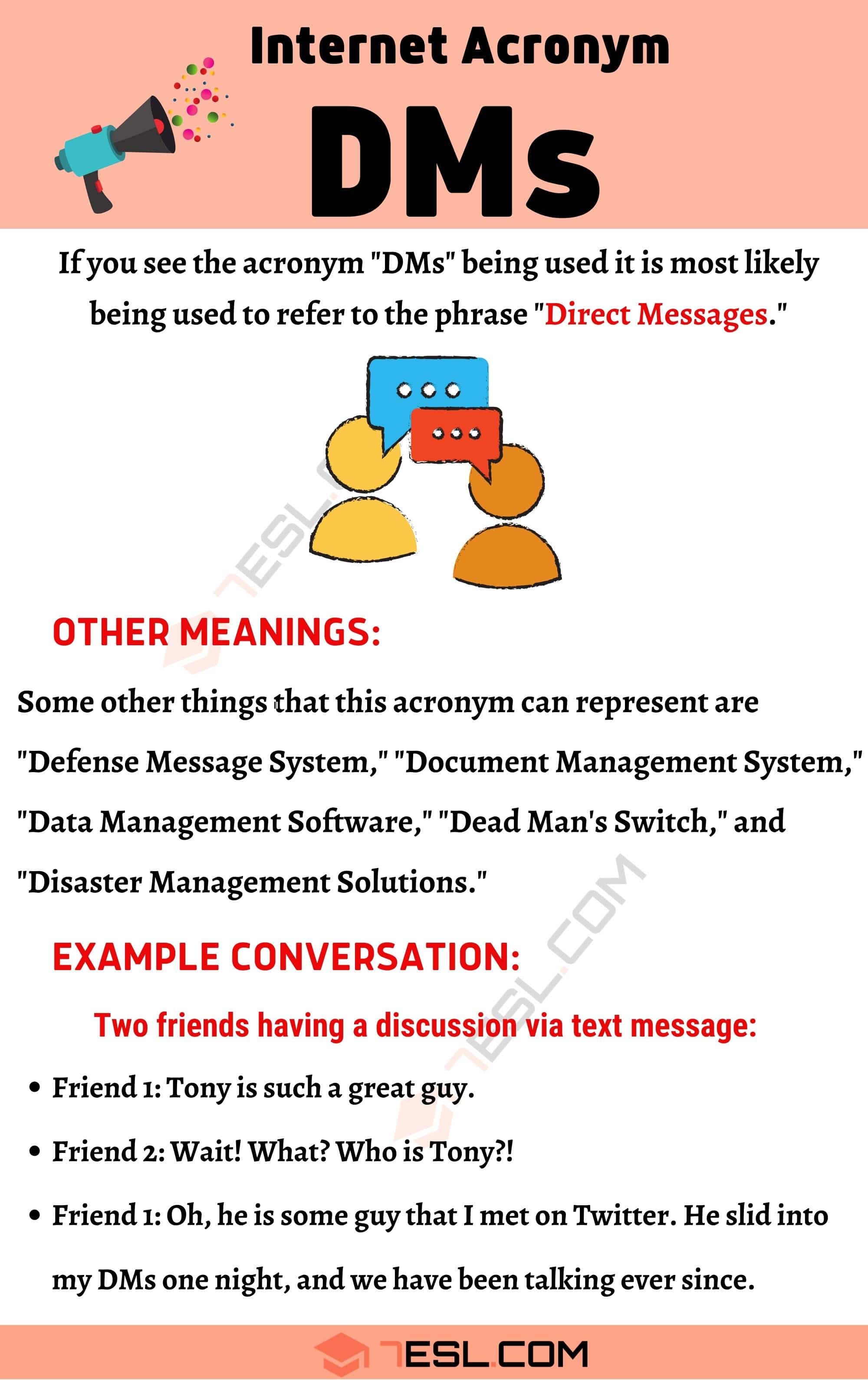