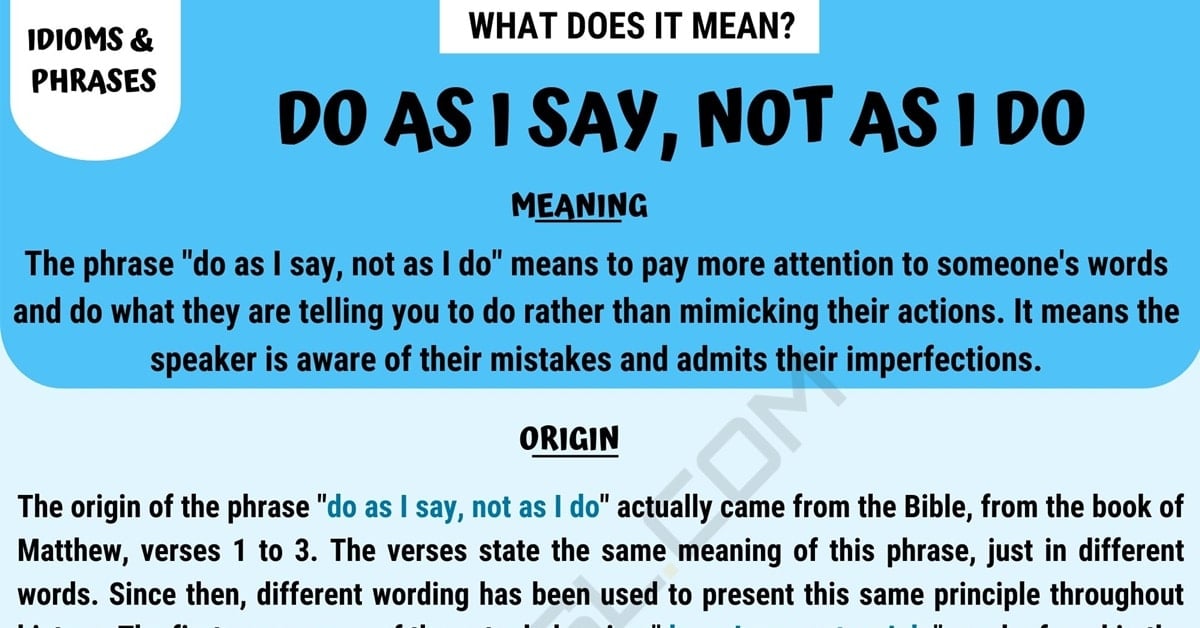 The idiomatic phrase “do as I say, not as I do” may be a phrase you encounter often in everyday conversation and writing. Below you will see the meaning of this phrase and information regarding its origin. You will also see some sample statements and conversations that will help you to properly use this phrase as a part of your everyday communication and you will discover different ways to state the phrase while still conveying the same meaning.

The phrase “do as I say, not as I do” means to pay more attention to someone’s words and do what they are telling you to do rather than mimicking their actions. It means the speaker is aware of their mistakes and admits their imperfections.

The origin of the phrase “do as I say, not as I do” actually came from the Bible, from the book of Matthew, verses 1 to 3. The verses state the same meaning of this phrase, just in different words. Since then, different wording has been used to present this same principle throughout history. The first appearance of the actual phrasing “do as I say, not as I do” can be found in the book Table Talk written by author John Selden in 1654, published after his death in 1689.

Alternatives for “Do As I Say, Not As I Do”

Some alternative things you could say instead of this idiom include:

A statement made by a celebrity during an interview for a well-known entertainment magazine.

A statement made by a recovering drug addict.

A conversation between an older sister and her little sister. 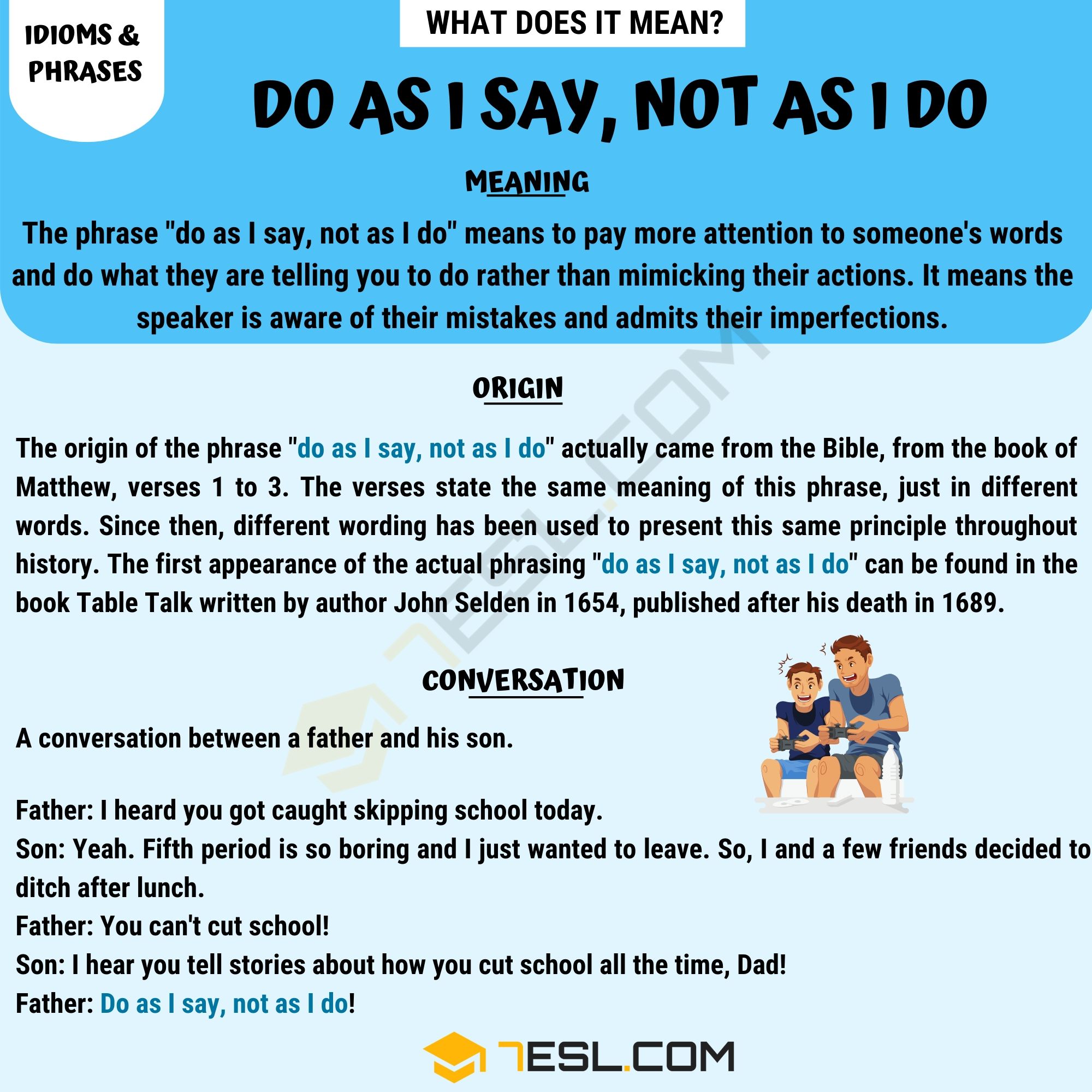