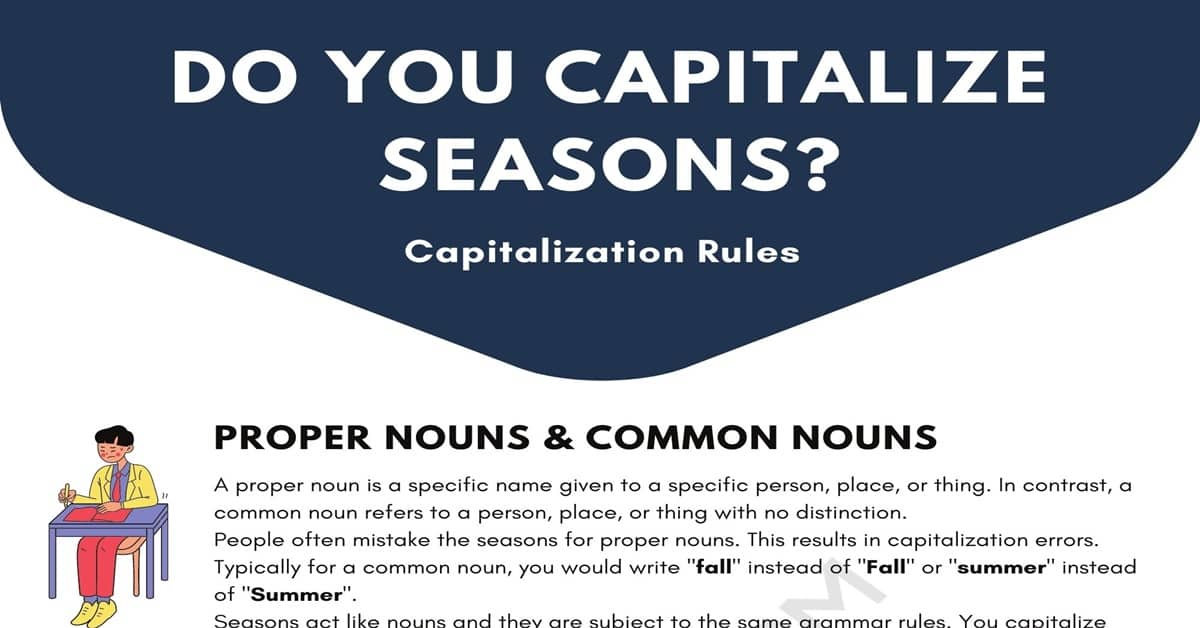 Do you capitalize seasons? Fall, winter, spring, and summer are seasons. You do not typically capitalize the first letter in a particular season. Seasons do not function like days of the week where the first letter receives capitalization; instead, written depictions of seasons usually appear in lowercase format. Of course, exceptions to this general rule do apply.

Do You Capitalize Seasons?

People often mistake the seasons for proper nouns. This results in capitalization errors. Typically for a common noun, you would write “fall” instead of “Fall” or “summer” instead of “Summer”.

Seasons act like nouns and they are subject to the same grammar rules. You capitalize nouns when they are at the beginning of a sentence. Used in this fashion the word is not acting as a proper noun but instead following common noun protocol.

It may seem arbitrary to cast specific days of the week as proper nouns while types of seasons remain stuck in the general noun category. Despite the questioning of this logic, people steadfastly follow this grammar rule.

Seasons fall under the category of time periods. In the English language, time periods do not merit capitalization.

Winter and Summer have become popular appellations for parents during this century. People’s names are proper nouns. Always capitalize someone’s first name even if they share a name with a common noun. After all, it is a specific title given to a person.

You may treat a season as a proper noun if employing personification. In poetry or other literary works, you can capitalize a season if you treat the season as a humanoid character.

Examples of Season Use

Capitalizing the first letter in a season occurs when it someone’s name, a specific title, or the start of a sentence. Below find examples of the seasons being capitalized.

The Personification of the Seasons

Personifying a season can result in the beginning letter of the season being capitalized. Observe examples of season personification below.

Do You Capitalize Seasons? 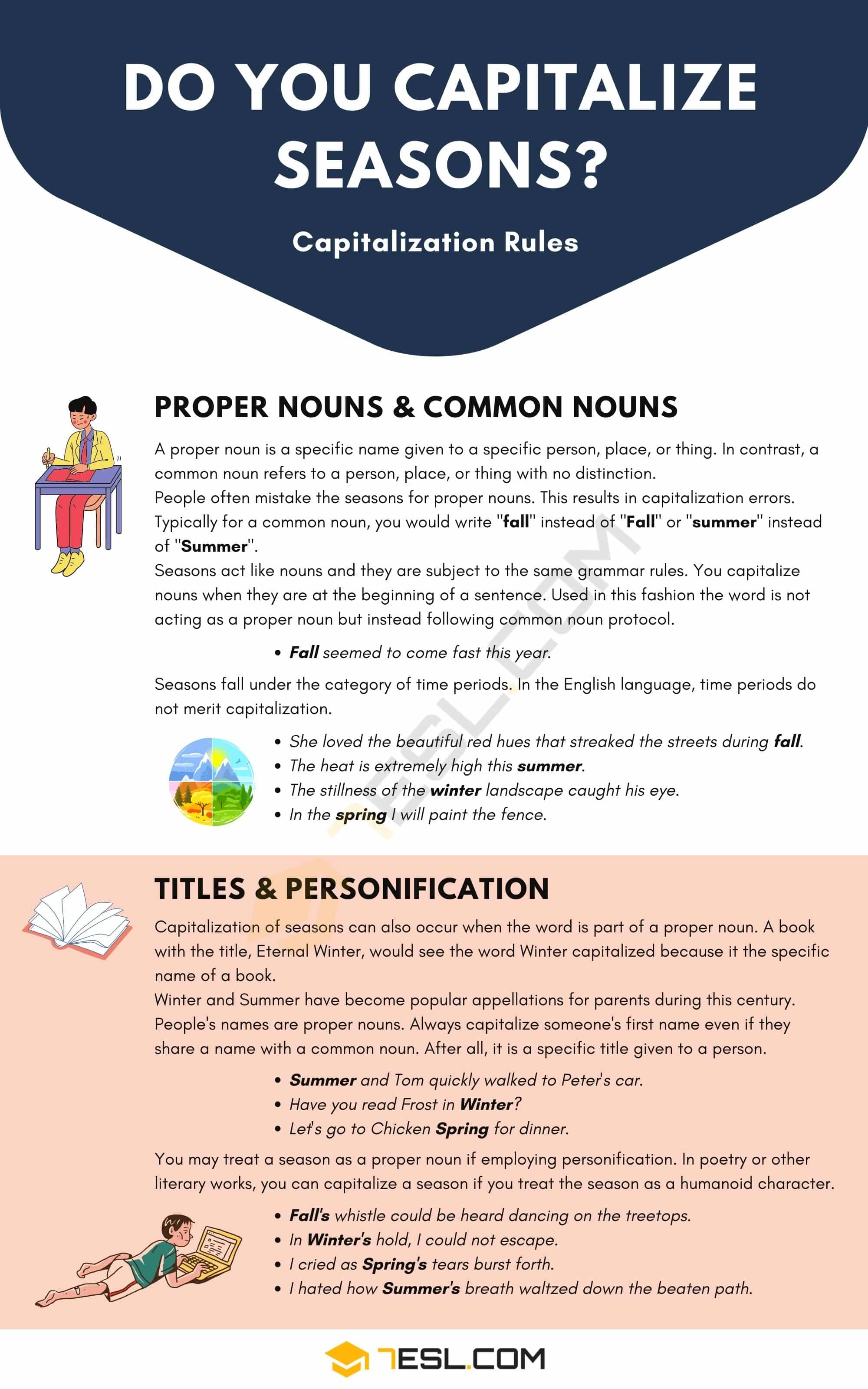