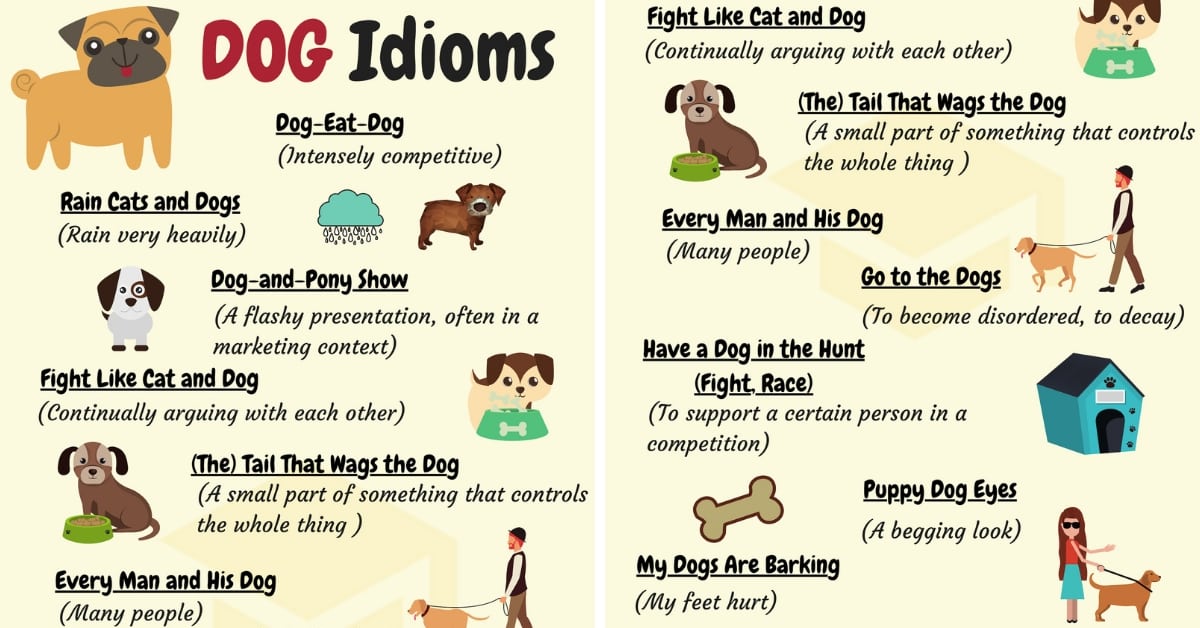 Useful list of cat idioms in English with meaning and examples.

(The) Tail That Wags the Dog

Dog in the Manger

Note: This idiom originates with a fable by Aesop about a dog who sleeps on straw that sheep could otherwise eat.

Note: This is most often used with world, as in this example.

Every Dog Has His (Its) Day

Every Man and His Dog

Note: This is occasionally used outside Australia.

Go See a Man About a Dog

Go to the Dogs

Have a Dog in the Hunt (Fight, Race)

Note: Hunt is the usual version in the USA.

My Dogs Are Barking

List of common animal idioms in English with meaning and examples.