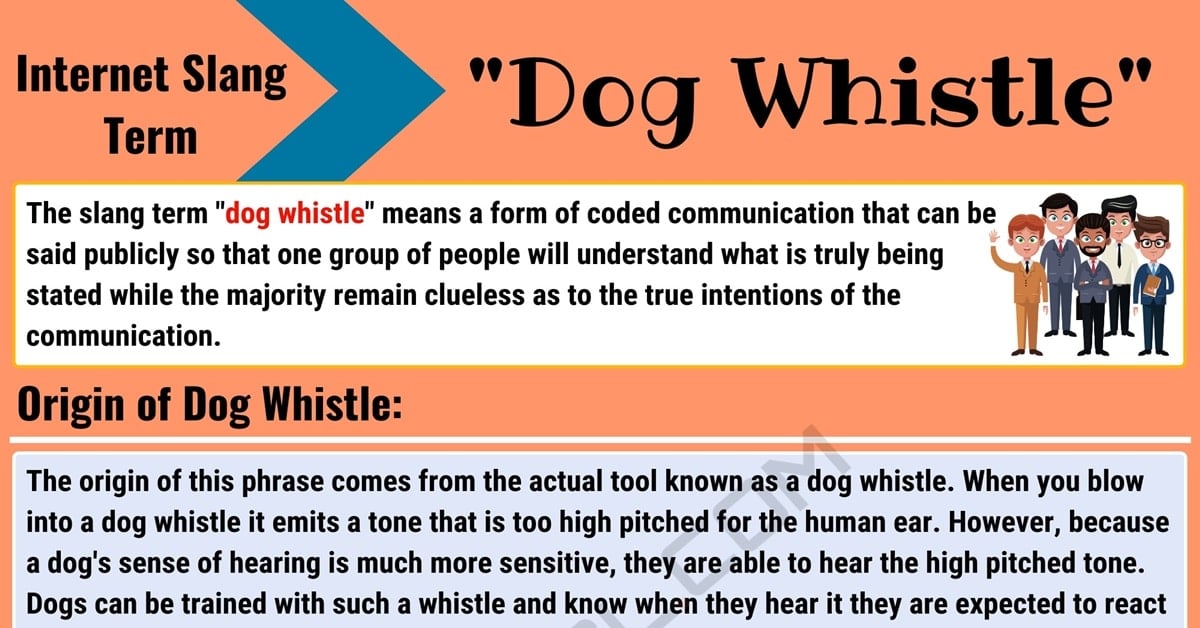 The slang term “dog whistle” can be difficult for people to understand. Here you will find not only the meaning of this term but information about its origin and other meanings if the term if there are any known. You will also find some example conversations using this term correctly to help you gain a better understanding and you will find some synonyms to use in place of this term during a conversation to convey the same meaning.

What Does Dog Whistle Mean?

The slang term “dog whistle” means a form of coded communication that can be said publicly so that one group of people will understand what is truly being stated while the majority remain clueless as to the true intentions of the communication.

The origin of this phrase comes from the actual tool known as a dog whistle. When you blow into a dog whistle it emits a tone that is too high pitched for the human ear. However, because a dog’s sense of hearing is much more sensitive, they are able to hear the high pitched tone. Dogs can be trained with such a whistle and know when they hear it they are expected to react in a specific way. This is similar to the meaning mentioned above because only the dog hears the whistle and knows its true intention. The slang term “dog whistle” has been used since at least 2008.

The only other meaning of the term dog whistle is the explanation stated above in the origin section of this article. A dog whistle can be a physical whistle that when blown into only a dog can hear.

There are several words or phrases that can be used in place of the slang term “dog whistle.” Some synonyms you could use include: