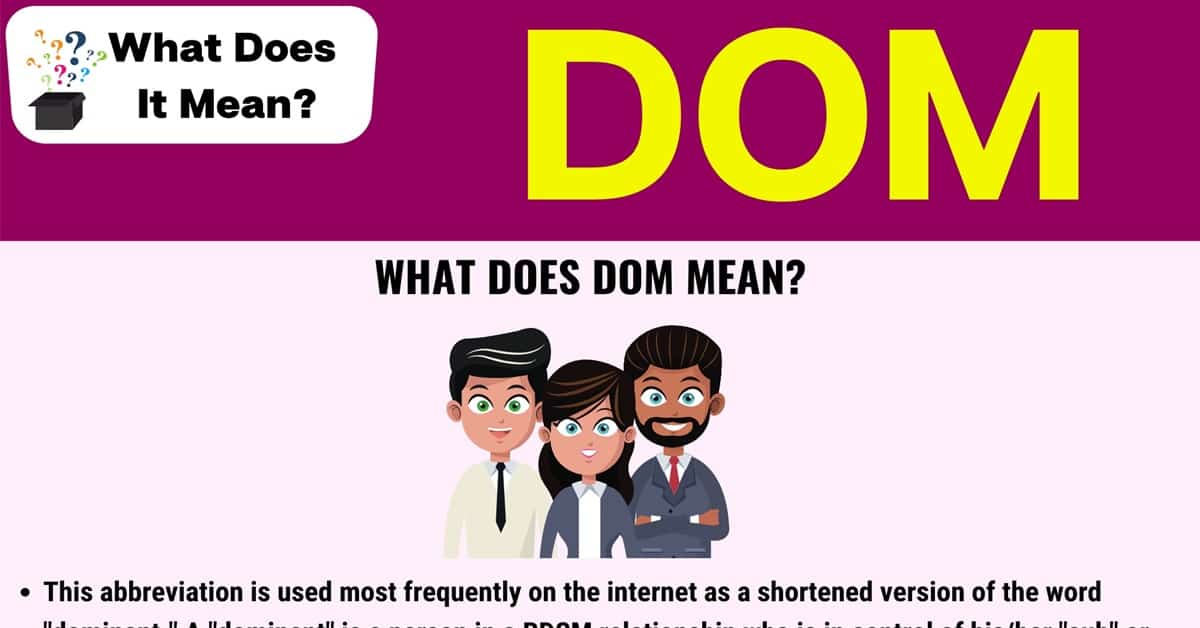 The term “dom” can be used in many forms which means trying to figure out its meaning when used in conversation can be confusing. The meaning must often be discerned from the context it is currently being used in. However, if you came here looking for the most popular meaning of this term, then you have come to the right place.

Here you will find the meaning, information about its origin, and some other meanings for this acronym. You will also see some example conversations that highlight the correct usage of this term in hopes that it will help you to further understand its meaning. Finally, you will see some other words that you can use to substitute this term with other terms that have similar or exactly the same meanings.

What Does DOM Mean?

The origin of the term “dominant” stems from the origin of the word “dominate.” This term is derived from the Latin words “dominari,” “dominate,” and “domitus,” all of which mean to “rule or govern.” From Latin, it was passed to the French and became a word used in late Middle English.

This term can also be a nickname of a person with a name such as Dominic. The term is also used as a suffix for many words and as this part of speech means “a fact or a state of being.” This term can also be used as an acronym to represent many terms such as “Dissolved Organic Matter,” “Department of Management,” “Director Of Music,” “Department Of Mathematics,” and “Division Of Management.” There are many more possibilities of what this can represent as an acronym, but there are too many to make mention of them all here.

A conversation on an online forum. 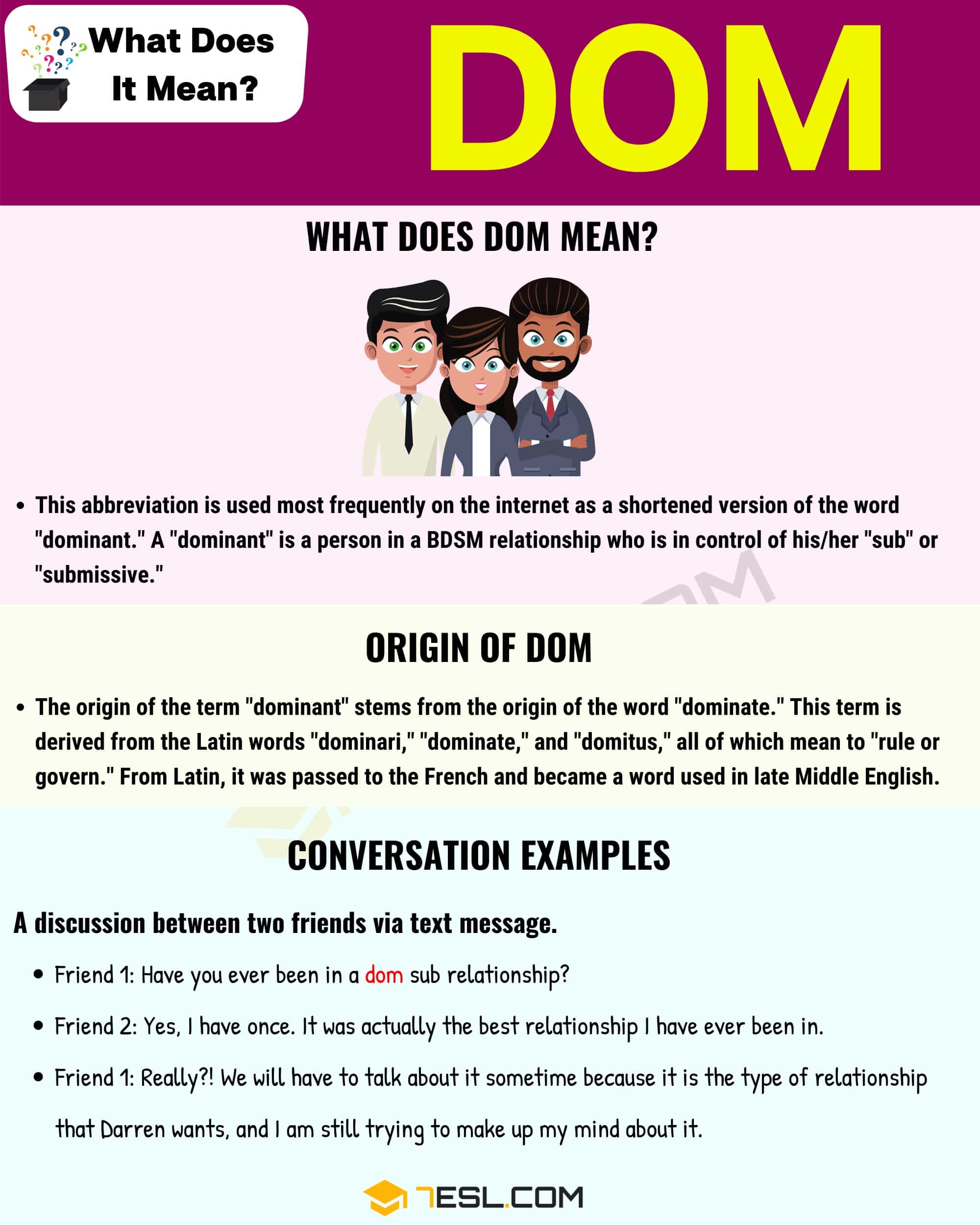