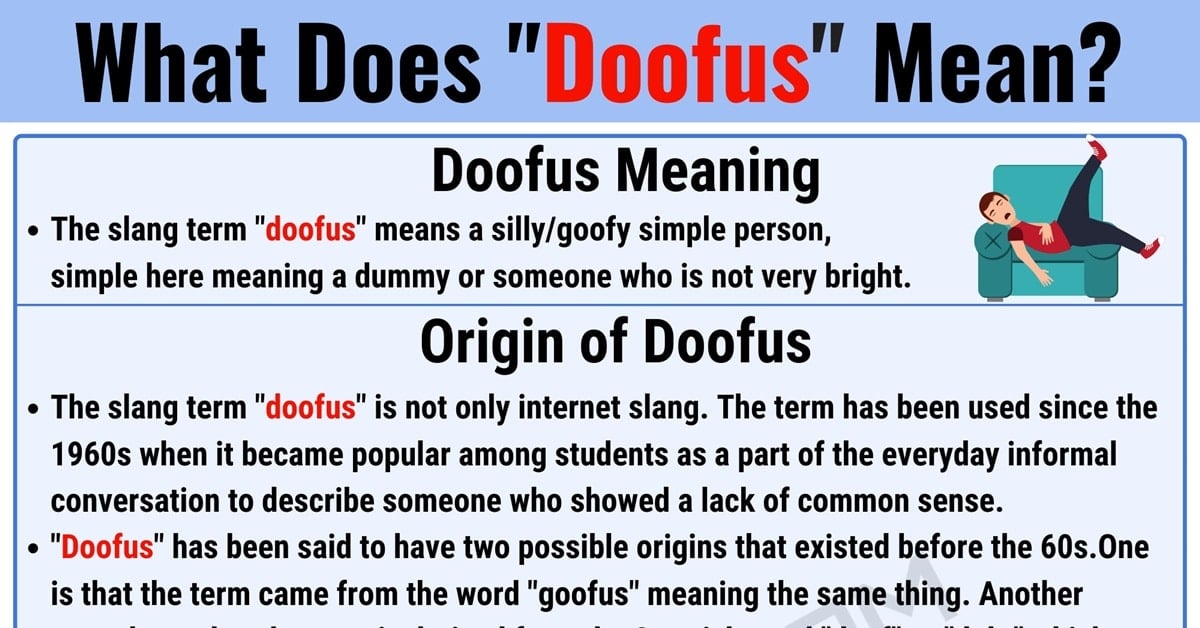 The internet slang term “doofus” is a popular term used in informal conversations. Below, you will see the meaning of this term and the story of its origin.

The article will further provide other possible meanings for this slang term if there are any available and provide some conversation examples to illustrate how to use this term properly. Finally, the article will conclude with some suggestions on how to say this same phrase using other terms that will communicate the same meaning.

What Does Doofus Mean?

The slang term “doofus” means a silly/goofy simple person, simple here meaning a dummy or someone who is not very bright.

The slang term “doofus” is not only internet slang. The term has been used since the 1960s when it became popular among students as a part of the everyday informal conversation to describe someone who showed a lack of common sense. “Doofus” has been said to have two possible origins that existed before the 60s.

One is that the term came from the word “goofus” meaning the same thing. Another speculates that the term is derived from the Scottish word “doof” or “dolt,” which also means the same.

The slang term “doofus” does not appear to have any other known meanings.

A text conversation between two friends talking about one of their brothers:

An online conversation between two people playing a video game:

Some things you could say in place of the term “doofus” include: 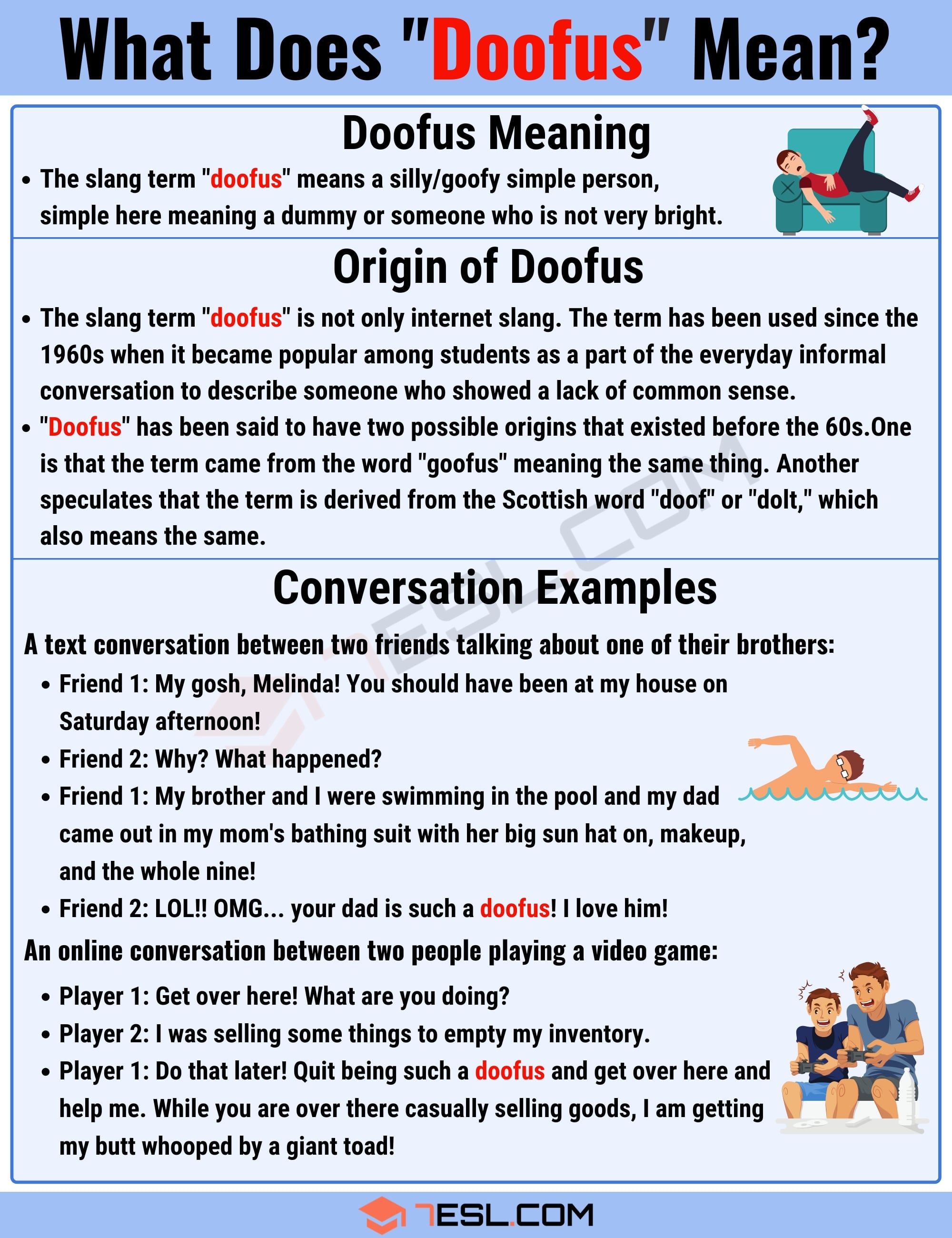