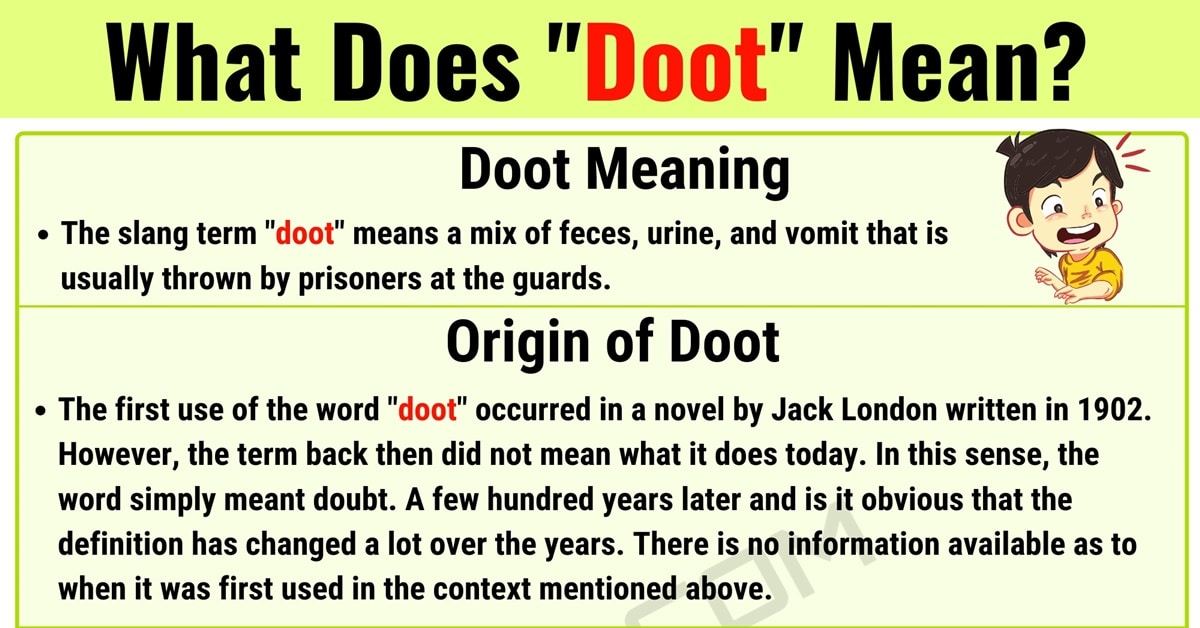 What does Doot mean? The internet has become a popular place for many forms of electronic communication. This form of communication combines some old and some new abbreviations, acronyms, and slang as part of everyday conversation. One of the accepted slang terms is “doot.”

Here you will find the meaning of this term and the information about its origin. You will also find other meanings for this term if any exist and see some examples of conversations that will help you to see how this term is used correctly. Finally, you will some suggestions of how you can say this term differently and still convey the same meaning.

What Does Doot Mean?

The slang term “doot” means a mix of feces, urine, and vomit that is usually thrown by prisoners at the guards.

The first use of the word “doot” occurred in a novel by Jack London written in 1902. However, the term back then did not mean what it does today. In this sense, the word simply meant doubt. A few hundred years later and is it obvious that the definition has changed a lot over the years. There is no information available as to when it was first used in the context mentioned above.

A text conversation between two friends after school:

Some of the ways you could say “doot” differently, depending on the context, could include: 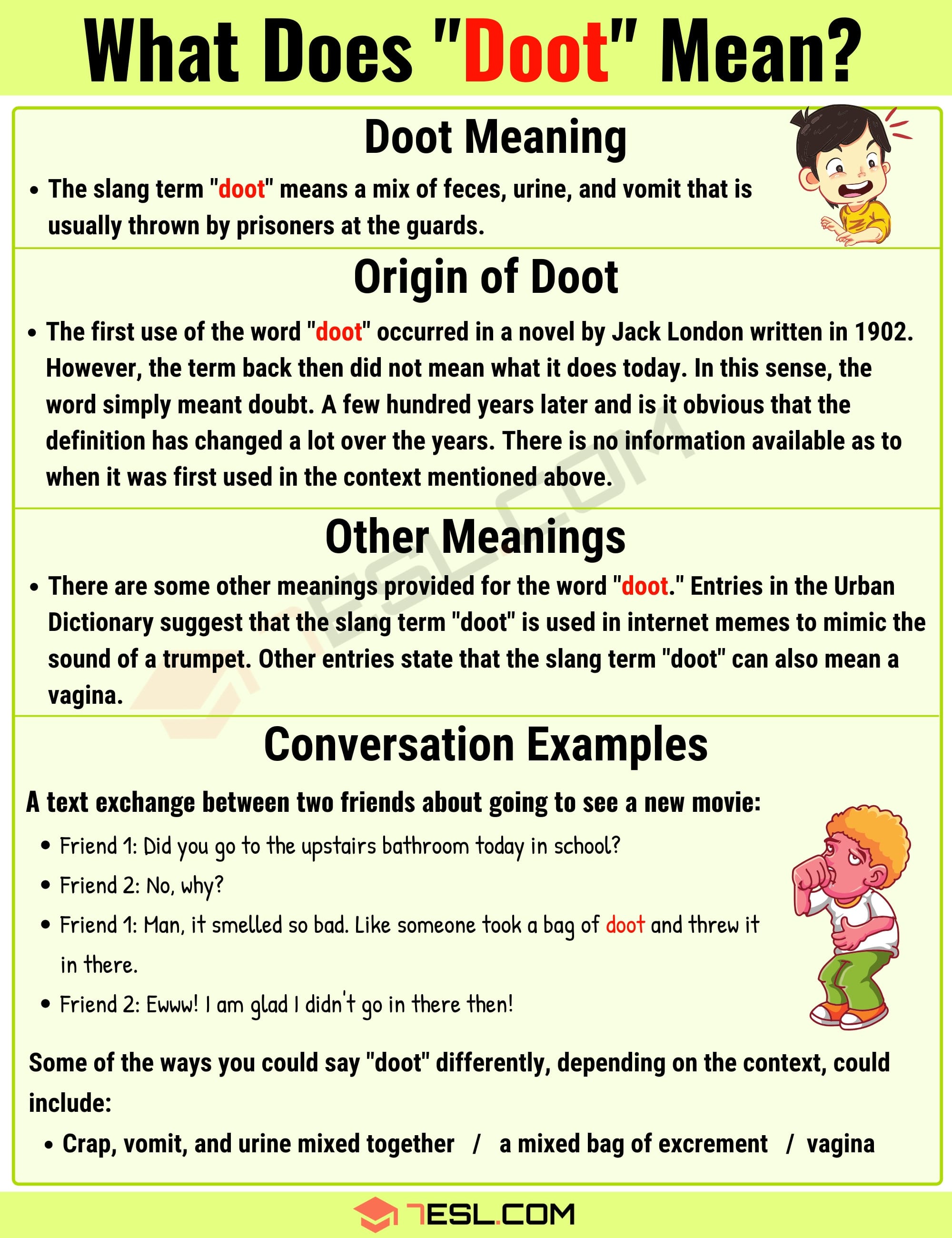 What a boomer page

doot is the sound a trumpet makes dumbass.